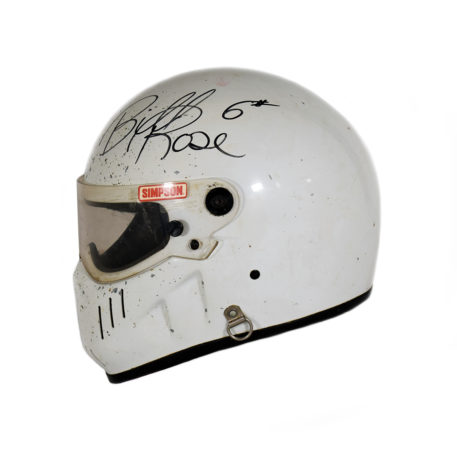 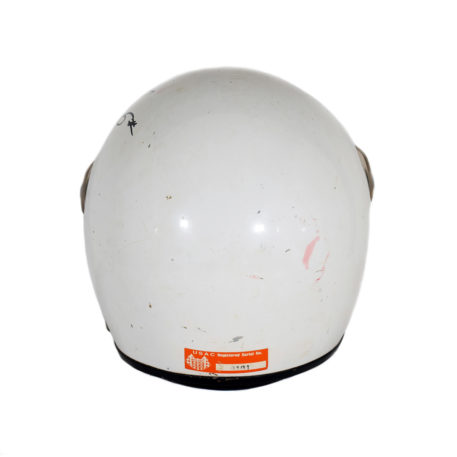 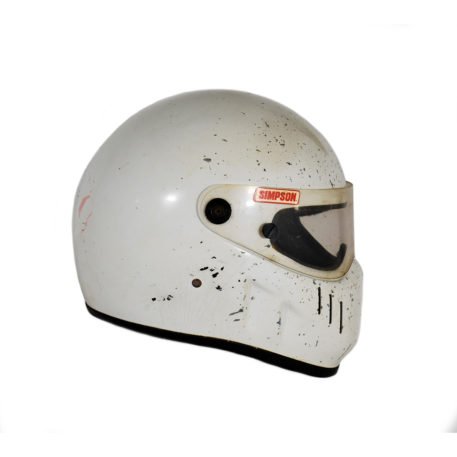 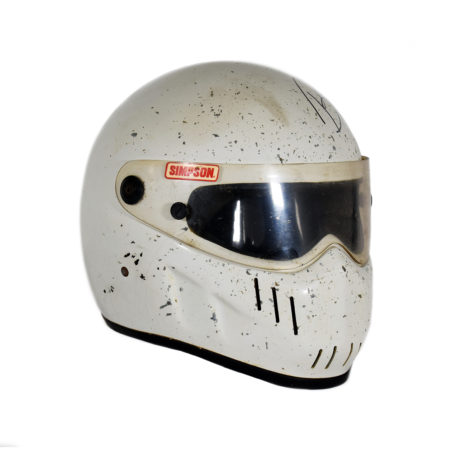 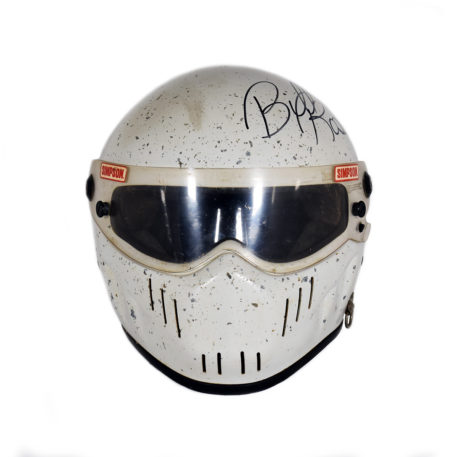 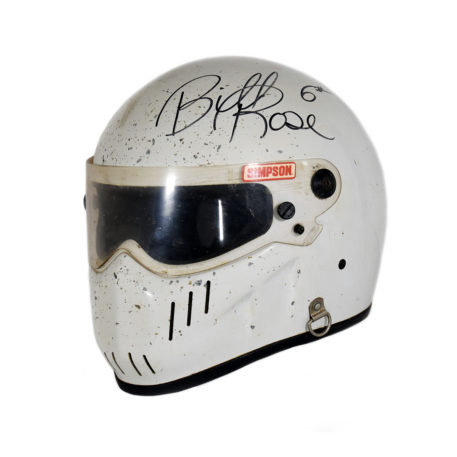 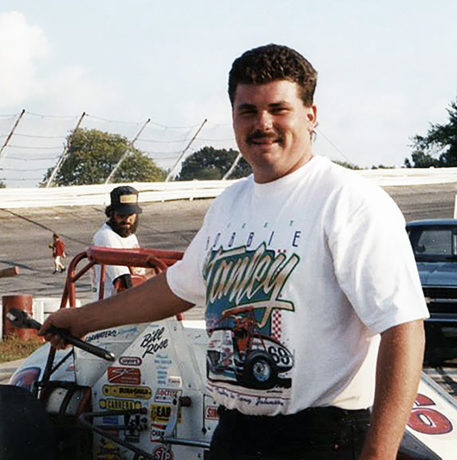 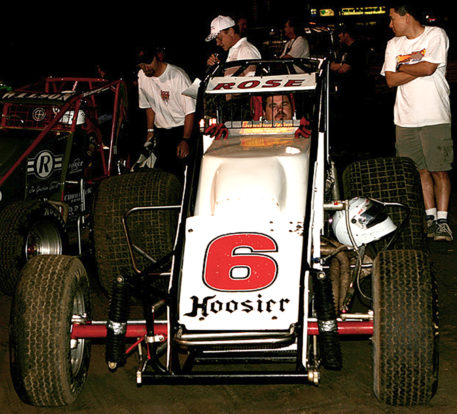 The consummate underdog, Bill Rose, the Plainfield, Indiana Sprint Car driver always faced sponsorship and financing difficulties during his 30 year plus career, but managed to solider on in spite of this fact. He made his first appearance in 1985 in USAC Late Model cars, moved up to Silver Crown cars and then into the World of Outlaws. Rose can still be seen at many race tracks on the USA dirt/pavement circuit, driving in Sprint and Midget car races.

This Simpson Bandit helmet is still in its original unpainted white. Rose very often wore unpainted helmets throughout his career. It shows heavy use and was worn during the 1991 Sprint Car season. Rose has personally signed the helmet on the top and added his race number 6 as well. The helmet still retains its original USAC tech sticker.