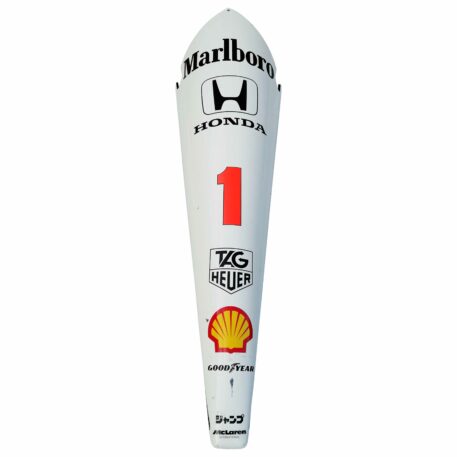 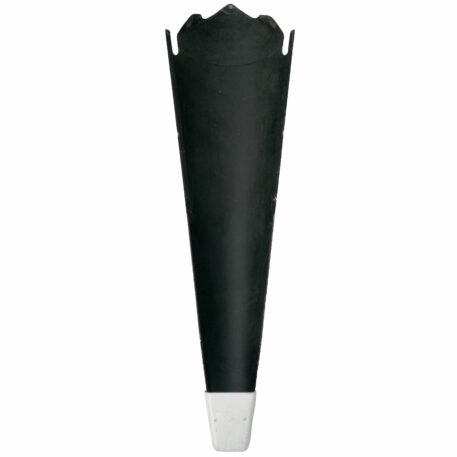 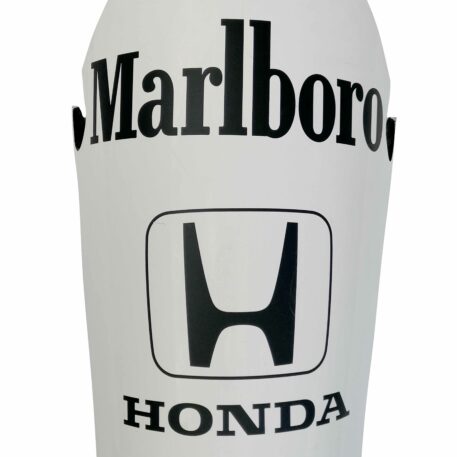 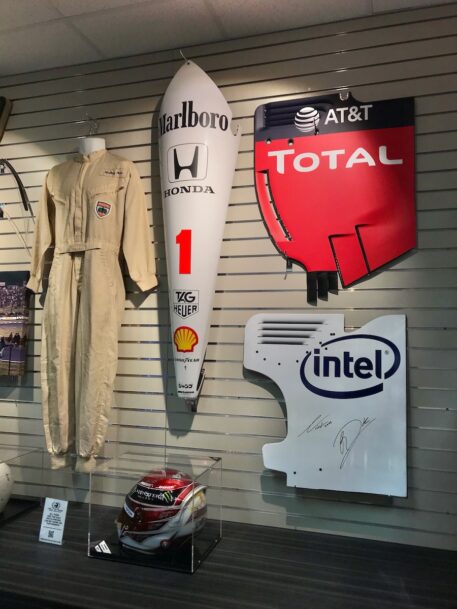 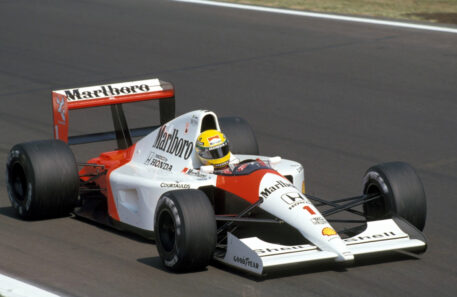 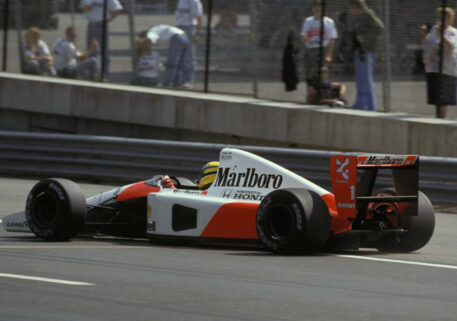 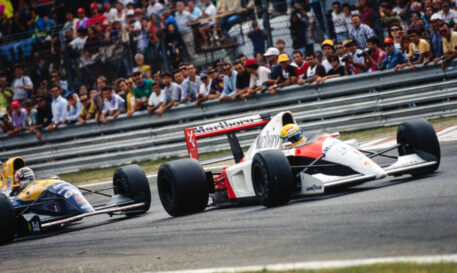 Original nose cone/shock cover from Ayrton Senna’s 1991 Championship winning McLaren MP4/6. This amazing piece of memorabilia has all of the correct original sponsors’ branding logos like Marlboro, Honda, Tag Heuer, Shell, Goodyear and more. The dimensions of the all-carbon nose measures 57 inches long and 15 inches at the widest make it a visually impressive piece of Senna’s last championship season to display.

Senna is arguably the greatest driver in Formula One history, and his career likely would have stacked up even better had he not perished in the fateful 1994 crash at Imola at the still young age of 34.

This stunning and incredibly rare piece from that iconic McLaren, driven by the legendary Brazilian racer, is now available. Don’t hesitate to add it to your collection as you will likely never see another amazing authentic piece of F1 history like this again for some time.