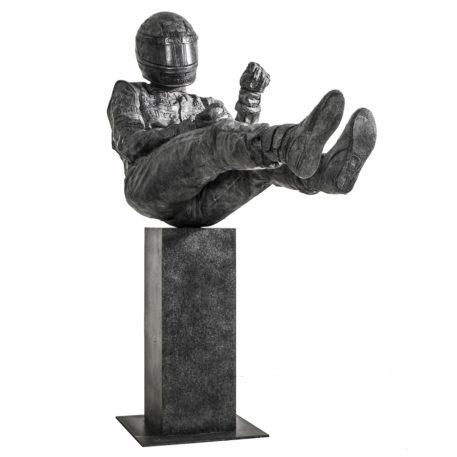 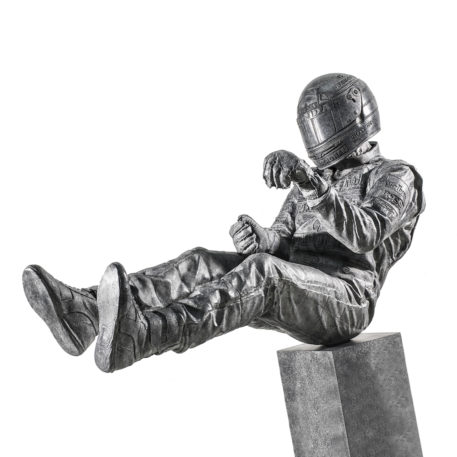 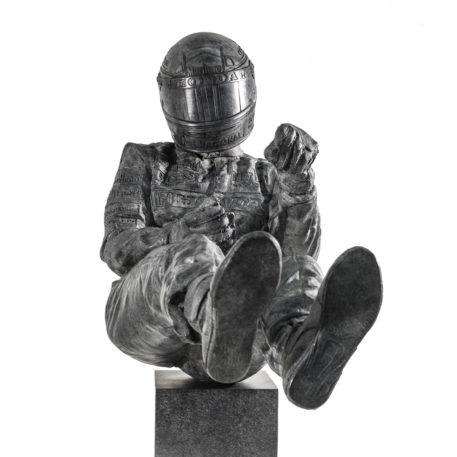 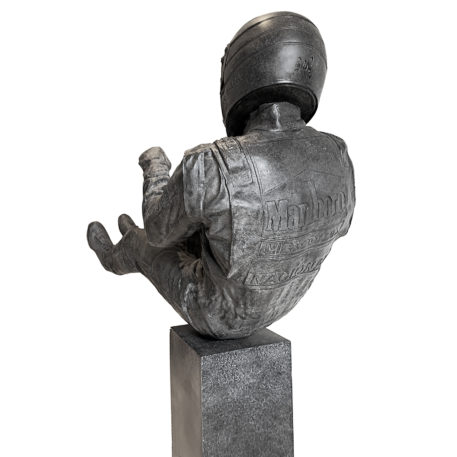 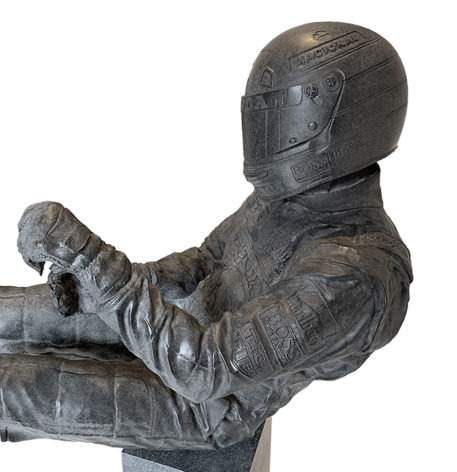 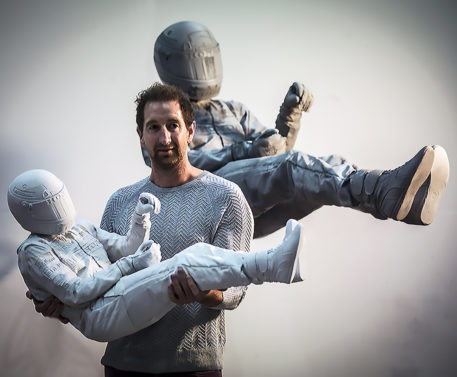 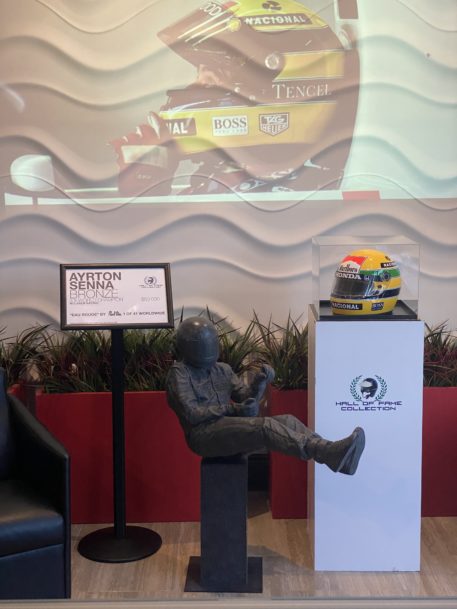 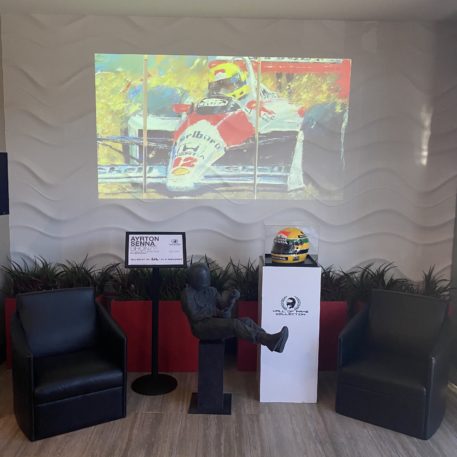 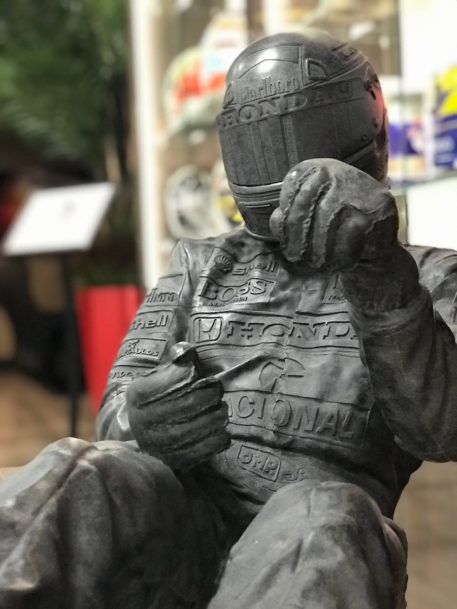 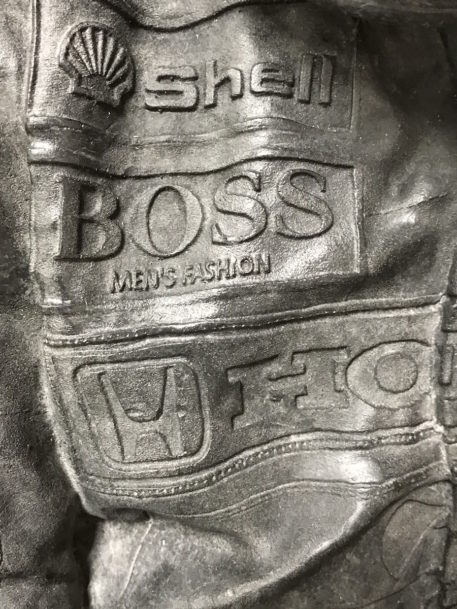 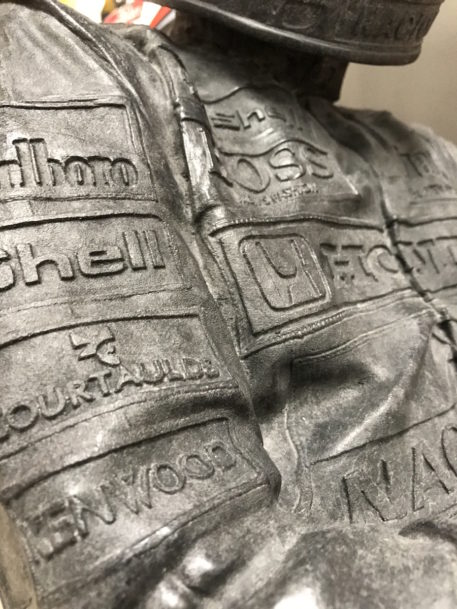 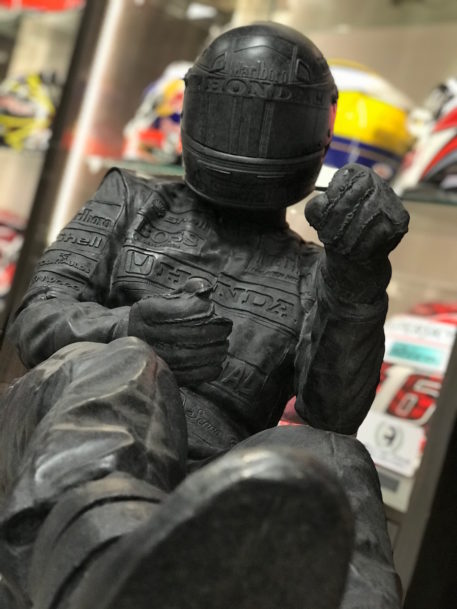 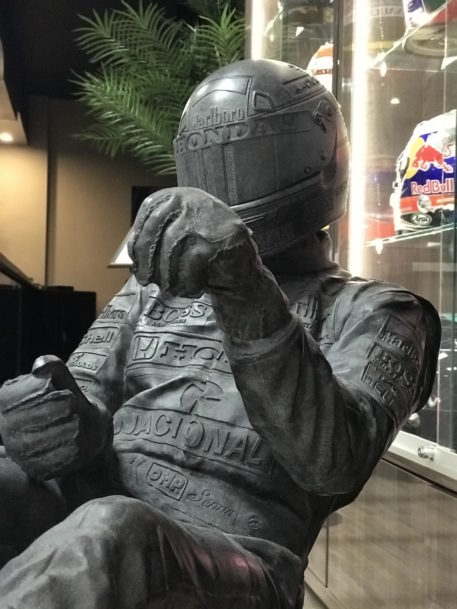 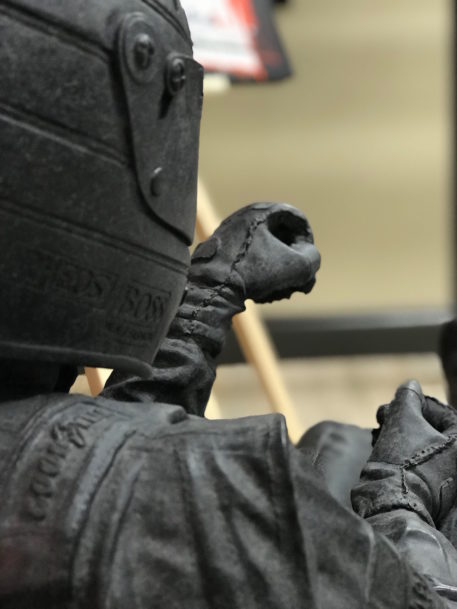 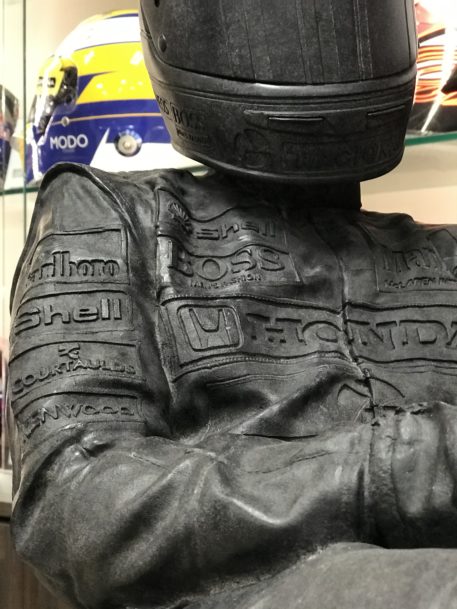 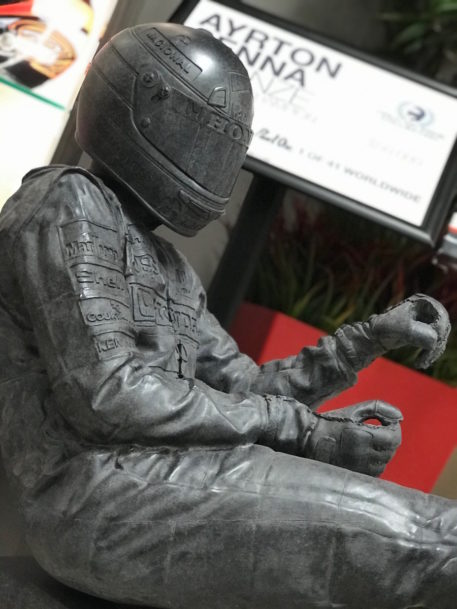 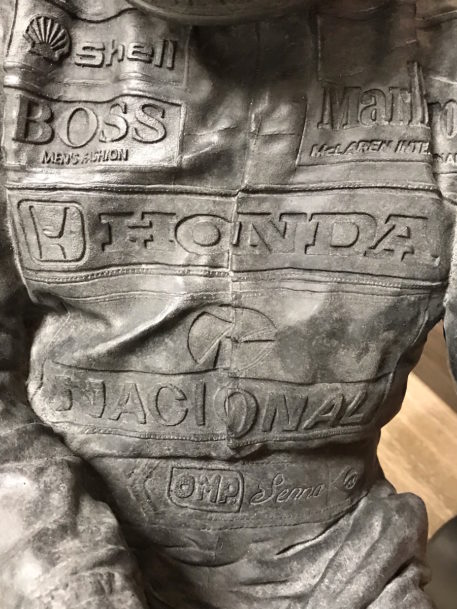 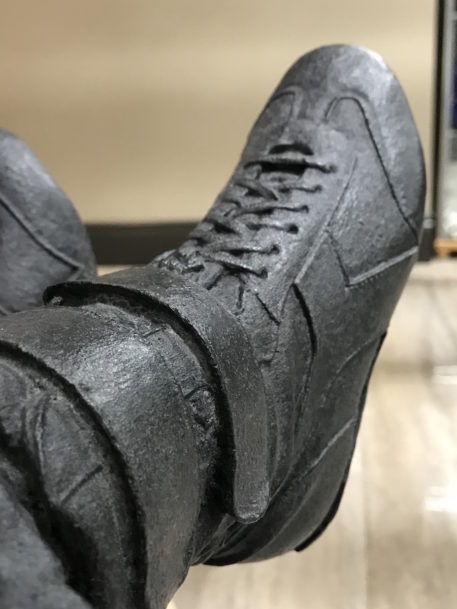 After an incredibly detailed project which would take over 12 months to complete, British artist and sculptor Paul Oz created a spectacular life-sized homage to Formula One racing legend Ayrton Senna.

This statue was commissioned to mark the 25th anniversary since Senna’s last race. The outstanding piece, which was cast from 160 kg of raw bronze, is described by Paul as “the biggest, most ambitious project of my career” and he titled the piece ‘Eau Rouge’

The British artist has a long-lasting passion for Formula One and has completed many driver portraits and race action scenes in the past. It was artwork that Oz had previously created for Bianca Senna and the Instituto Ayrton Senna, marking the 20 years since Ayrton’s passing, which got Paul thinking about how he could create a ‘next level’ work of art to mark 25 year milestone.

Paul and his design team used the latest technology and best craftsmanship to create this truly stunning piece. Hundreds of 2D images were knitted together to create the 3D modeling, something that had never been attempted before. The 3D model was then refined prior to the casting process in order to emphasize every small detail from top to bottom on the finished sculpture. This would include all branding logos, stitching on the suit, as well as Senna’s iconic helmet stripes. The eventual 3D printed model was then resurfaced in clay, and texture detail was added. From there it was divided into castable chunks and formed in wax, complete with internal piping to pour the molten bronze in which would then cause the wax to melt away leaving the bronze casting. The result is truly stunning with Paul’s imagination and work immortalizing the great Ayrton Senna.

This is how he would have been positioned when tackling the most iconic section of the Spa-Francorchamps Circuit. Oz says of the statue’s pose: “It’s a position alien to most and even many F1 fans don’t appreciate how extreme it is, even back in the ’90s, although more so now. If there’s one thing I am happiest about with this statue is the dynamic and balance of the position.”

The Instituto Ayrton Senna approved three editions of the life-size sculpture to mark Senna’s three Formula One world titles, two of which were donated to the Senna Foundation to be auctioned off. The third sculpture is at the McLaren Technology Centre in Woking England. Also, a further 41 wind tunnel size bronze sculptures were cast at 60% of the size of the life-size sculptures, at approximately one metre in length. These would mark all of Senna’s Formula One race victories, with each edition named after a specific Senna race victory. Only 4 of the 41 are done in the special darkened patina like the one pictured here.

The Hall of Fame Collection is pleased to offer one of these limited edition wind tunnel sized sculptures for sale. The sculpture’s overall dimensions are 1501mm x 910mm x 655mm. It comes with a luxury display plinth and will be shipped in a bespoke flight case. All the sculptures are strictly authorized by the Instituto Ayrton Senna with 10% of the sale going to the Senna Foundation to support their incredible charity work.

Unsurprisingly these sculptures have been in great demand and many have already been bought and placed in collections all around the world.

For more information, pricing and shipping details please contact us at [email protected]