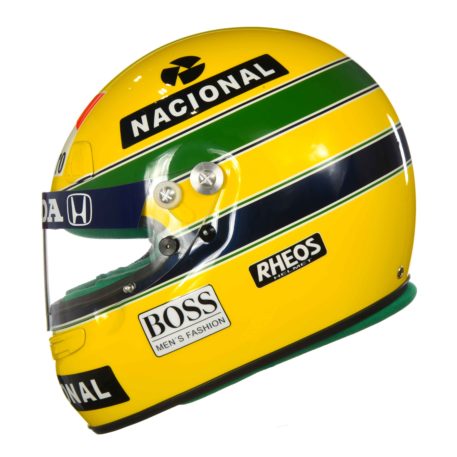 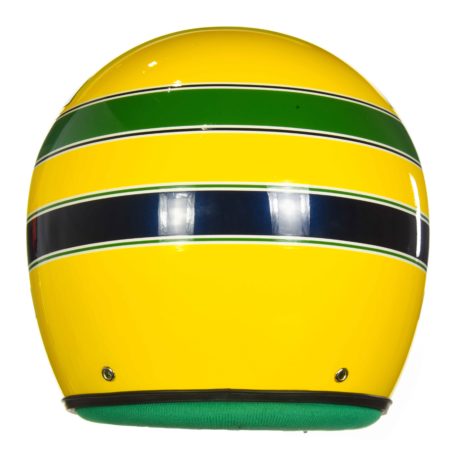 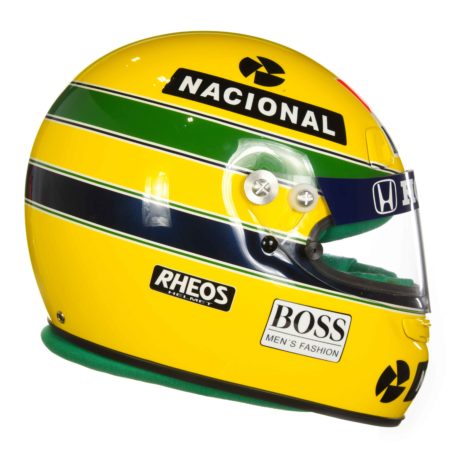 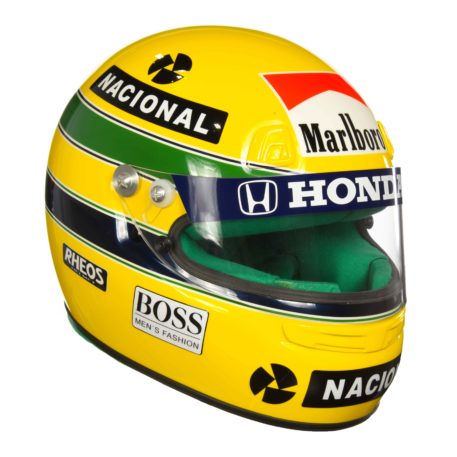 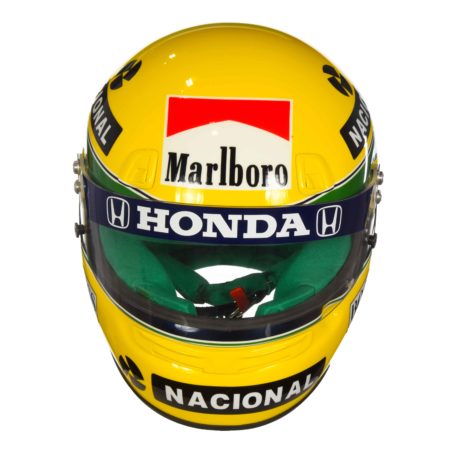 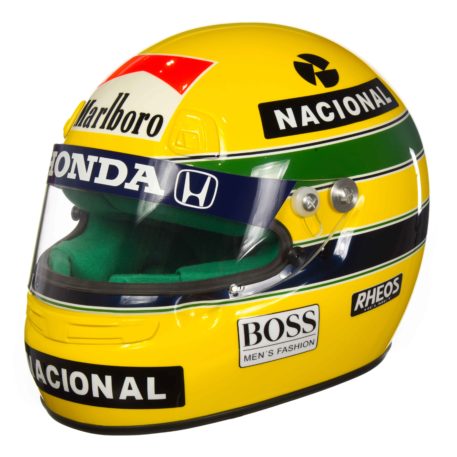 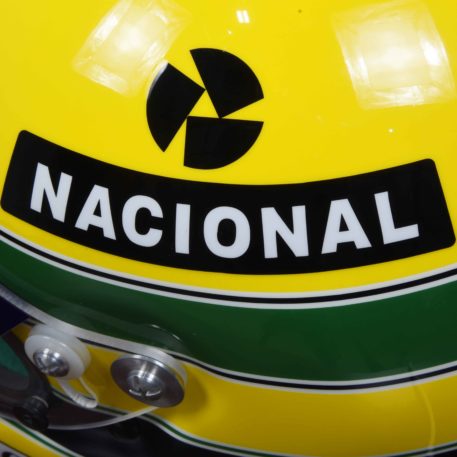 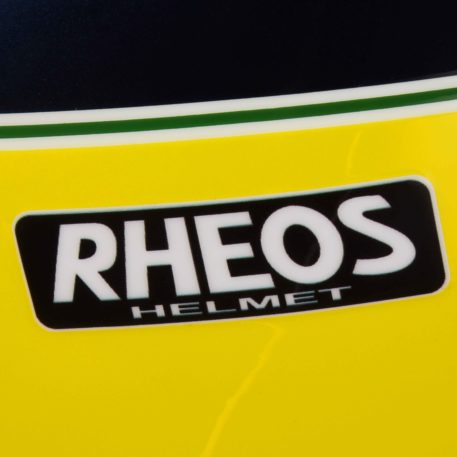 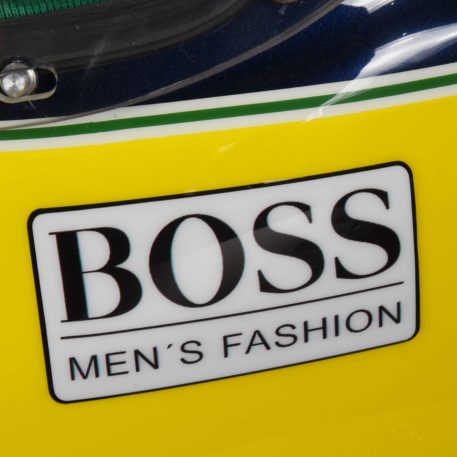 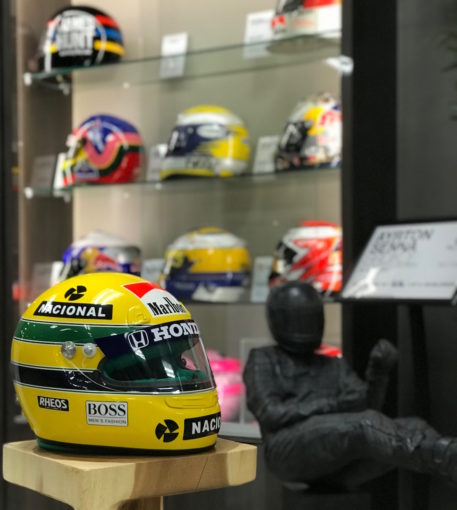 The 1991 Senna Rheos is one of the most iconic and sought after helmets in the helmet collecting world. This very rare replica was originally commissioned many years ago to commenorate the Brazilian’s 3rd World Championship . Rheos is an exceedingly rare helmet (manufactured by Honda) and used by just two drivers in Formula 1 history, Gerhard Berger and Ayrton Senna. The Rheos was used for only for two seasons (1990 and 91) and this beautiful example is a fantastic accurate full scale example right down to his distinctive green lining.

The manufacturer never offered the helmets for public sale or to any other drivers before they pulled out at the end of 1991 season thus leading to it’s exclusivity and desirability.

1991 was Senna’s last and arguably greatest World Championship title. Honda maintained its winning momentum despite some issues with its new V12. Senna started the season winning the first four races, the streak included an emotional first-ever win on home ground in Brazil. A win which Ayrton achieved despite severe muscle cramping coupled with gearbox problems on his Mclaren. That season, Senna and Mclaren’s competition came from the ultra high tech Williams FW14 car in the capable hands of Nigel Mansell. The Williams became increasingly competitive as the year went on. Despite the strong Williams challenge, Senna’s fantastic season start gave him the cushion he needed and he went on to secure his third F1 title with 8 poles and 7 wins. Don’t miss this rare opportunity to own such an iconic item celebrating Senna’s career.

This helmet is one of only 10 made and comes with a Hall of Fame Collection Certificate of Authenticity.

Please note: this is a replica helmet produced for display only. This helmet was made in Italy and does not have a Snell Certification.