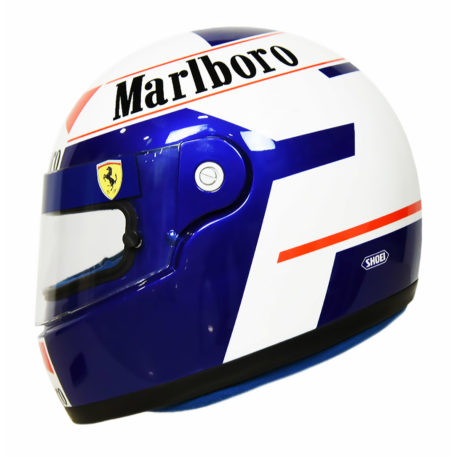 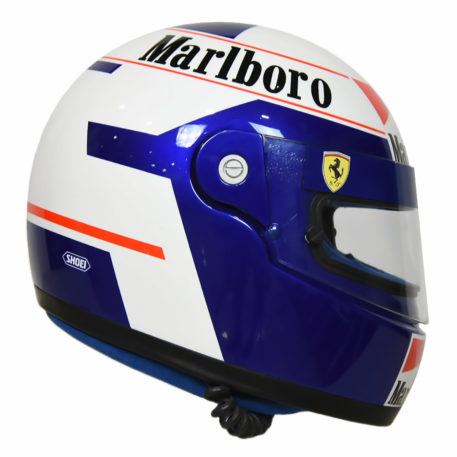 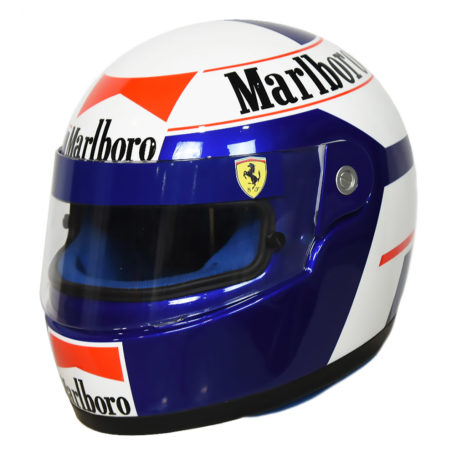 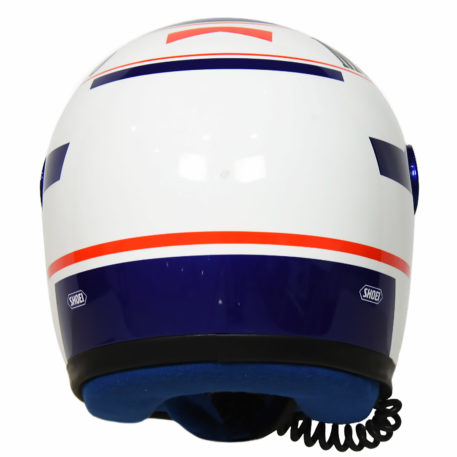 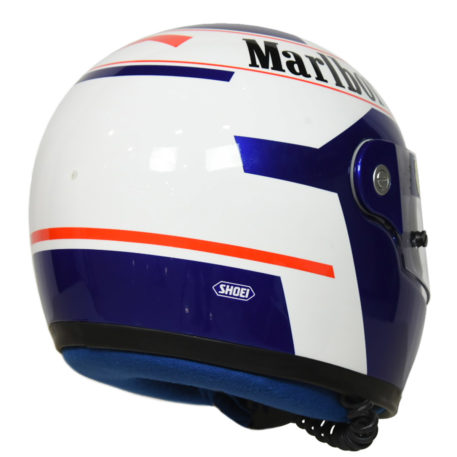 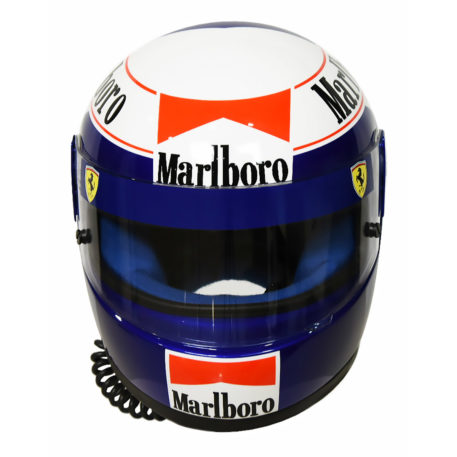 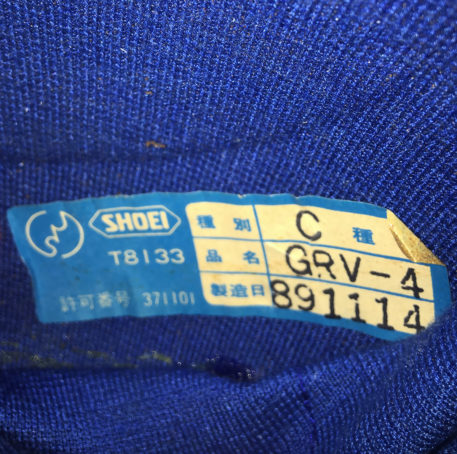 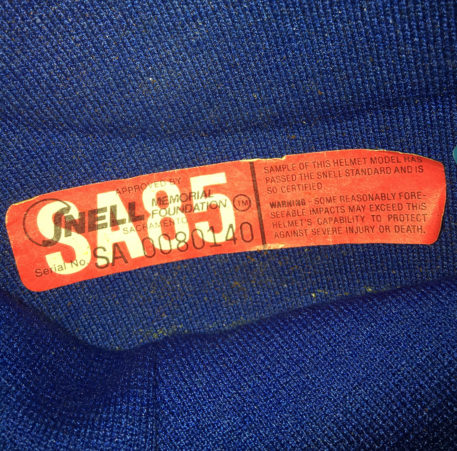 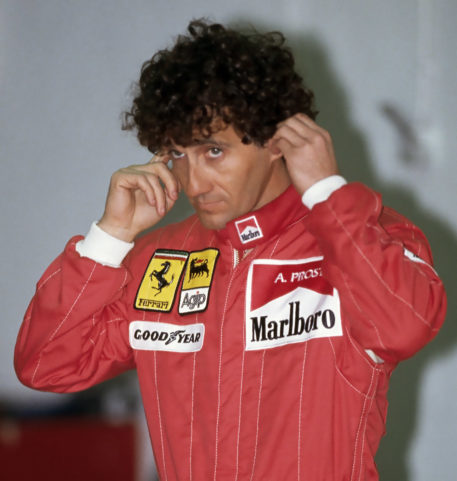 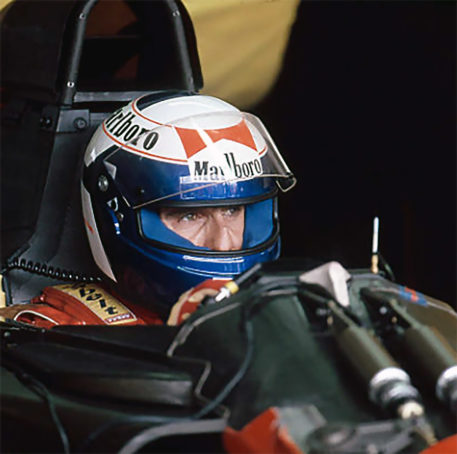 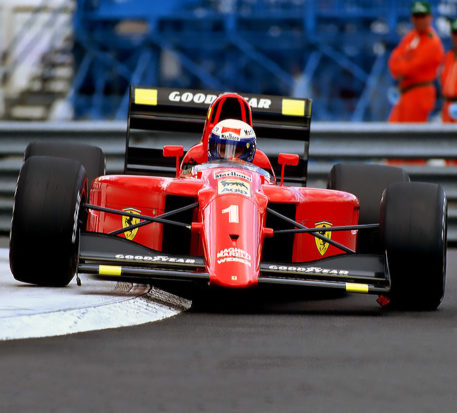 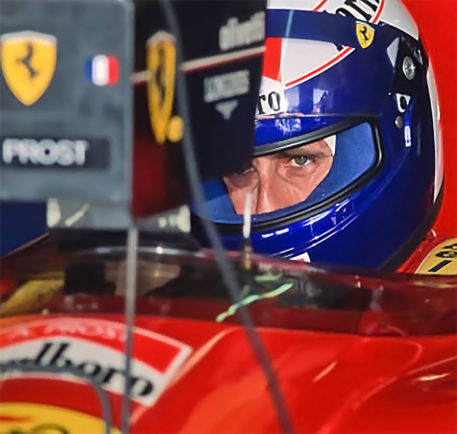 This original Shoei GRV-4 helmet has been superbly painted to replicate one worn by four-time Formula One World Champion Alain Prost. This stunning helmet is a period-correct model and has been decorated with Prost’s iconic design that he used while driving for Scuderia Ferrari in 1991. Its design is based on the three French National colors of blue, white, and red. The white base color has blue angular detail around the front that surrounds the eye-port which has extending blue stripes on either side. A white band, edged with fluorescent red lines, encircles a crown that is divided into blue and white half’s. Within the band is major team sponsor ‘Marlboro’ lettering and Marlboro chevron logos on the front and back. The back has a thin blue line on the top and a fluorescent red line on the bottom. Its visor bears a blue sun-strip that has the Ferrari ‘Prancing Horse’ shield on either side. The helmet also comes with the exact blue interior Prost used and has an installed radio.

Alain Prost’s original race-worn helmets are extremely hard to source and virtually nonexistent on the open market. This is a great chance to acquire this next best thing. A superb exact replica of the one the ’Professor’ would have used while driving for Ferrari.