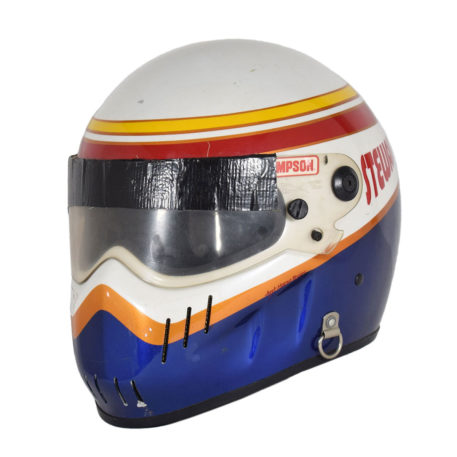 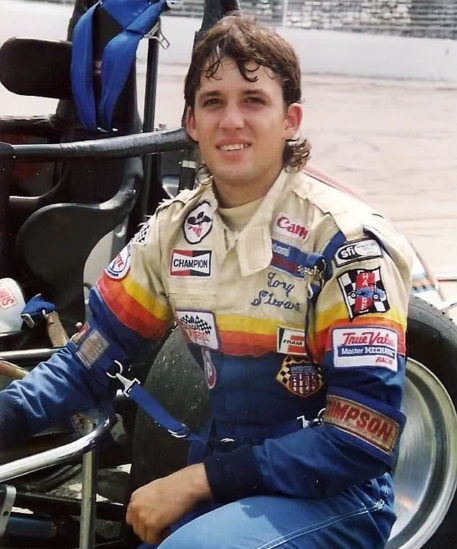 Stewart grew up racing go karts and was successful very early, winning a World Karting Association championship in 1987. He moved up to the United Midget Racing Association where he raced three quarter midgets until 1992, He then entered the USAC Silver Crown Midget series with help from friend and kart sponsors Mark Dismore. Stewart was the USAC Rookie of the Year in 1991, USAC National Midget Series Champion in 1994 and 1995, and USAC Silver Crown Series champion in 1995.

This Helmet was worn during first couple of season (1992/93) driving for car owner Ben Leyba in the USAC Midget series.

The Bandit style helmet painted by Just Herm Racing has a white base color with a thick blue with yellow edge widening band to the bottom and two other thinner bands red/yellow and yellow/red to the top. Stewart’s name is on both sides running around to the back in red. The helmet also retains its original USAC tech sticker.