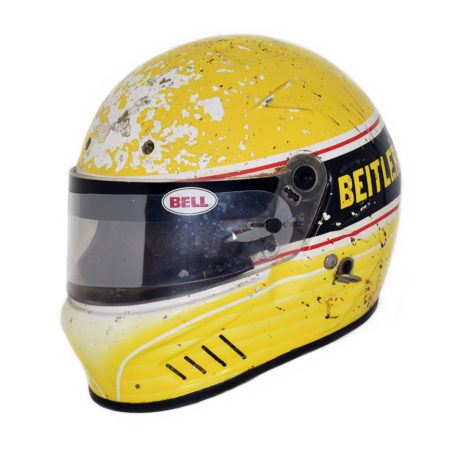 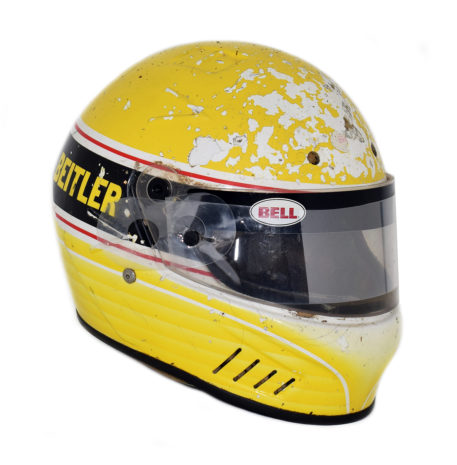 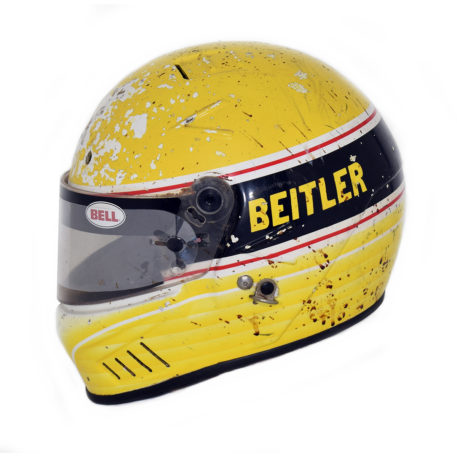 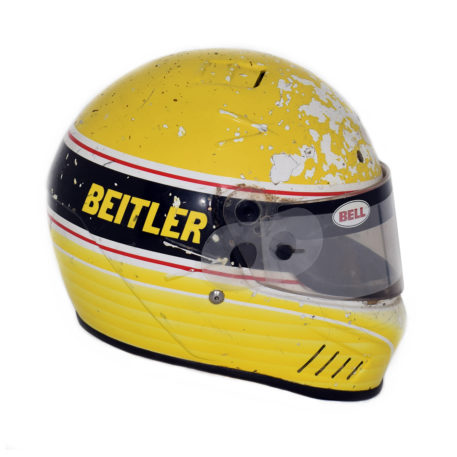 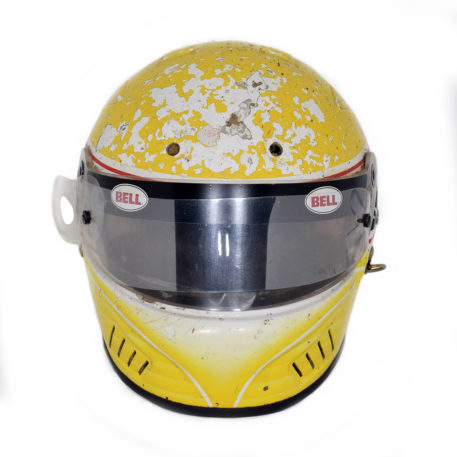 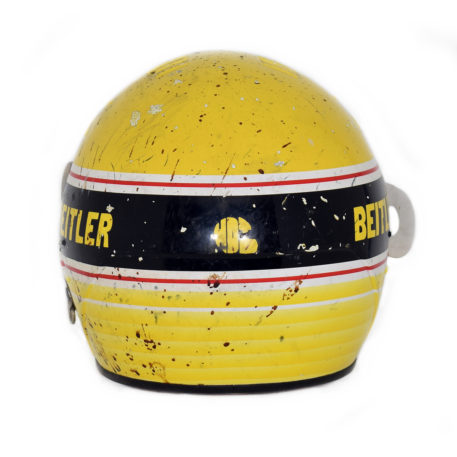 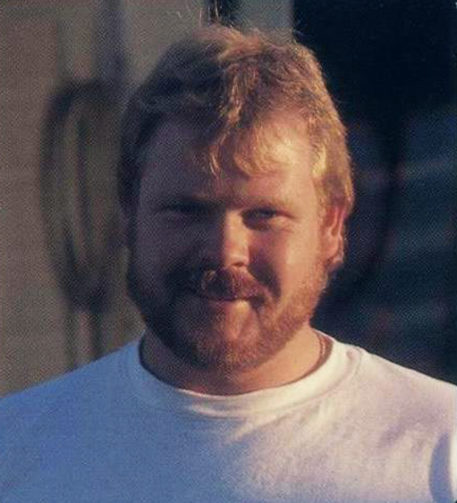 Steve Beitler grew up around Skagit Speedway. His father raced in the track’s first event in 1954, and Beitler sold programs at the track as a kid. After starting his career and racing locally for years, he finally moved up to competing full-time as an owner/driver on the World of Outlaws circuit from 1989 to 1996, finishing seventh in national points in 1991. After twenty-one years he quit active driving, but his passion and respect for the sport carried on by going into track ownership the aforementioned home town Skagit Speedway.

This Bell helmet has all the scars of many races and the front top has many chip marks. Its mainly yellow color has airbrushed rings to its bottom. There is a thick black band that is outlined in white with red pinstripes around the middle. In the black band is Beitler’s name in yellow to both sides and ‘HDI’ logo to the rear.