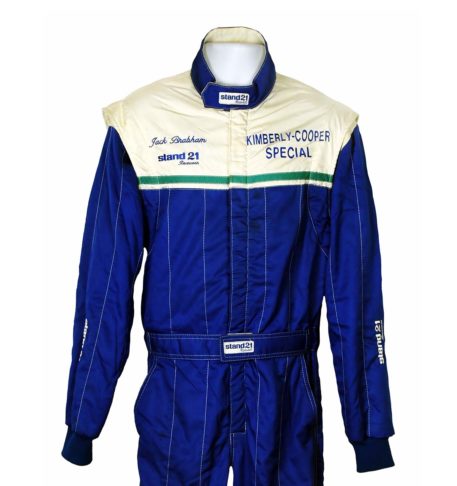 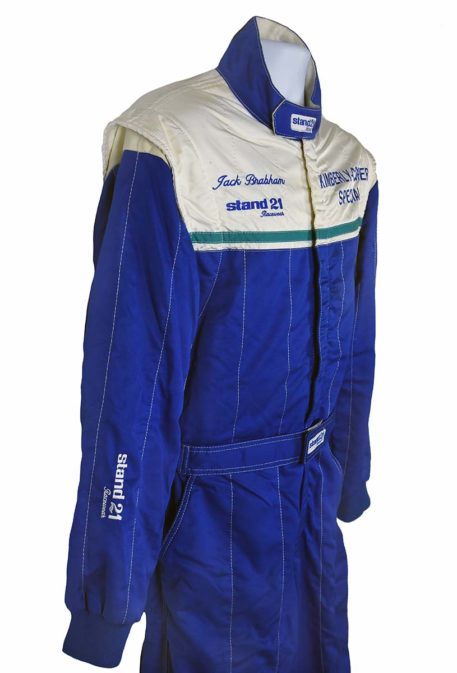 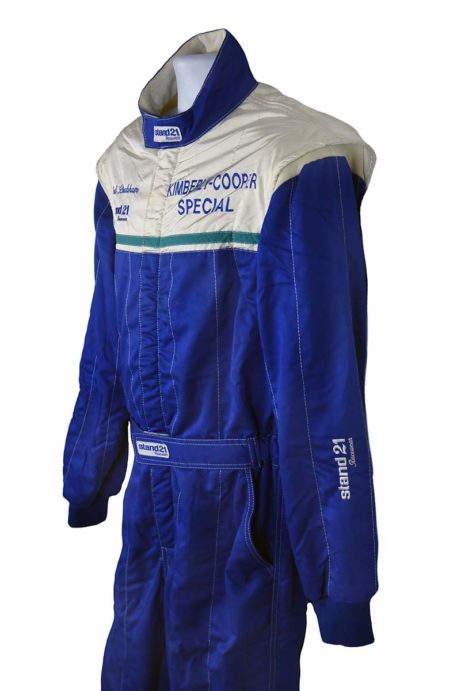 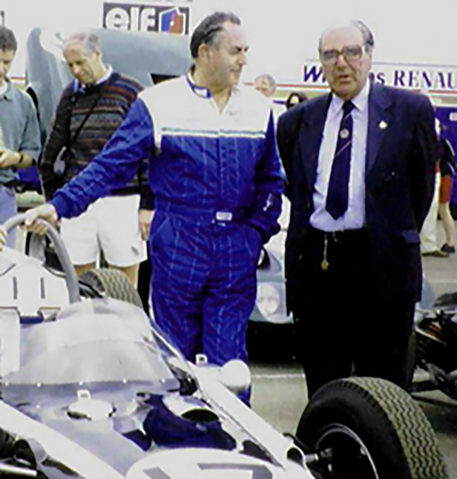 This Stand 21 race suit was one worn by the legendary Sir Jack Brabham during the mid-90s while he was traveling around the world to historic and vintage racing events with the 1961 T54 Cooper-Climax “Kimberly Cooper Special” Indy 500 car. This was the machine that would be the very first rear-engined car to enter and qualify for the Indianapolis 500. Sir Jack and the T54 car would turn USAC racing on its head and started the rear-engined revolution which would change the Indy 500 completely over the next five years. Jack Brabham drove the tiny T54 against the huge 4.2-litre Offenhauser Roadsters in the 1961 500, running as high as sixth and finally finishing ninth.

Sir Jack Brabham is Australia’s most successful racing driver, winning the World Driving Championship in the elite Formula One cars three times, in 1959, 1960, 1966. His 1966 driving championship was won in a Brabham car, the first time a driver would win in one of his very own cars. Brabham cars would win the Constructors’ Championship in 1966 as well, and again in 1967. He was awarded the OBE that year and in 1979 was knighted for his services to motorsport. He won a total of 14 Grand Prix races during his career, his final victory coming in the South African Grand Prix when he was 44. He was named Australian of the Year in 1966.

The blue Stand 21 suit has a white upper torso with a thin turquoise band across the chest. On the right side of the chest are Sir Jack’s name and the Stand 21 branding logo. On the left side is ‘Kimberly Cooper Special’ lettering and on the back of the suit is the Stand 21 trademark lettering. Sir Jack can be seen wearing the suit at an historic race meet and standing with Cooper Cars owner and designer John Cooper in 1994.