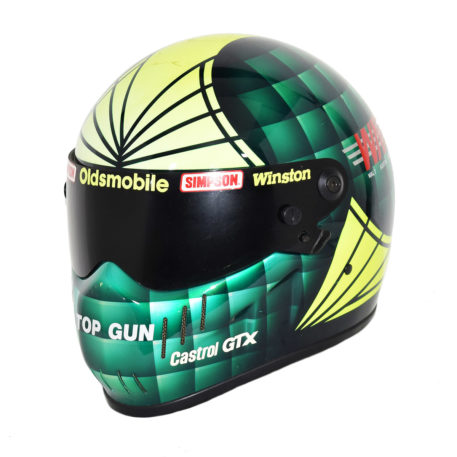 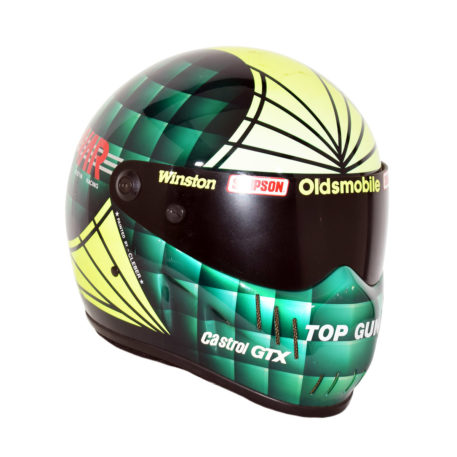 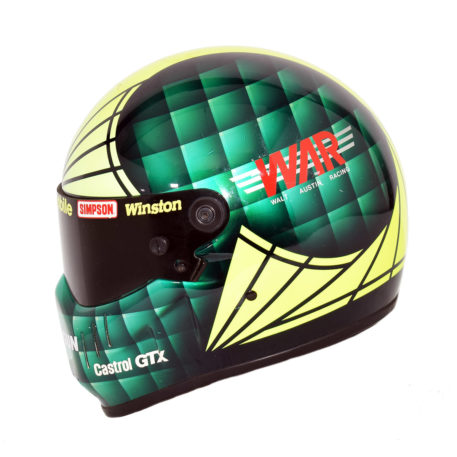 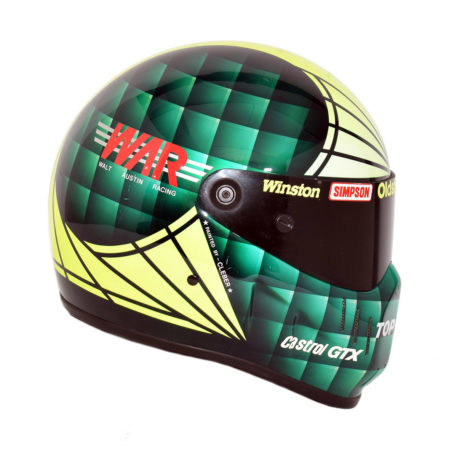 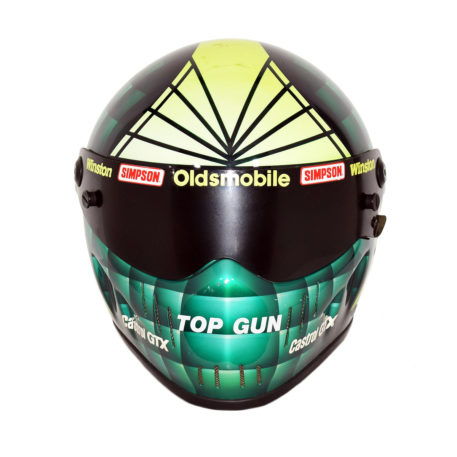 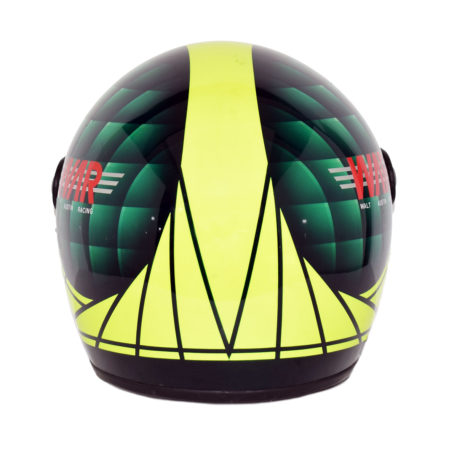 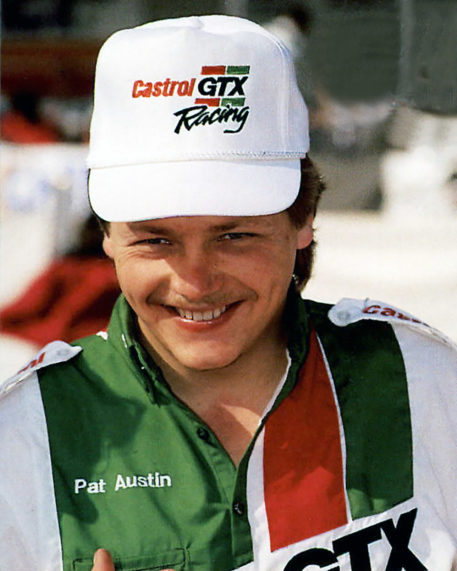 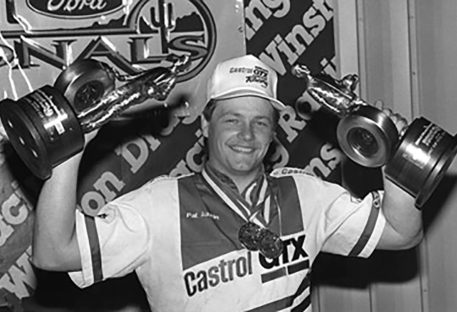 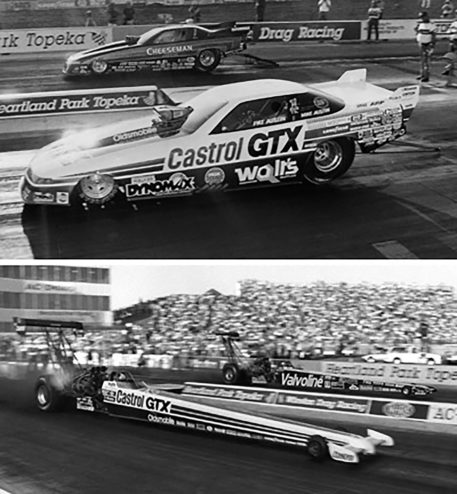 Austin competed in the National Hot Rod Association, winning four NHRA Top Alcohol Funny Car championships between 1987 and 1991. He was the first driver to win both premier class eliminator titles at the same event when he won the Top Fuel and Alcohol Funny Car classes at Topeka in 1992. His 62 wins, with career starts spanning 1985 to 1996, were the most for any driver between the late 1970’s and 1996.

This stunning looking helmet would have been used during the early 1990’s. It has an airbrushed fading green square design. Through its middle, there is a thick yellow band that has a black line design at both widening ends. This runs from the top front over the top and around to the sides. On both sides of the helmet is the Walt Austin (Pat’s Father) Racing WAR logo. Austin’s ‘Top Gun’ nickname is on the chin, with team sponsor Castrol GTX lettering applied to the cheeks. Engine supplier Oldsmobile along with Simpson and Winston feature on the visor strip.

This eye-catching helmet used by one of the legends of the Drag Racing, would be a great addition to any collection.