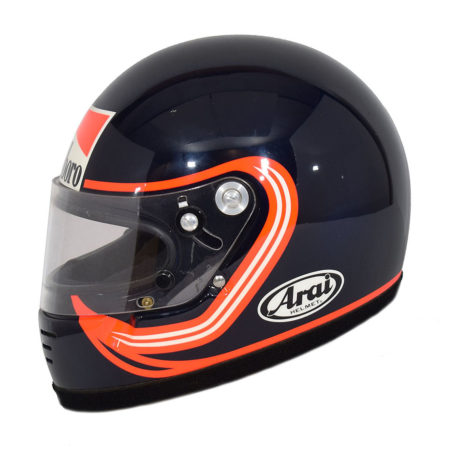 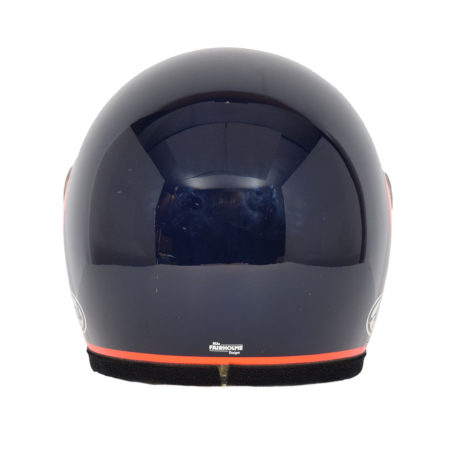 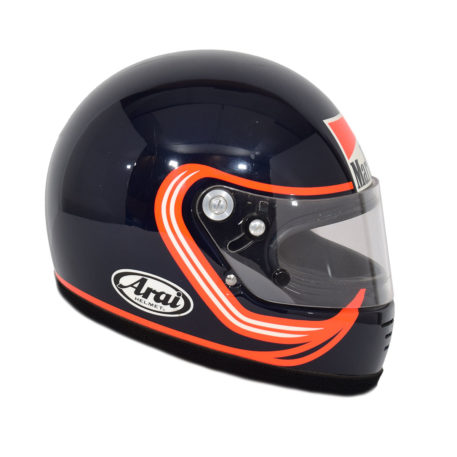 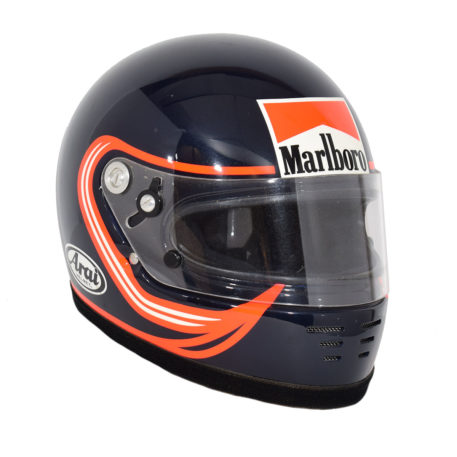 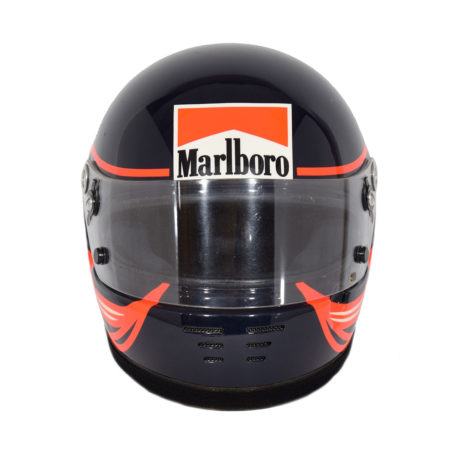 Arai helmet with a Snell 1990 sticker gifted to Ron Burton in Indianapolis. This was likely around the time that the French driver was in IndyCar, where Grouillard came over in 1993, at the same time as Nigel Mansell. He previously drove in F1, from 1989 to 1992, with 62 career starts to his credit.

The helmet shows limited use and the helmet painter had the opinion that it was used by the pit crew. Back in 1993, the tire changers were not required to wear helmets but the re fueler was. The helmet has a small eye port (not normal for re fuelers) and is a driver spec real Arai helmet. We have not been able to find any photos or video of the fueler using this helmet. It’s our option that it was likely driver used or a spare. The helmet also has the original radio cord attached.