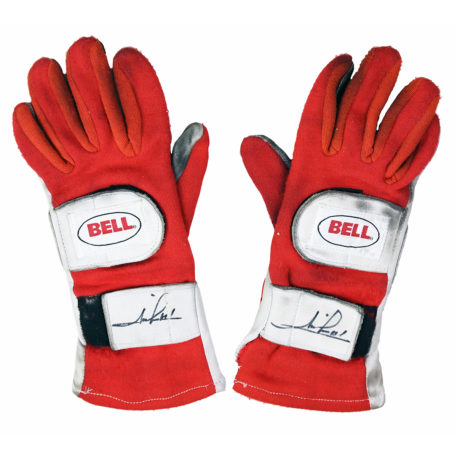 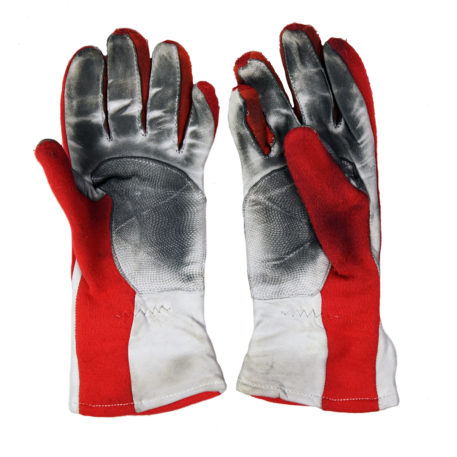 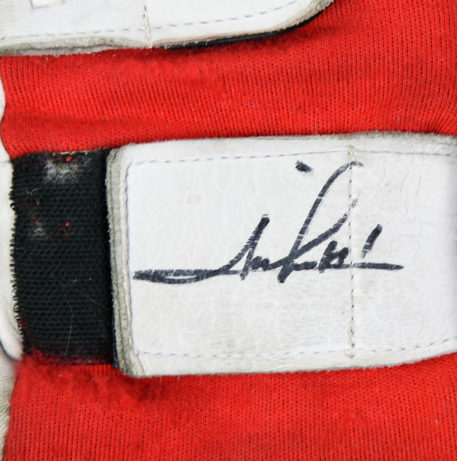 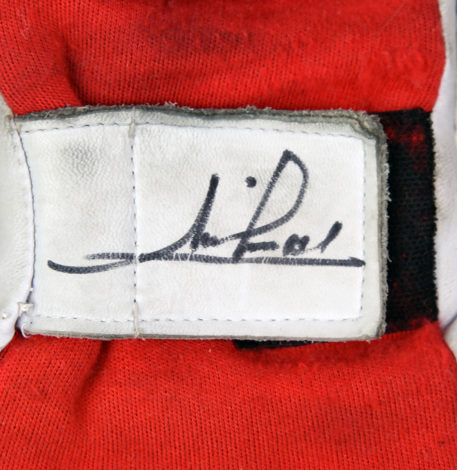 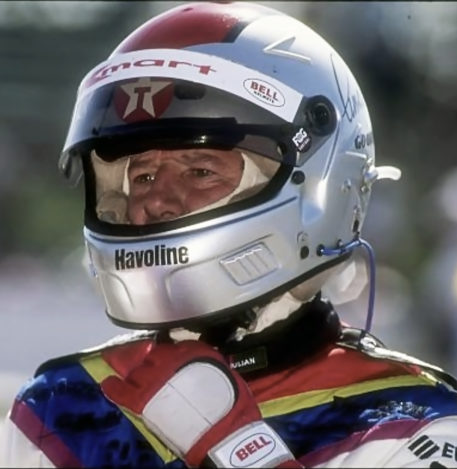 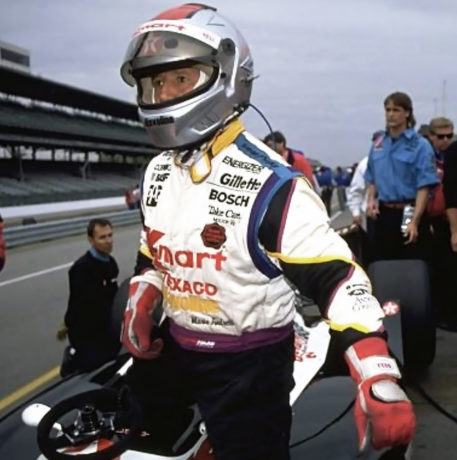 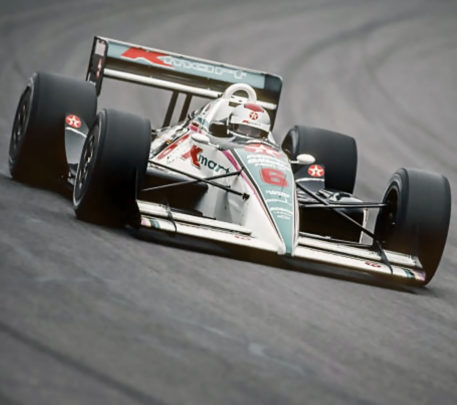 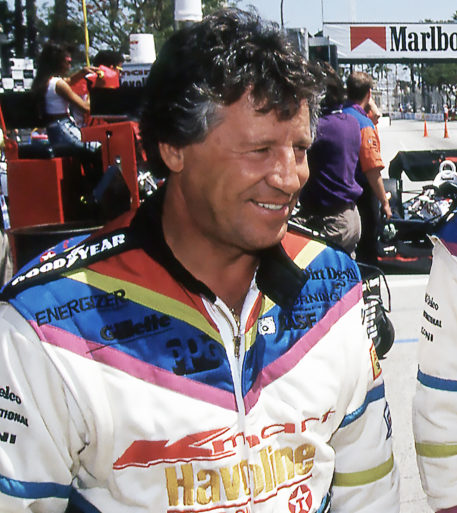 Pair of Bell racing gloves race-used by one of the greatest drivers in motor sports history, Mario Andretti. The legendary racer is the only driver to win races in every class of racing he entered. This included Formula One, IndyCar, the World Sportscar Championship, NASCAR, USAC Midget and Sprint cars. He is the 1978 Formula One Champion, a four-time IndyCar Champion, winner of the 1969 Indy 500 and 1967 Daytona 500, and class winner at Le Mans in 1995. Andretti is also the father of racers Michael and Jeff, and grandfather to Marco.

These well-worn gloves were used by Andretti during the early 1990s while Andretti was driving for the Newman-Haas Racing team. Andretti would have worn these gloves in many races due to the fact that, unlike today, drivers were only issued two or three pairs during a season back then. The red gloves have white leather palms with white leather Velcro protection sections across both knuckles and have the Bell branding logo stitched to them. Both white leather Velcro wrist fastening straps have been personally signed by Mario Andretti.

A great chance to own race-worn items from one of the few true legends of motor sports.