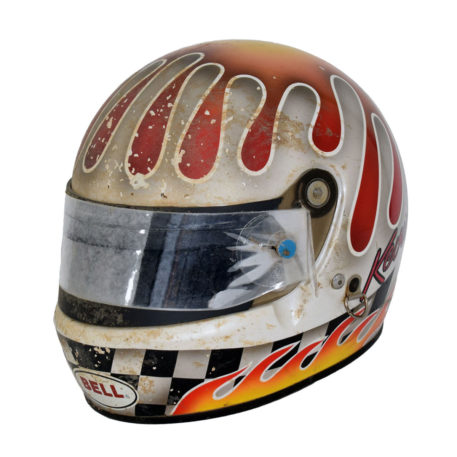 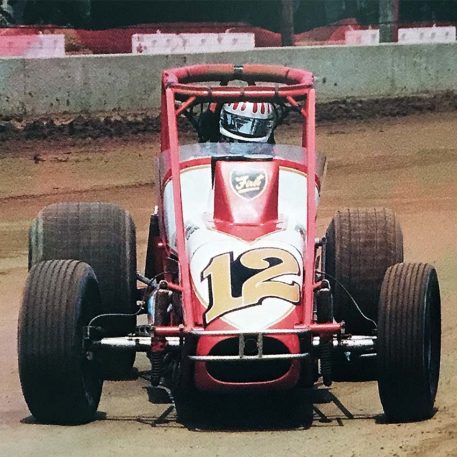 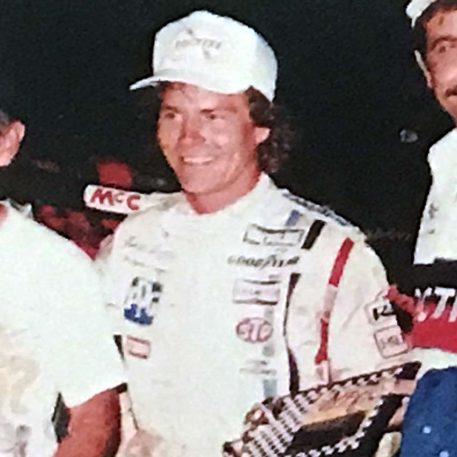 Helmet worn by Sprint Car veteran Kevin Thomas. With a career spanning almost thirty years Thomas had many podium finishes with the highlight being winning a 1996 Terre Haute Silver Crown race. He quit active racing in 1999 but came out of retirement in 2014/15 for two races where he won in his very last race at Plymouth Speedway.

This Bell helmet was worn in the win in the 1996 season including the Terre Haute win (see photomatch picture) and shows all the scars of battle. It has an airbrushed grey base color with an airbrushed yellow to red edged in white splodge design to the top running over all sides. There is also a checked band with flames around the base of the helmet which ends on at the sides. The USAC tech sticker is still attached to the back.