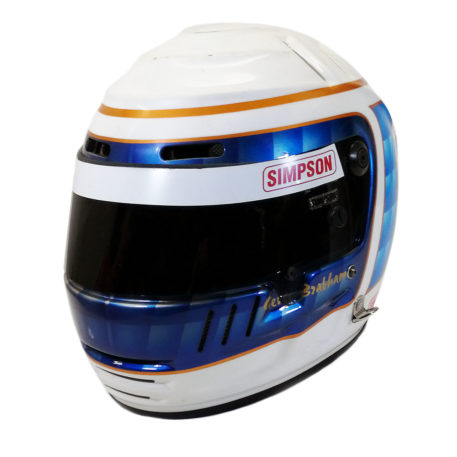 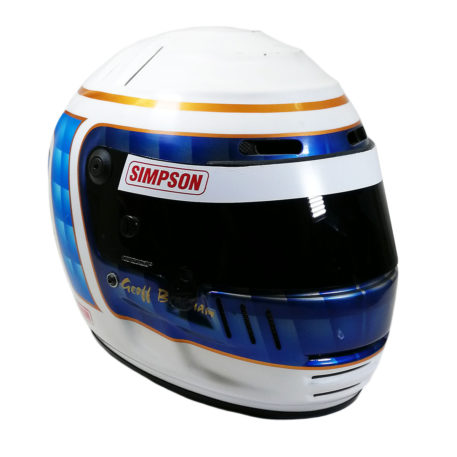 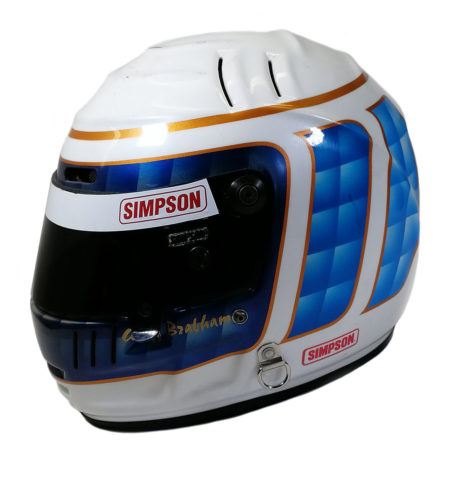 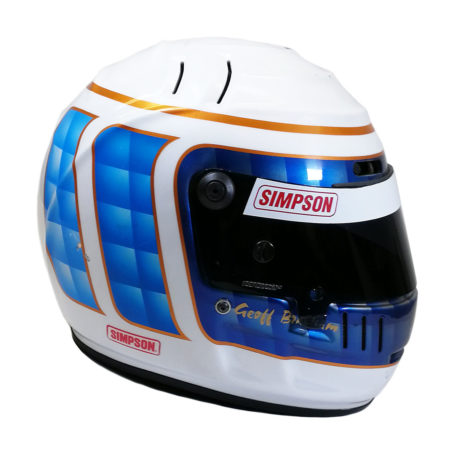 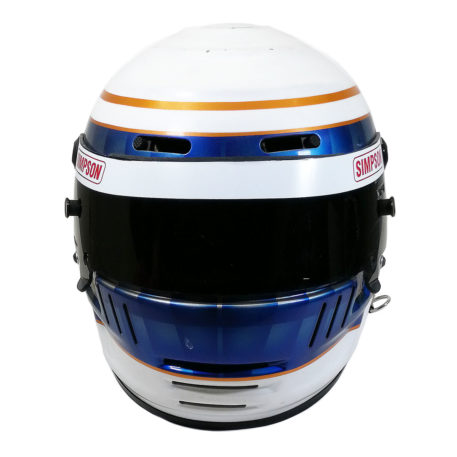 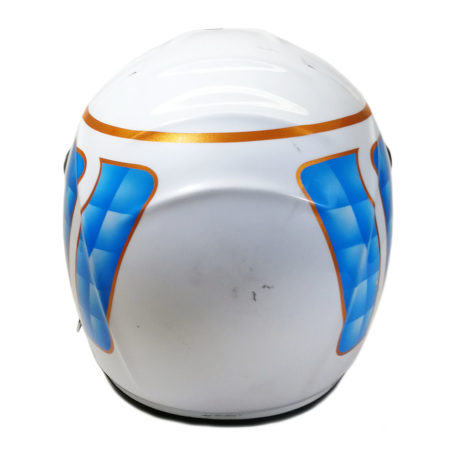 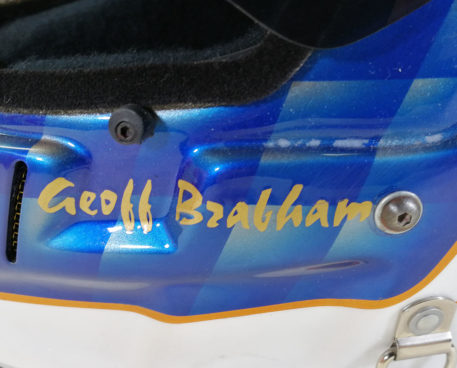 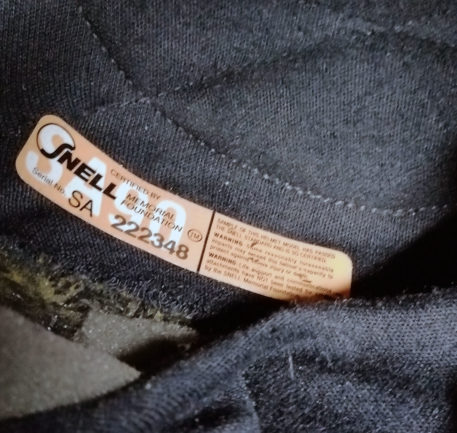 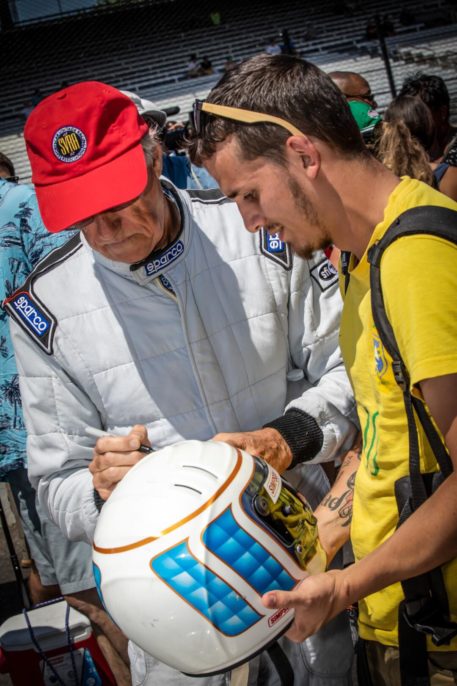 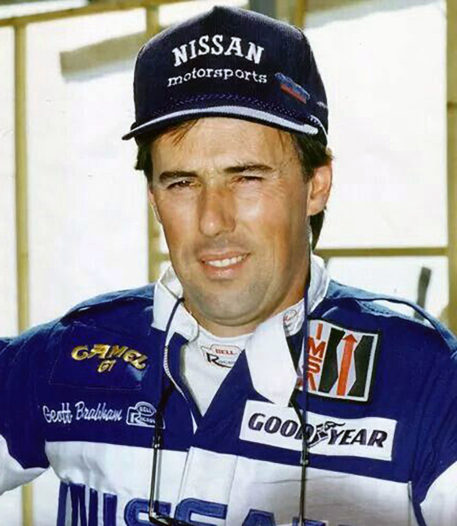 Simpson helmet from the early 1990’s painted for Australian driver Geoff Brabham. Around this time period Brabham was competing in the IMSA GTP Sportscar Championship, the Australian Super Touring Championship and the Indianapolis 500. Since the helmet is in near new condition and lacks tech stickers we believe that it would have been one of Brabham’s spare/backup helmets and was probably not used in any racing situations. Geoff Brabham is the son of three-time Formula One World Champion Jack Brabham and father to Matthew. He also has two younger racing brothers, Gary and David.

The white base color of the helmet has Brabham’s usual blue airbrushed square panel design, edged with a gold pinstripe around the eye-port and two upright panels with the same effect on either side. Around the top is a gold thin band and Brabham’s name is in gold on either cheek.

The helmet was personally signed recently by Geoff Brabham (see pictures) and comes with a Certificate Of Authenticity.