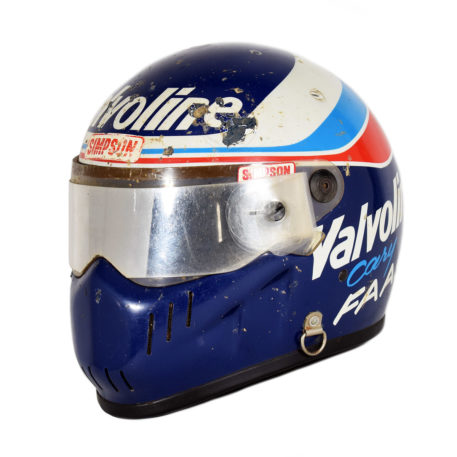 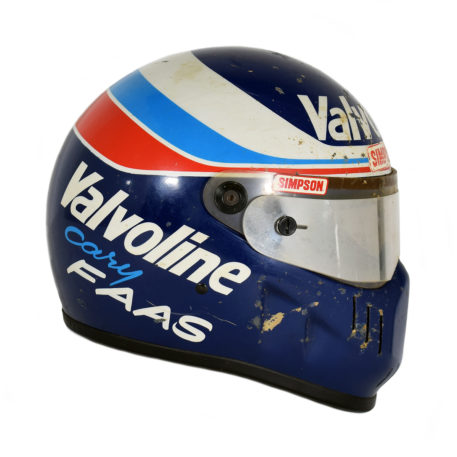 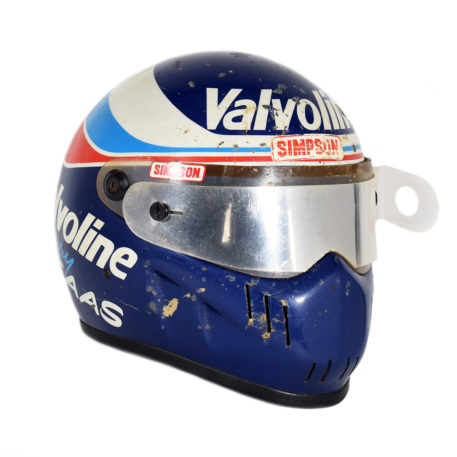 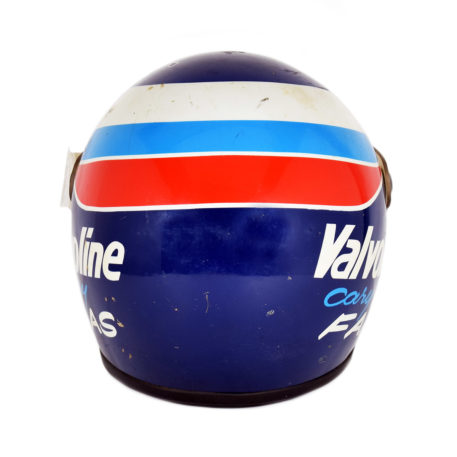 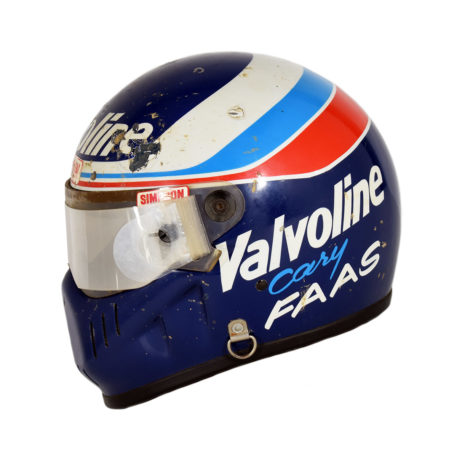 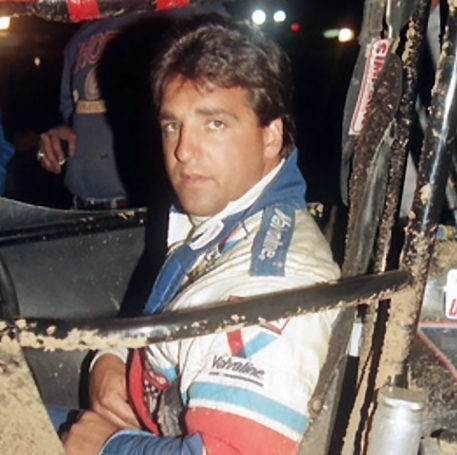 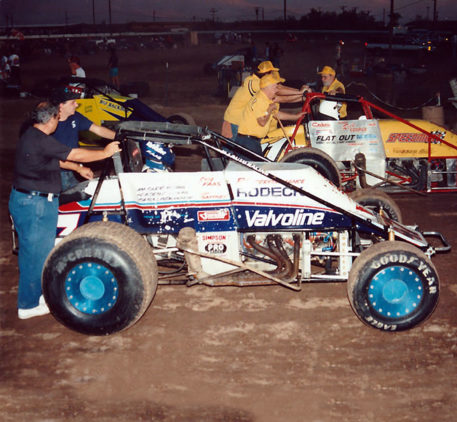 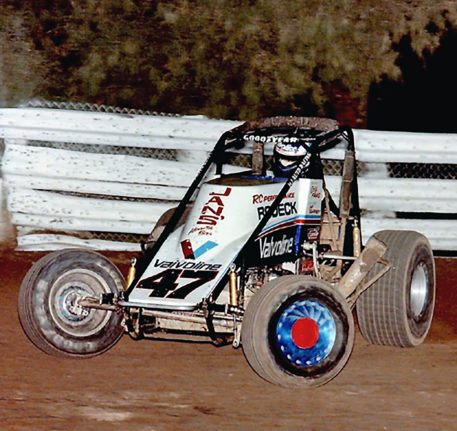 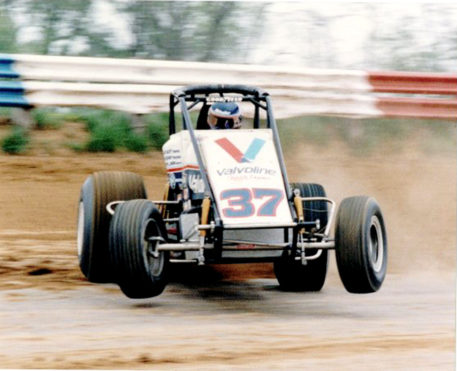 Helmet worn by USAC Sprint Car driver Cary Faas. Faas used to race motorbikes and was a regular on the west coast speedway racing scene. He moved up to Sprint cars in the mid 80’s, and raced Midgets in the California Racing Association and USAC 410 Sprint cars, as well as Silver Crown cars from the 1980’s up until 2005. Faas quit racing to open up a motorcycle parts company and now resides in Arizona.

This well used Simpson Bandit helmet would have been worn by Faas sometime during the early 90’s USAC seasons. It sports the painted colors of Faas’s main sponsor at the time, Valvoline Oils. The blue base color has the companies iconic red, white and blue bands running around its top. Valvoline brand lettering is on the top front and on both sides, along with Faas’s name as well.