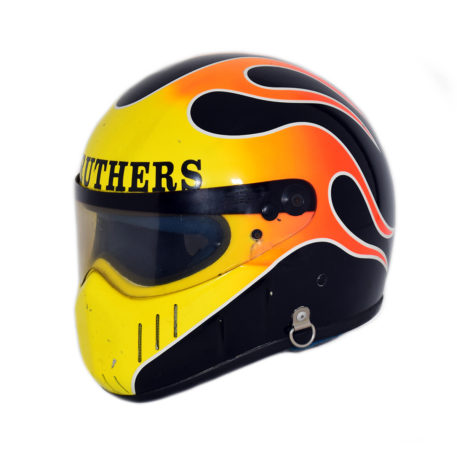 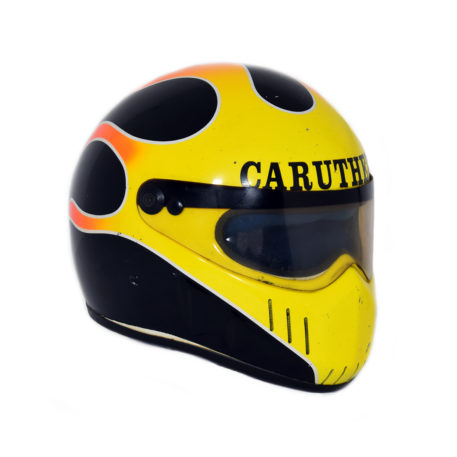 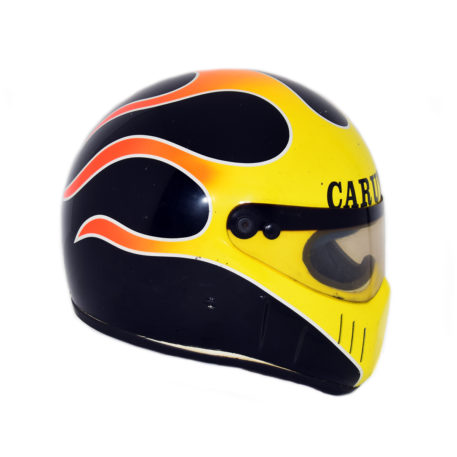 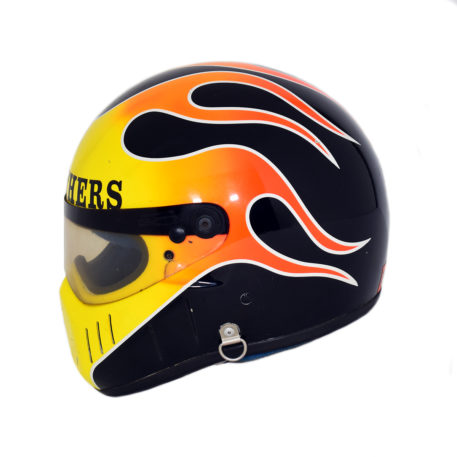 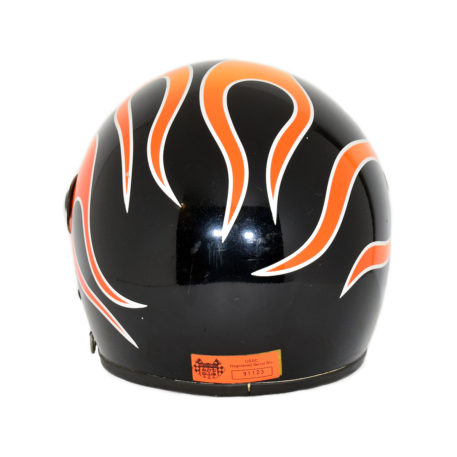 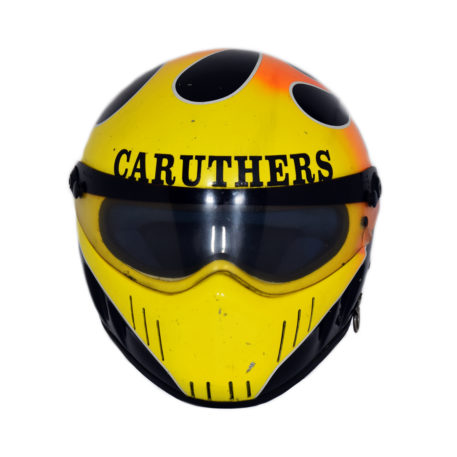 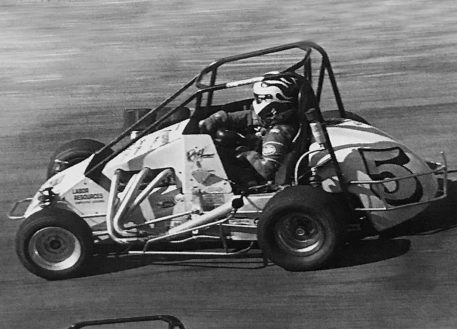 Roy Caruthers followed his father Doug (who became a builder and owner of sprint and midget cars) and older brothers and USAC Midget National Champions, Jimmy and Danny into racing at the age of twelve racing in Karts. He was eighteen when he started driving Midgets and eventually ran Sprint Cars and Champ Dirt Cars for around 20 years. Highlights of his racing career include winning the C.O.R.A. Midget Championship in 1988, Winning the Hoosier Dome Invitational Midget race, being named USAC most improved Driver in 1990 while finishing 5th in national points on a very limited budget. Also drove cars for the legendary A.J. Watson and was also the last driver to make a USAC race in an Offy powered car.

This striking looking helmet was used during the 1990 USAC Midget season. It has a black base color with yellow fading to red ‘Hot Rod Flames’ running from the front going over the top and sides. Caruthers name is to the top front of the helmet in black and still has its USAC tech sticker applied.