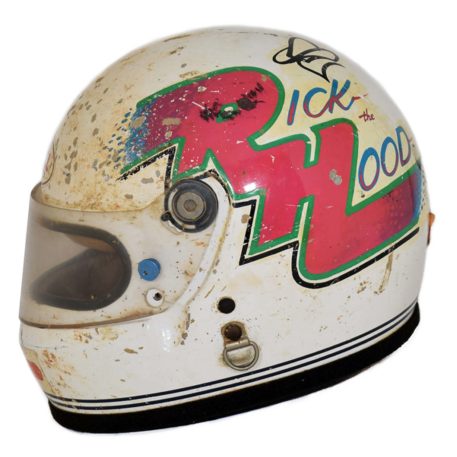 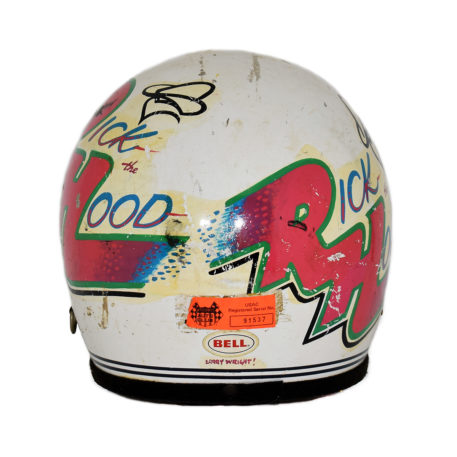 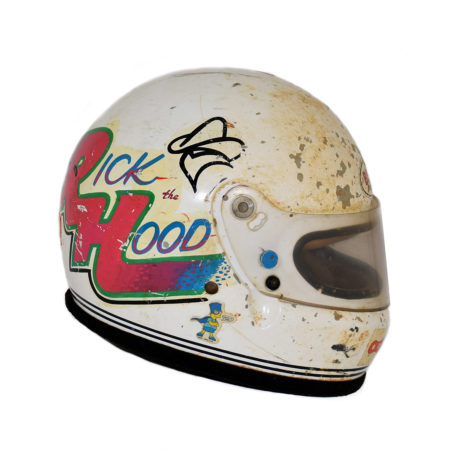 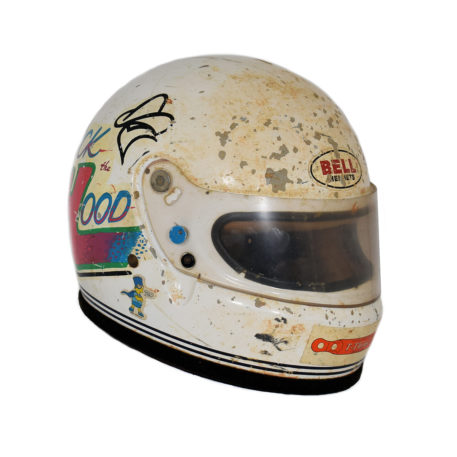 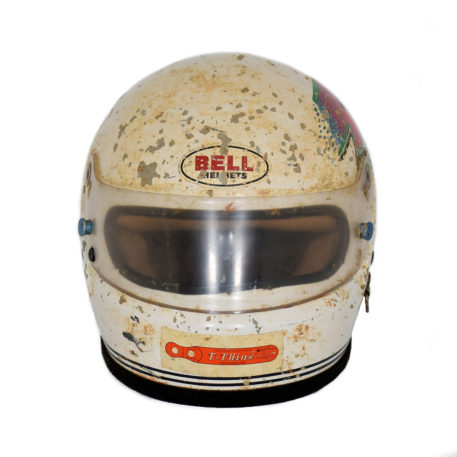 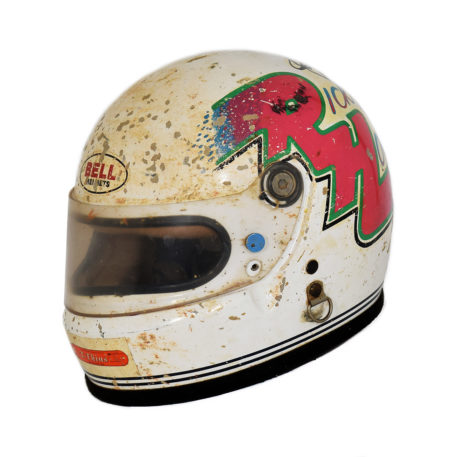 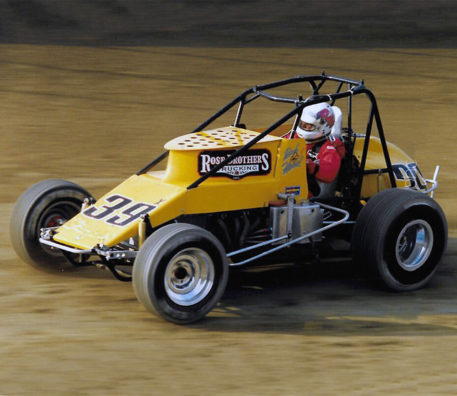 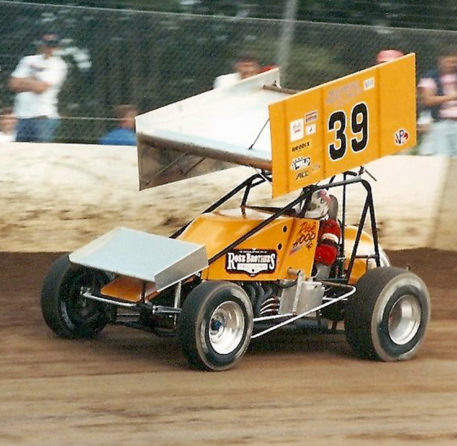 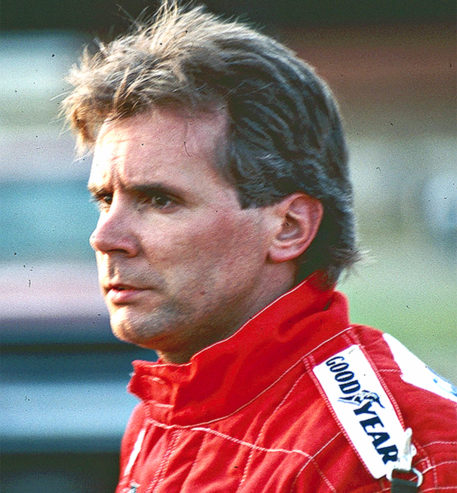 Bell helmet worn by Rickey Hood during the 1990 open-wheel season. Hood has the credentials to back up the fact that he is a true Sprint Car legend. Hood wasn’t unfamiliar with finishing first, winning over 400 feature races in his 34 year career. Growing up in Tennessee around his racing father (Hooker Hood) Rickey had to help with a wench to get a car on the track. So when his father gave Hood his first car at the age of 16 he was ready and, on his very first night behind the wheel of a race car, he ran second. From then on Hood expected to be at the front of the pack, and usually was.

In 1994 Hood relocated to Phoenix and decided it was time to race closer to home and avoid the extensive travelling. Driving for Joe Herrera, he kept his winning ways and would go on to win a total of five SCOA (Sprint Car Owners of Arizona) Championships – 1997, 2000, 2001, 2002 and 2003. Hood was still racing into his 60’s and still appears at selective events.

This heavily scarred Bell helmet was used by Hood (photo-matched) in the 1990 open wheel season, where he would drive both winged and non-winged sprint cars. The white helmet has a great Larry Wood hand painted design of Hood’s name on either side. It has large ‘RH’ initials in pink fade, edged in green, with black shadowing. The rest of the lettering is in blue and red. There is a cartoon image of a masked outlaw and two pinstripe lines on the bottom of the helmet, all in black. It has a ‘Bart Simpson’ decal on the right side and a T-Thins decal on the chin, as well as retaining its original USAC tech sticker.

This helmet was part of the Ron Burton Collection and comes with a Certificate Of Authenticate.