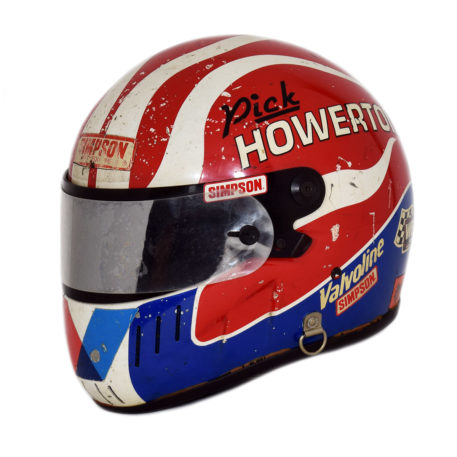 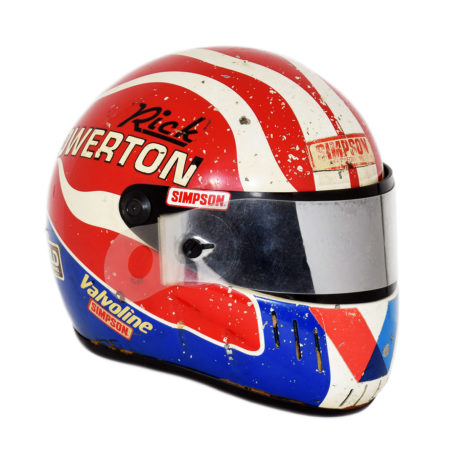 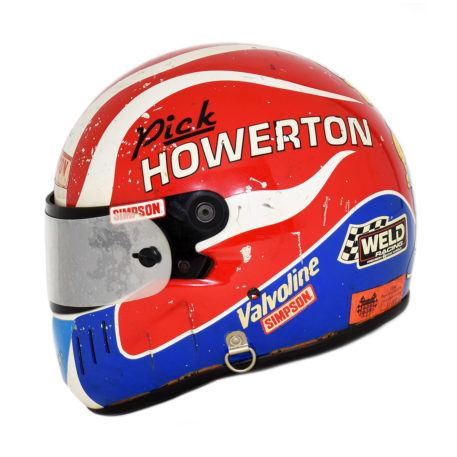 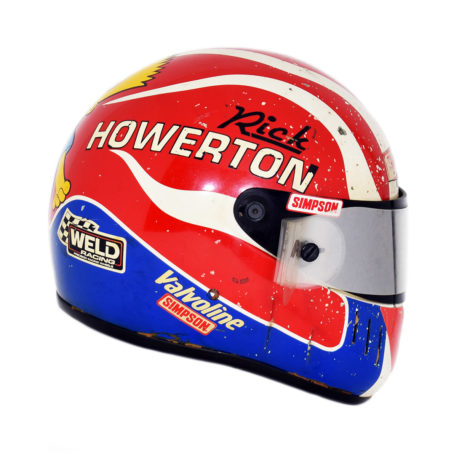 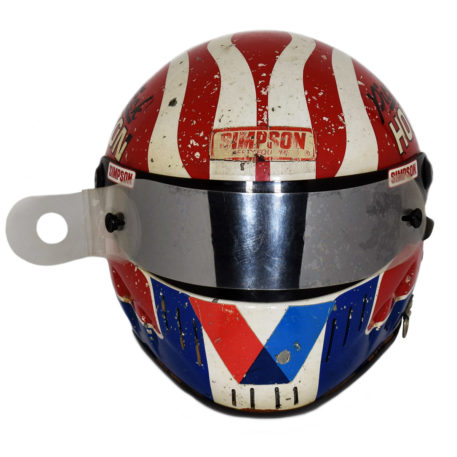 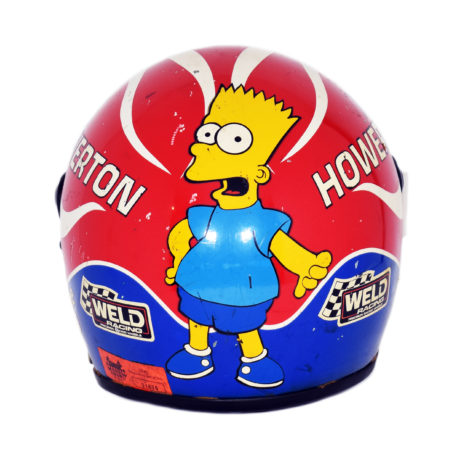 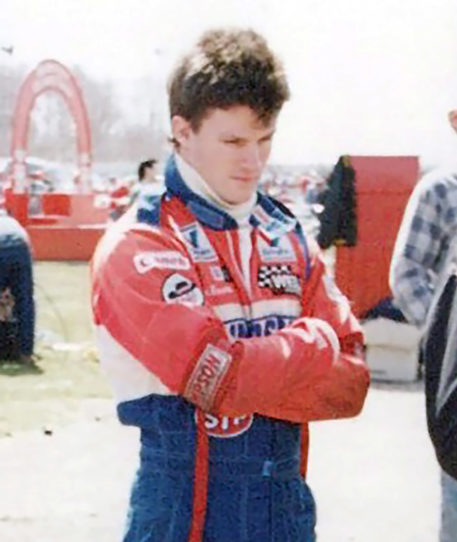 Simpson helmet used by Rick Howerton in 1990, his rookie season in the USAC Sprint Car Series. Howerton is a second generation Sprint Car driver from Indianapolis. His father, Jackie, won the prestigious Hoosier 100 USAC Silver Crown as a rookie in 1974 in an upset for the ages winning over drivers like Mario Andretti and Al Unser. Son Rick Howerton started racing motocross as a teen, then dabbled in go-kart racing before he went off to college, graduating with a degree in engineering.

His dad got a sprint car for him to race and he made the huge jump from racing karts to sprint cars with ease. Howerton got some strong results right out of the gate and was voted the 1990 USAC Sprint Car Rookie of the Year. As he got more involved in race car and bike fabrication, his participation in sprint car racing tailed off and, as a result, he had his last race in 1994. Howerton did, however, run an ARCA Racing Series race in 2015.

This great-looking helmet is in the colors of his sponsor of the day Valvoline Oils. It has a red top half with white ‘flames’ going across the top and sides. The bottom has a blue wavy band running around it, and a cartoon image of ’Bart Simpson’ is on the back. Howerton’s name is on the top and on both sides as well. The white chin has a Valvoline logo on it and Valvoline lettering runs along both sides with Weld racing decals applied to the back. The helmet also still retains its USAC tech sticker.