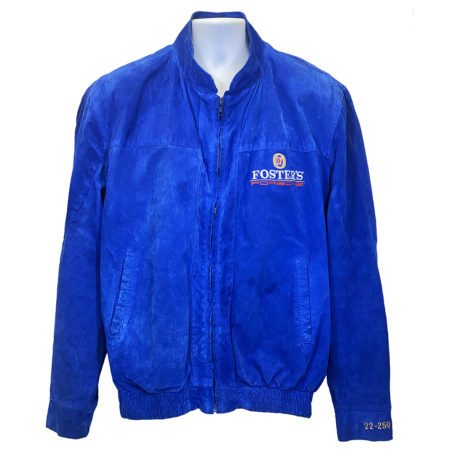 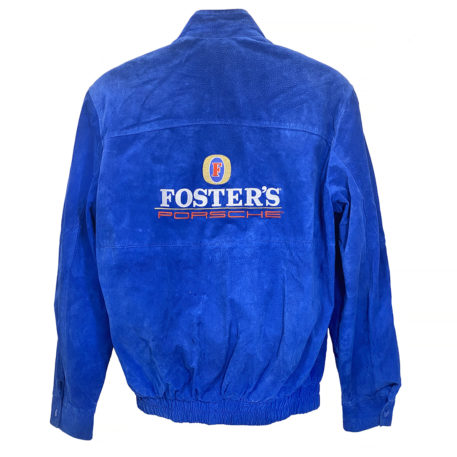 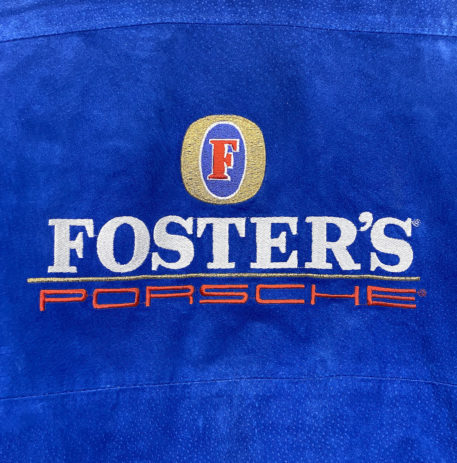 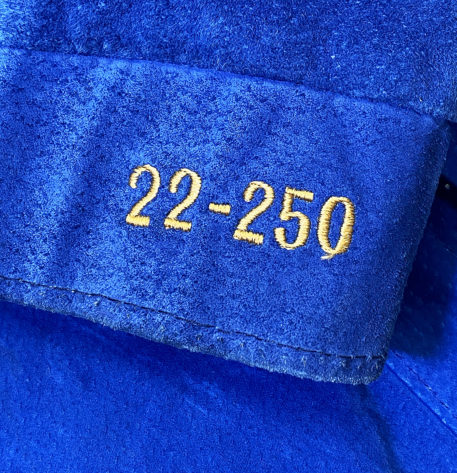 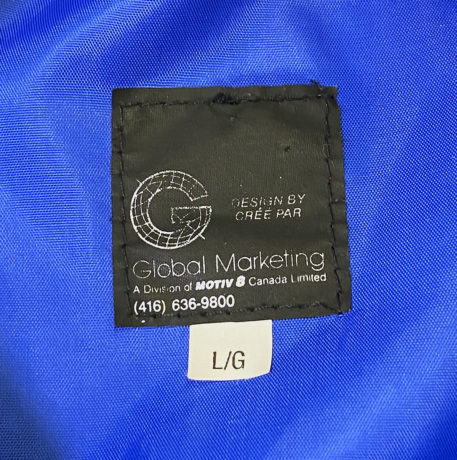 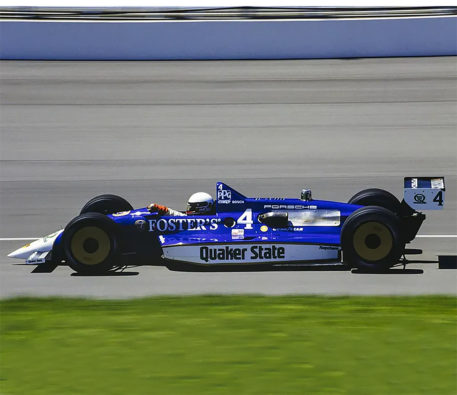 A rare official team issue jacket from when Porsche entered the IndyCar series. The major Germany automobile manufacturer’s first entry was in the 1980 Indianapolis 500 on the advice of Al Holbert, a three-time Le Mans winner and a three-time IMSA champion who had great ties with both Porsche and the American racing scene. His technical ability was recognized and, as a result, he was employed to run the company’s IndyCar project. After a hiatus, the Porsche team would return in 1987 and stayed in the series for another three years but due to politics and restrictions put in place by the ruling authorities, the company decided to withdraw from the series.

This Global Marketing manufactured jacket is from the team’s final year in the series in 1990 when Porsche tried to run their radical, revolutionary designed bespoke chassis known as the March 90p. The machine was promptly and wrongly banned by CART officials as being unsafe. It was this decision that ended Porsche’s interest in Indycar. For the 1990 season, the team had managed to attain a major sponsorship deal with Foster’s brewing group and changed the team livery from green/white to the blue/white colors of Fosters Lager. The ‘Bomber’ style jacket is in a suede fabric and is in the team’s blue color. It has the Fosters Lager branding lettering and logo on the left chest and across the back. Under this, in red, is the Porsche trademark lettering. On the cuff of the left arm are the numbers 22-250 embroidered in gold. The jacket has an elasticated hem with and a zipper fastener that is in full working order. It is in excellent condition for its age and is sized as Large on its label.