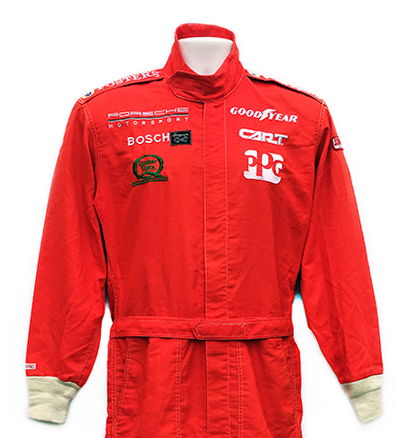 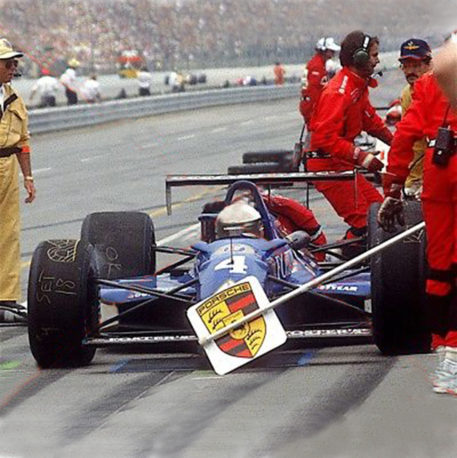 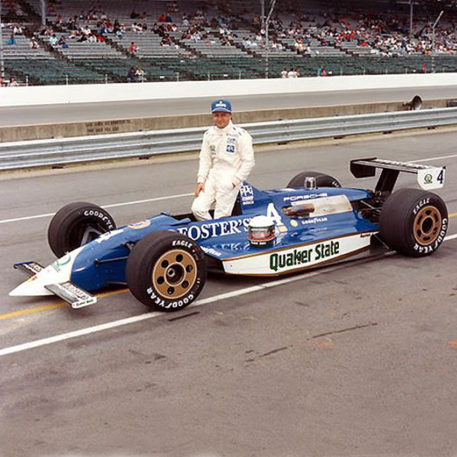 Super rare factory Porsche IndyCar pit crew suit from the 1990 season. This was to be Porsche’s third and final year in the PPG CART IndyCar series. Porsche decided to end their IndyCar program as a result of not being able to design a suitable chassis for their powerful V8 engines. In spite of this they ran with the tried and tested March chassis’s and the team was able to notch fourteen top five finishes as a result, including a win and four other podium spots over the three seasons.

The all red Simpson suit has the Porsche Motorsports and Sponsor’s Quaker State Oil logos on the right side of the chest along with the PPG CART logos on the left side. It also has team suppliers Bosch and Goodyear logos added as well. On the back of the suit and the shoulder pulls are sponsors Fosters Larger branding logos as well as a large Porsche Motorsports logo.

This is a great opportunity to own a rare item for the Porsche or IndyCar collector.