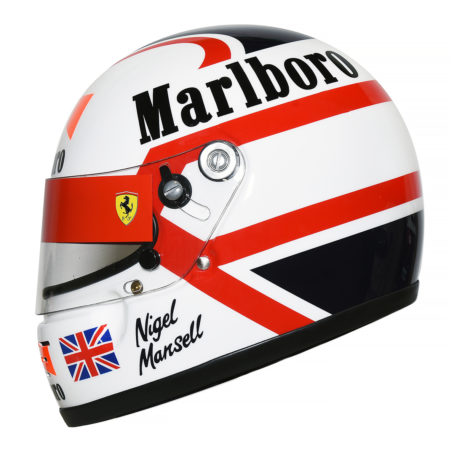 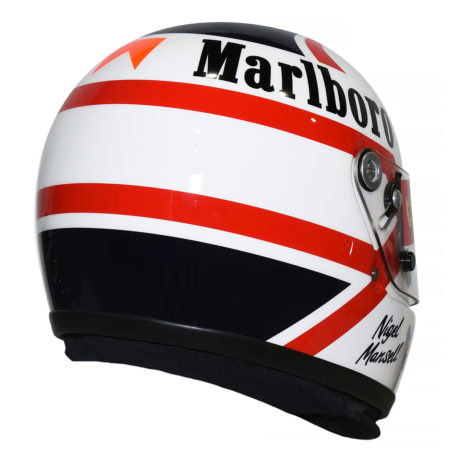 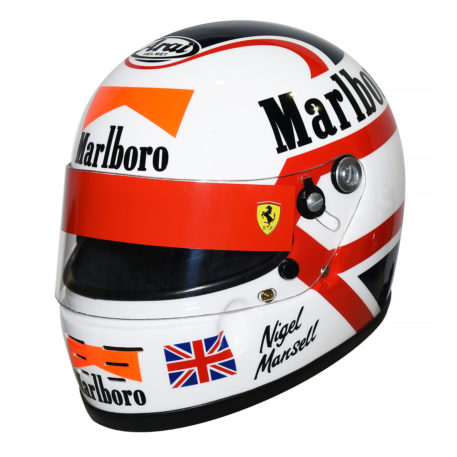 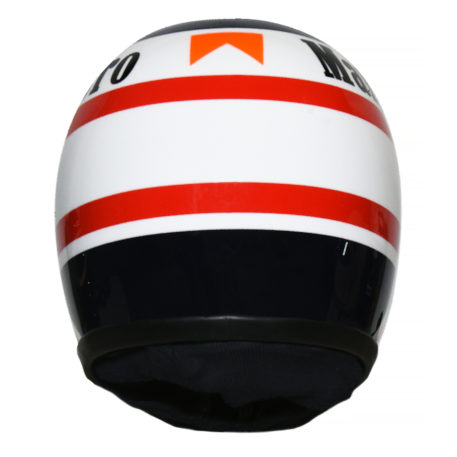 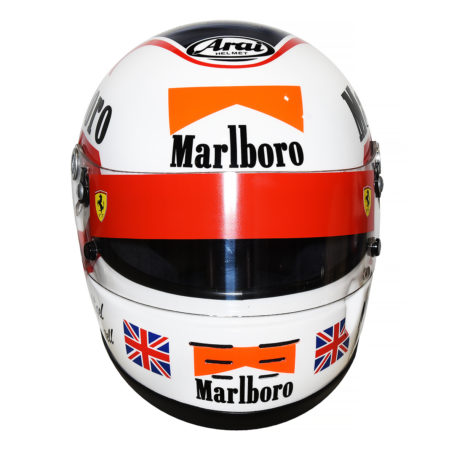 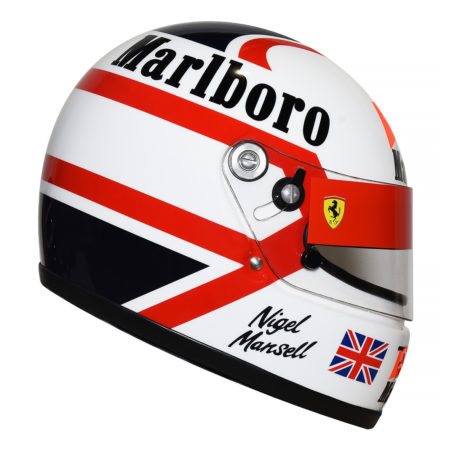 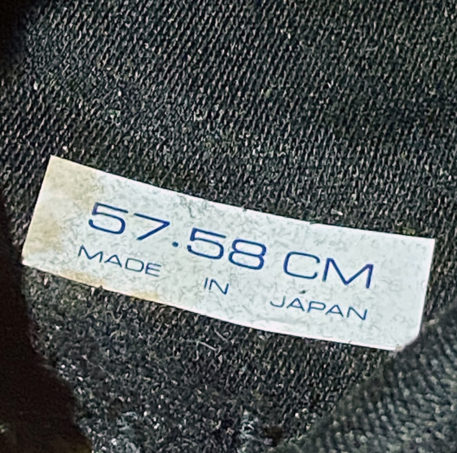 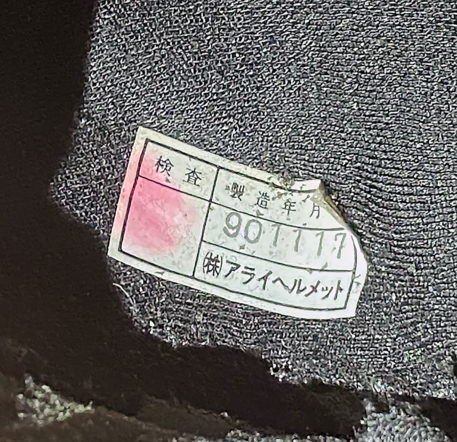 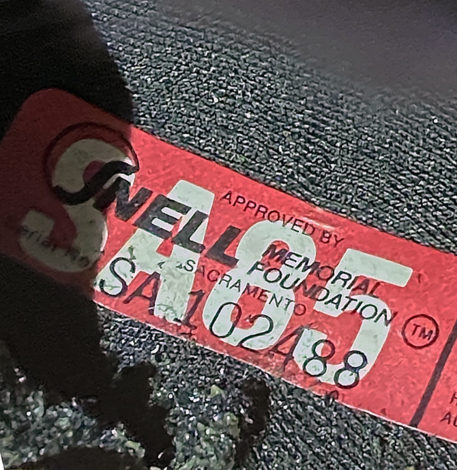 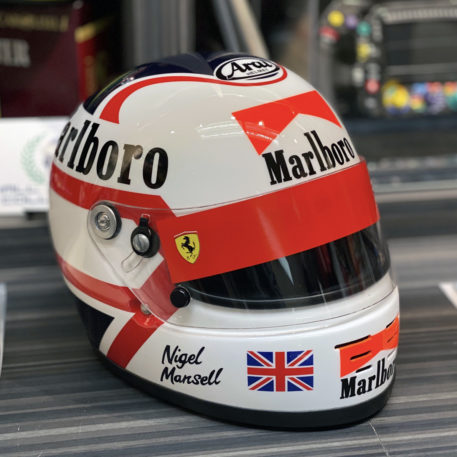 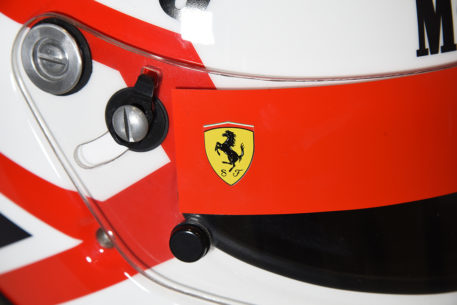 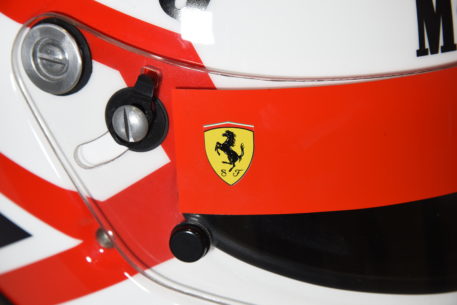 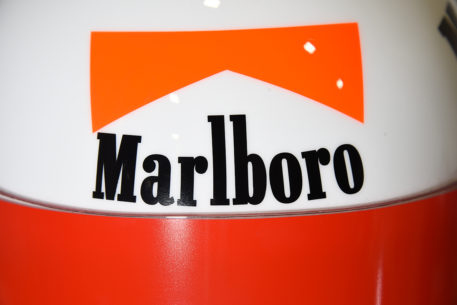 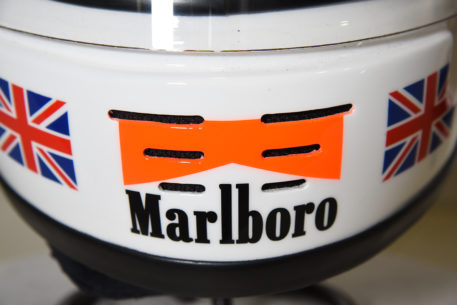 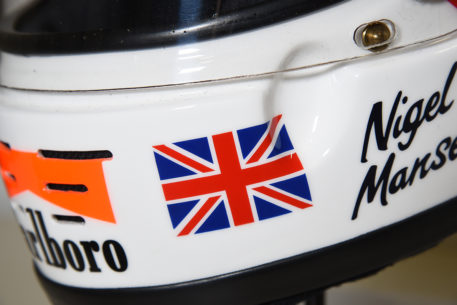 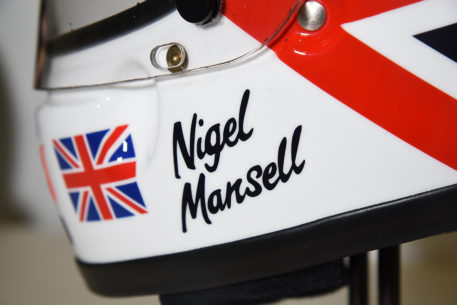 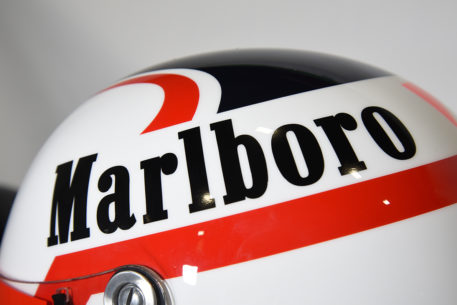 An original Arai GP2 helmet superbly painted to replicate the helmet worn by Nigel Mansell in his second year with the Scuderia Ferrari SpA Racing Team.

Mansell became the last Ferrari driver to be personally selected by Enzo Ferrari before the great man’s passing in August 1988, an honor Mansell described as “one of the greatest in my entire career”. Mansell became known as “il leone” (“the lion”) by the ‘Tifosi’ because of his fearless driving style. Unfortunately due to the 640/641 machines’ reliability issues, the two seasons Mansell spent with the team (1989-90) were not as successful as expected. Even so, he scored three wins and eight other podium finishes over the two seasons. Mansell would go on to win the Formula 1 World Championship in 1992 and then the CART IndyCar Championship in 1993.

The helmet has Mansell’s iconic design, resembling the British Union Jack Flag, which he wore throughout his career. Its white base color has two red bands ending with chevrons on either side. Added to this are adjoining red stripes angling down to the bottom of the helmet at its middle, and a curved red stripe that runs over the crown. There are two dark blue sections on the crown and bottom back of the helmet. The team’s major sponsor ‘Marlboro’ brand lettering is around the top of the helmet and their chevron logos are on the top front and chin. Mansell’s name and national flag are on both cheeks. The visor wears a red sun strip that has the Ferrari ‘Prancing Horse’ shields on either end.

This fantastic looking helmet would be a great addition to any collection at a fraction of the price of what a race-worn helmet would cost.