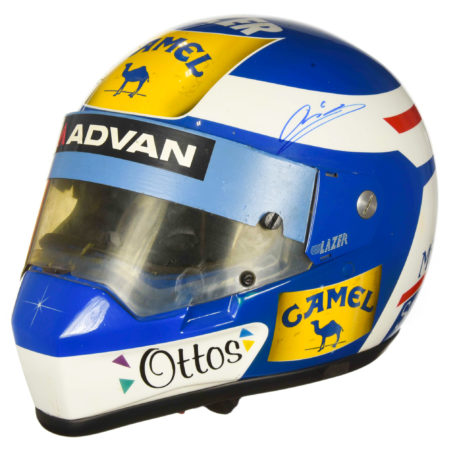 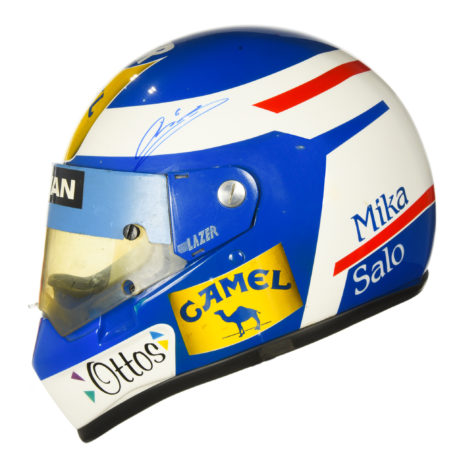 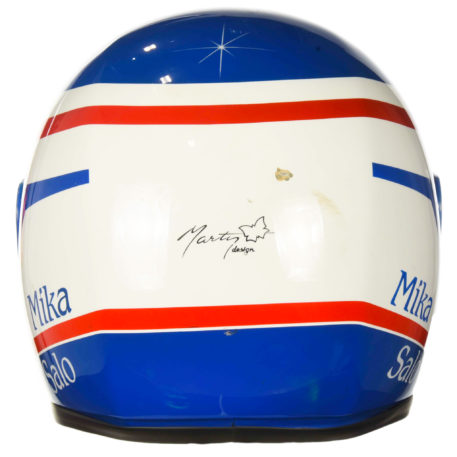 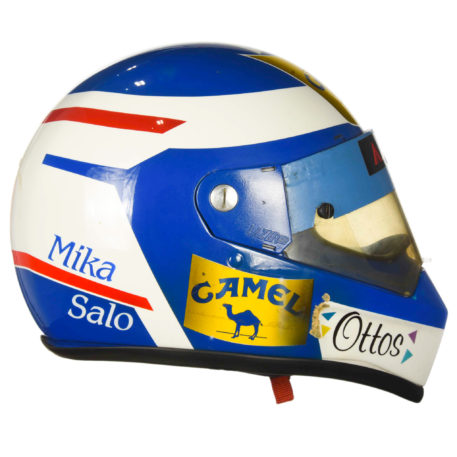 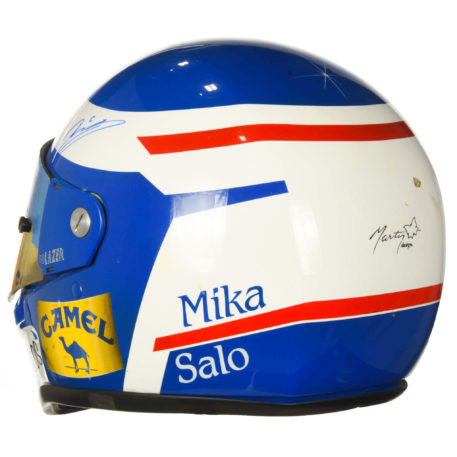 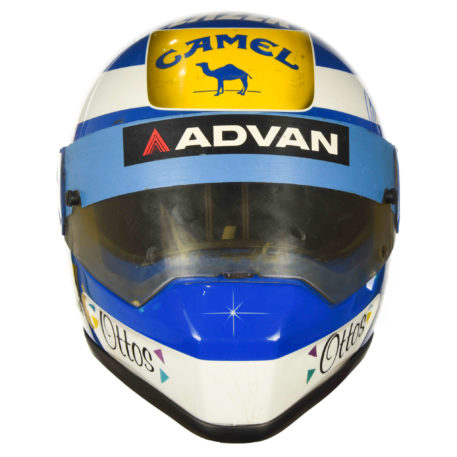 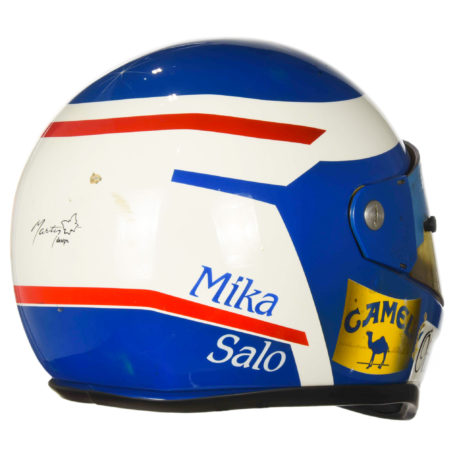 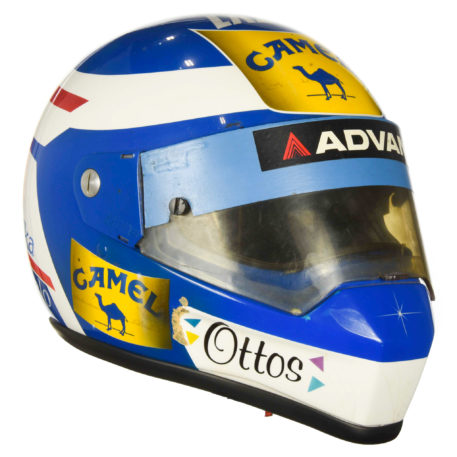 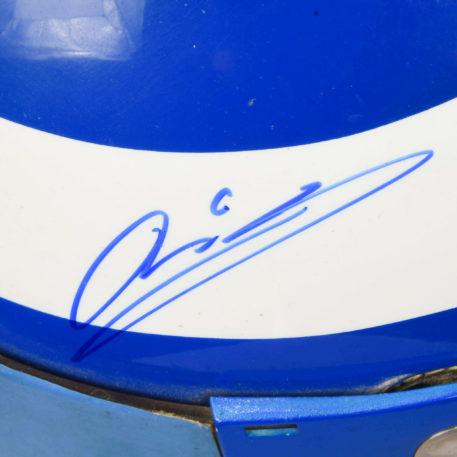 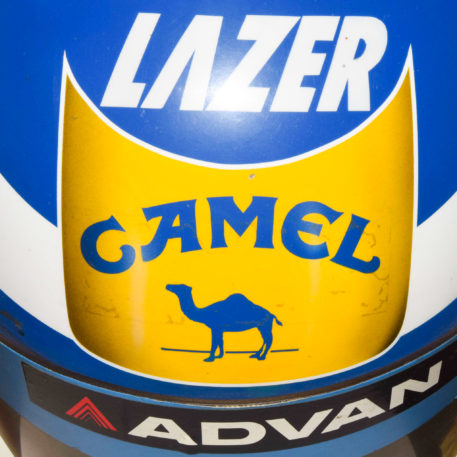 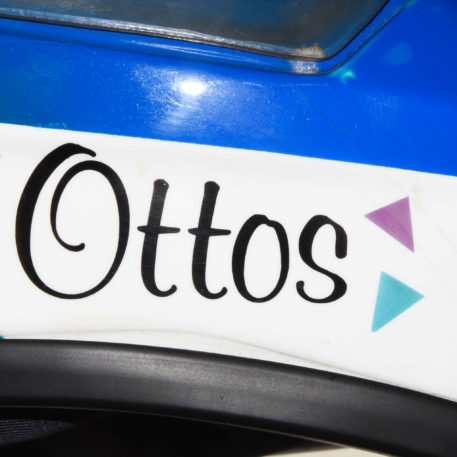 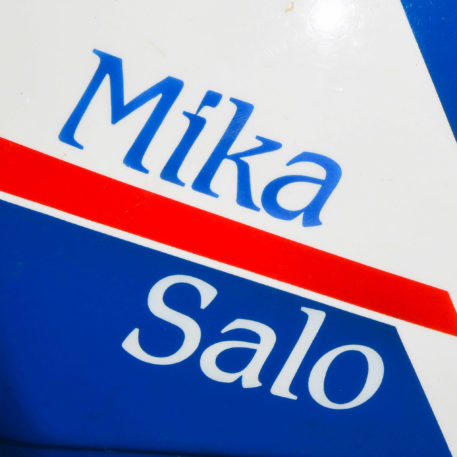 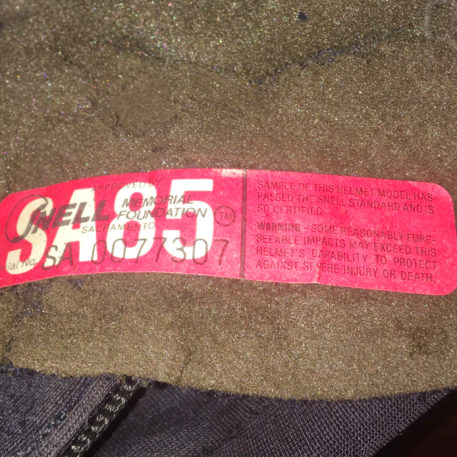 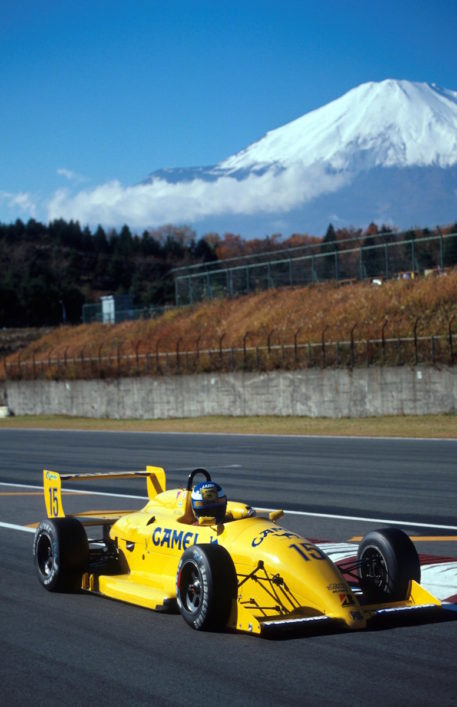 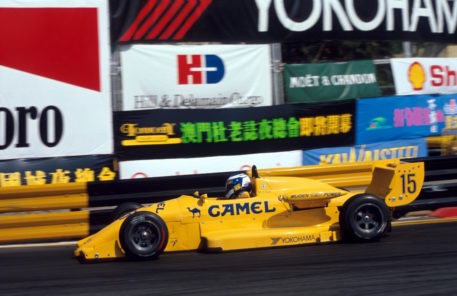 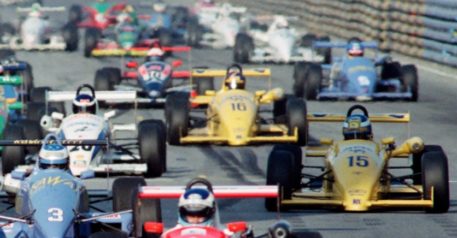 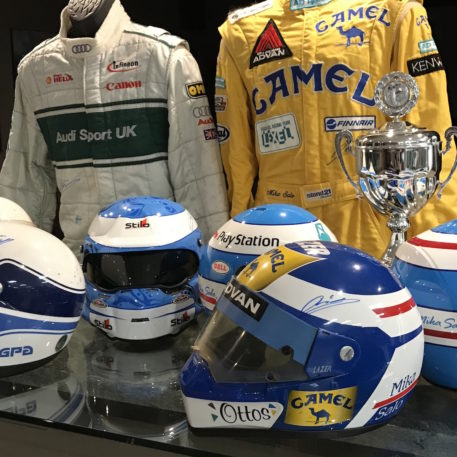 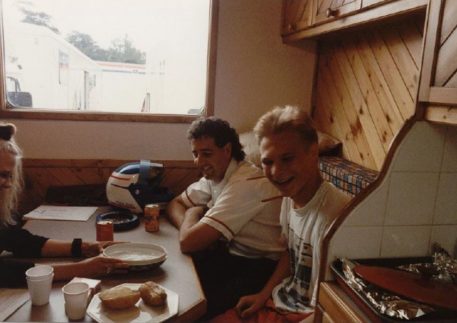 Very Rare Lazer helmet worn in 1990 by Finnish driver Mika Salo for two International F3 races, one in Macau and the other in Japan. Racing for Alan Docking Racing in a Ralt RT34 Mugen-powered car, Salo would finish in the Macau Grand Prix ahead of drivers the likes of Mika Hakkinen and Heinz Harold Frntzen and second only to an upcoming German driver named Michael Schumacher. He would place eighth in the Euro-Macau-Fuji-Challenge Cup at the Fuji International Speedway in Japan.

This Lazer helmet is in Mika Salo’s iconic blue and white colours of the Finnish flag. It was painted by Marty Design and has red accents along with Salo’s name on the back, and Camel branding logos on the top front and on both cheeks. There’s an ADVAN branding logo on the sunstrip and Ottos branding logos within the white band across the chin area.

Lazer is the oldest helmet manufacturer in the world, dating back to 1919, and their helmets are very hard to find in the collectors market. They were also used briefly in F1 by Derrick Warrick and Yannick Dalmas. Don’t miss this very rare opportunity to add one to your collection today.

The helmet is personally signed by Salo and comes with a Hall of Fame Collection Certificate of Authenticity.