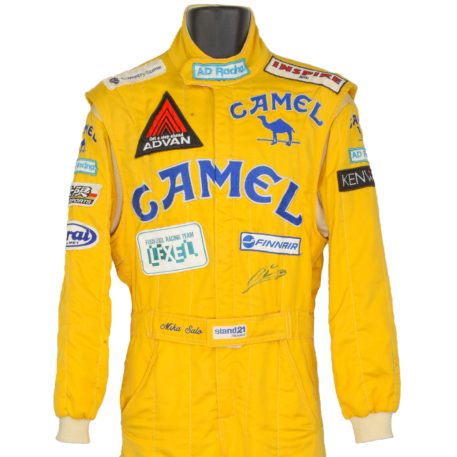 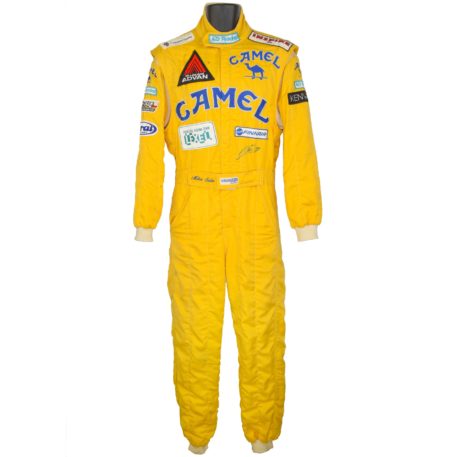 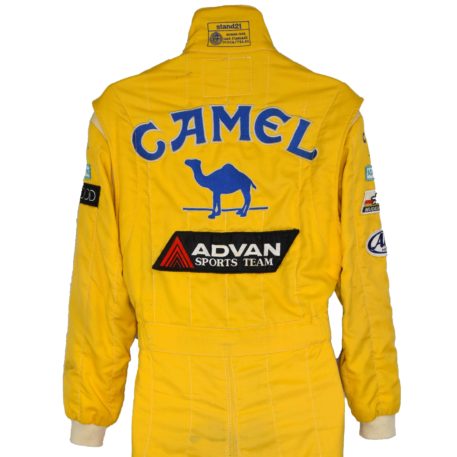 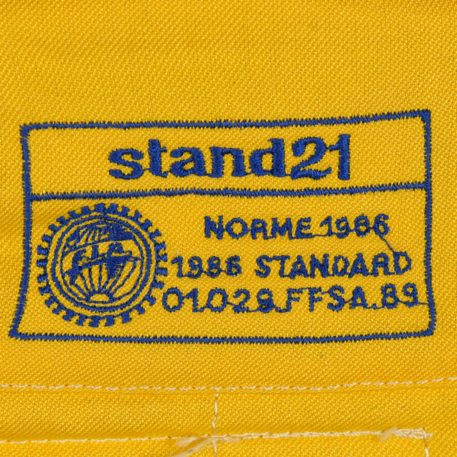 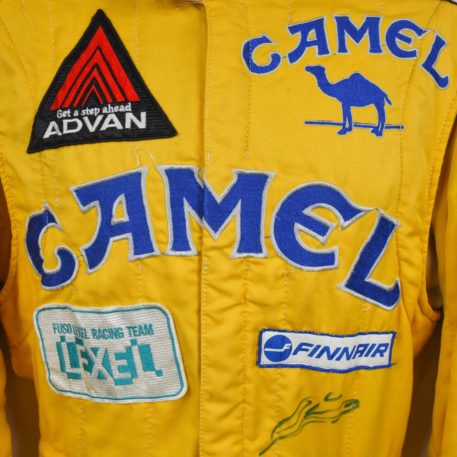 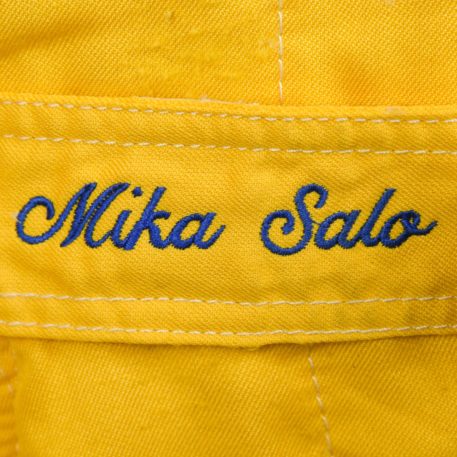 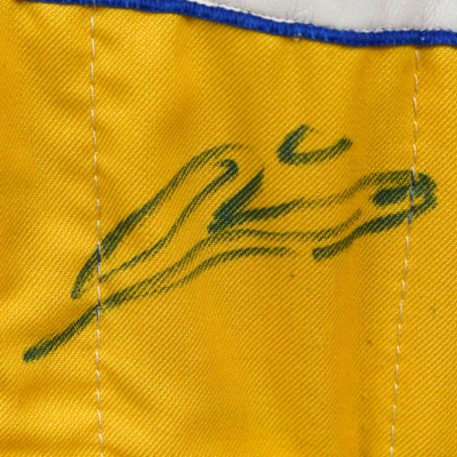 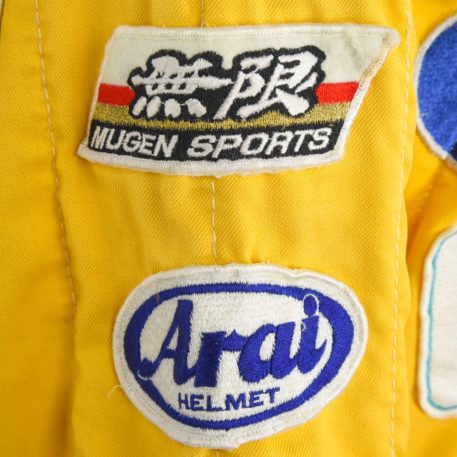 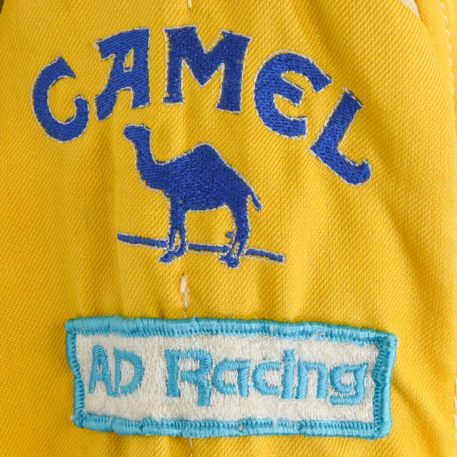 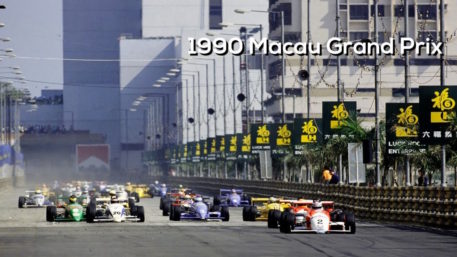 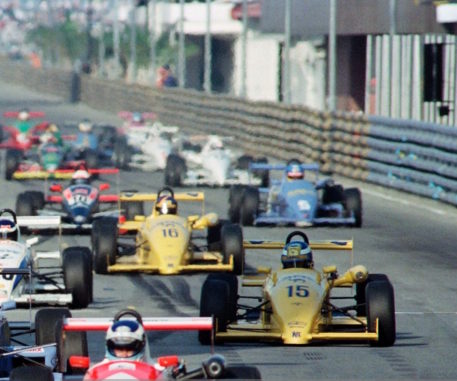 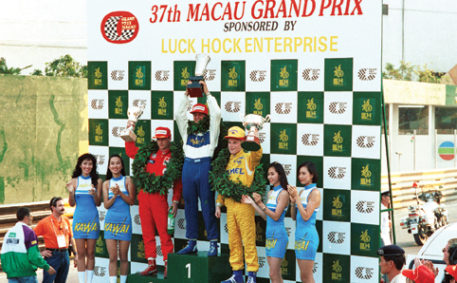 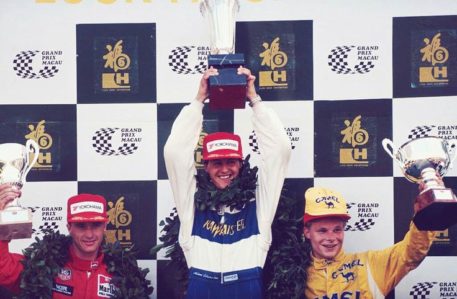 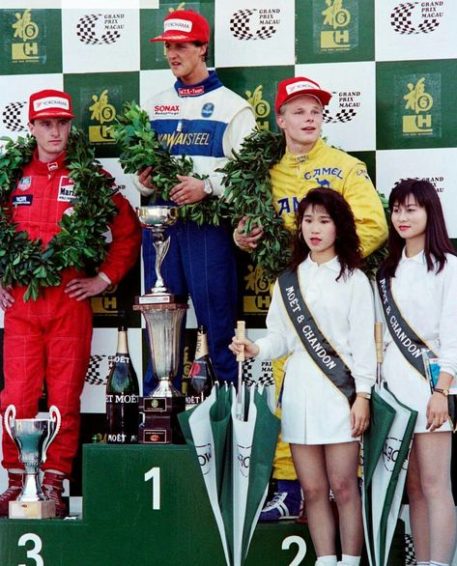 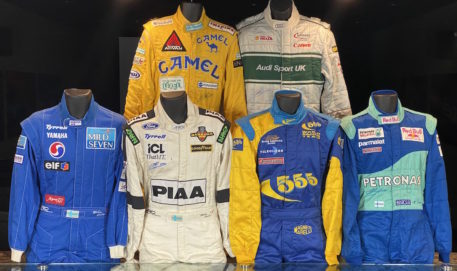 Camel-sponsored Stand 21 suit worn in 1990 by Finnish driver Mika Salo for two International F3 races, one in Macau and the other in Japan. Racing for Alan Docking Racing in a Ralt RT34 Mugen-powered car, Salo would finish in the Macau Grand Prix ahead of drivers the likes of Mika Hakkinen, Heinz Harold Frentzen and was second only to an up-and-coming German driver named Michael Schumacher. He would place eighth in the Euro-Macau-Fuji-Challenge Cup at the Fuji International Speedway in Japan.

Salo started his long successful racing career in Formula Ford, racing both in Finland and in the UK at the famous Festival held at the Brands Hatch Circuit. In 1989 he moved up to the competitive British F3 Championship, and in 1990 he finished 2nd behind fellow Finn, Mika Hakkinen in the final drivers standings.

Salo would end his F1 career with stints at the Sauber and Toyota teams but would go onto greater success in many international Sportscar events. His relationship with Ferrari remained strong as he secured numerous victories including two at the 12 Hours of Sebring and the 24 Hours of Lemans plus the 2007 American Le Mans Series Championship. He was also a race winner at at the famous Bathurst circuit in both the 12 hour Endurance and Gold Coast 600 V8 Supercar races.

The suit comes directly from Salo’s private collection and is personally signed by him.

Don’t miss this rare opportunity to own this stunning suit from Mika Salo’s impressive racing career.