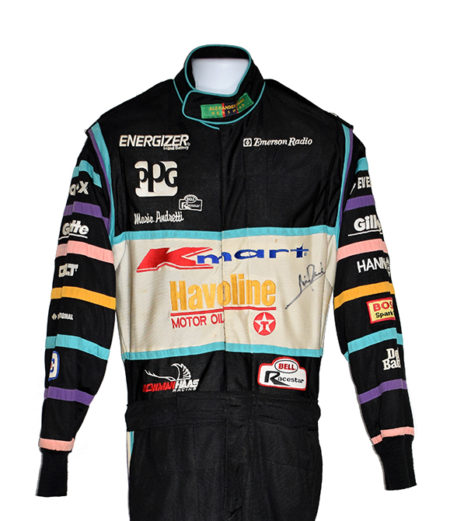 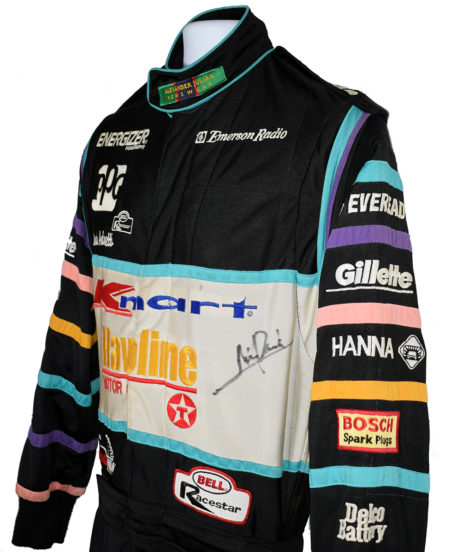 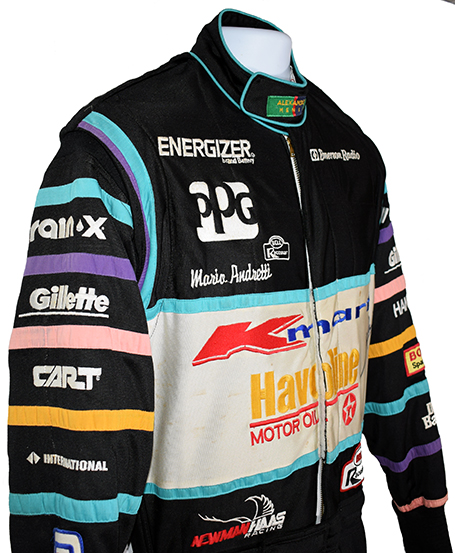 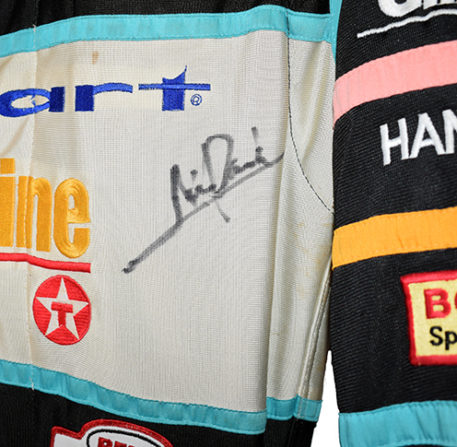 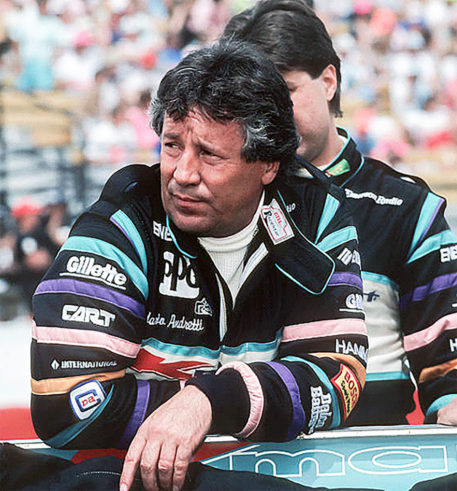 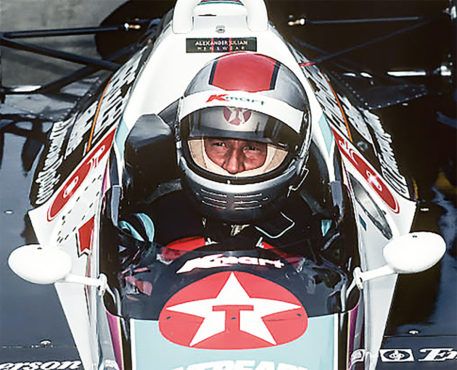 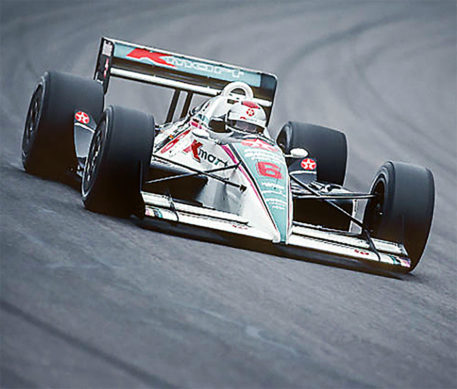 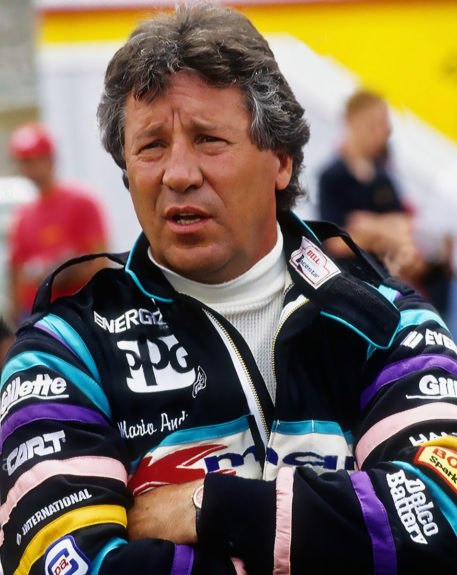 Race suit worn by the great Mario Andretti, one of the most successful race drivers in the history of the sport. The suit was worn (photo-matched) during the 1990 CART IndyCar season where Mario, who was teamed up with his son Michael, drove a Chevy Lola T90 for the Newman/Haas Racing Team. Mario scored ten top-five finishes for the year, including four podiums.

This Alexander Julien designed, black Bell Racestar suit has a wide white band, edged in turquoise, running around the midriff with the team’s major sponsors’, Kmart and Havoline Oil, branding logos embroidered within the band, front and back. On either arm are staggered colored bands (pink, purple, yellow and turquoise), with many sponsor patches placed within the bands. There’s a white, turquoise and purple stripe that runs down the outside of both legs. Mario’s name is embroidered on the right chest and the team logo is on the right waist, along with other sponsor/suppliers patches on the torso.

The suit is also personally signed by Mario Andretti and comes with a full Certificate Of Authenticity.