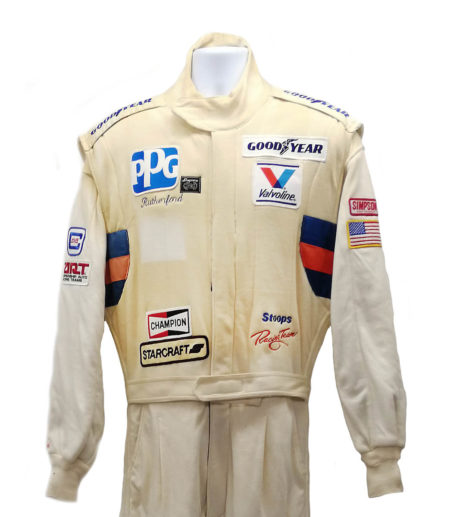 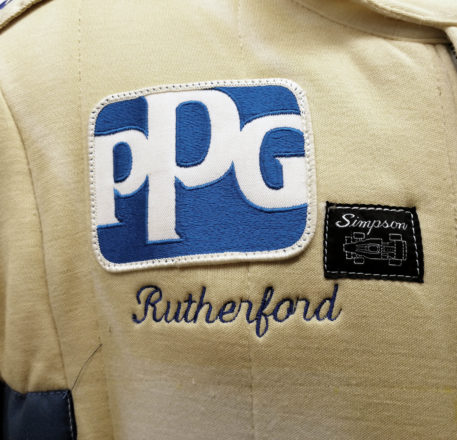 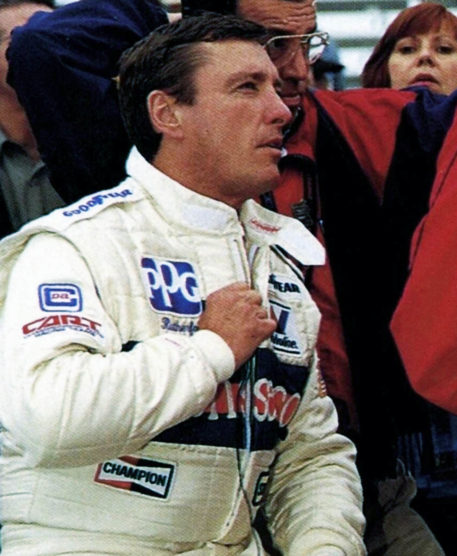 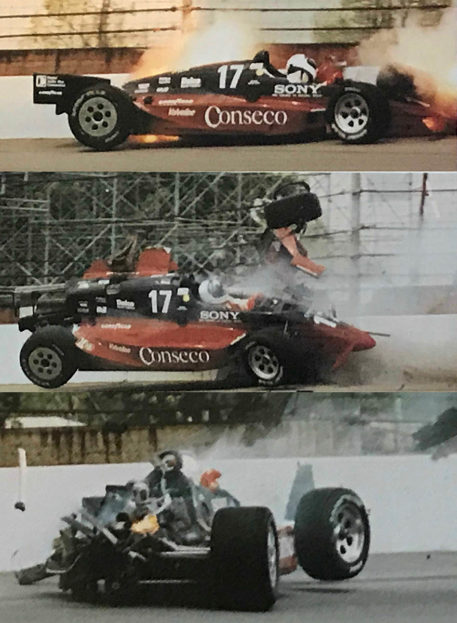 A race suit used by IndyCar legend Johnny Rutherford while qualifying for the 1990 Indianapolis 500. Rutherford, a three-time winner of the race, drove an outdated Stoop Racing/Conseco sponsored Lola. Unfortunately for Rutherford, the car suffered from severe handling problems and spun him into the wall twice. The second time Rutherford was concussed and he was eventually sidelined from the race (see pictures).

The all-white Simpson suit has the sponsor Conseco red and blue band running around the midriff and on the middle back of the torso has their lettering in its center. There are stitch marks on the front of the suit which indicates that the original banding on the front of the suit was removed.  This may also indicate that Rutherford may have used the suit for other events. The suit also has many other sponsors/supplier patches added to the suit, including Starcraft, Stoops, Goodyear, and Valvoline. Rutherford’s name is embroidered on the right chest. Please note the front upper half of the suit has a slight yellow tinge as a result of the suit being displayed in direct sunlight.