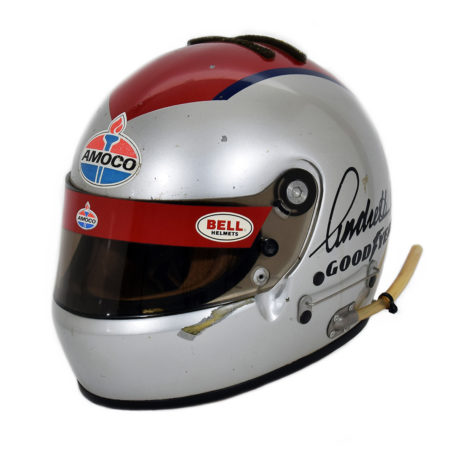 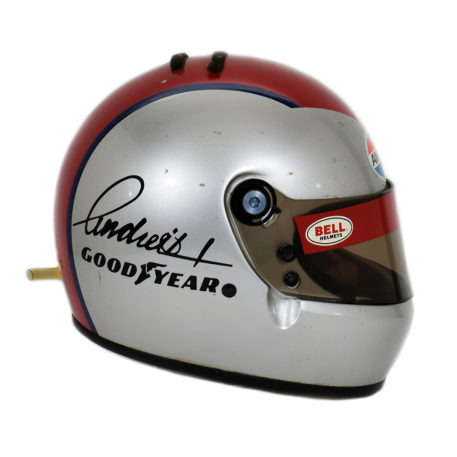 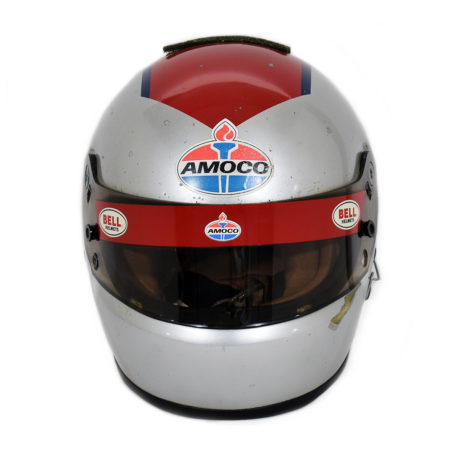 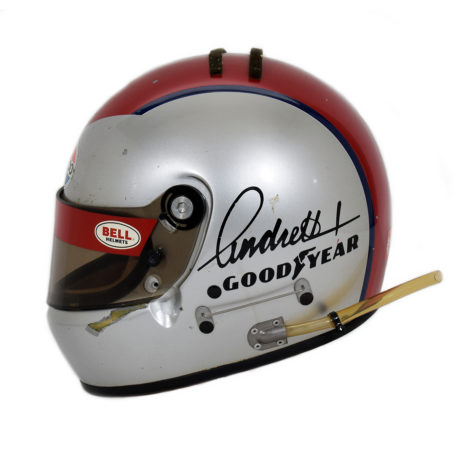 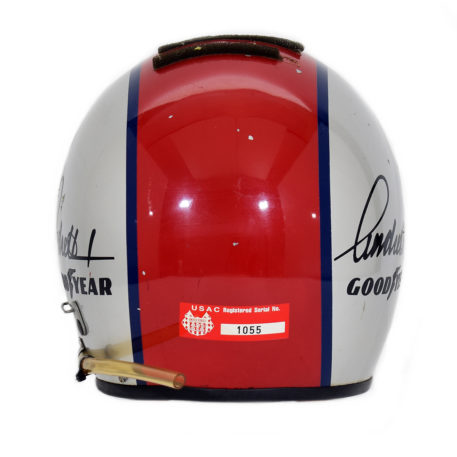 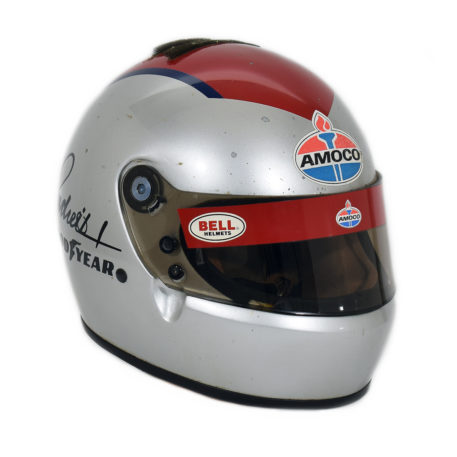 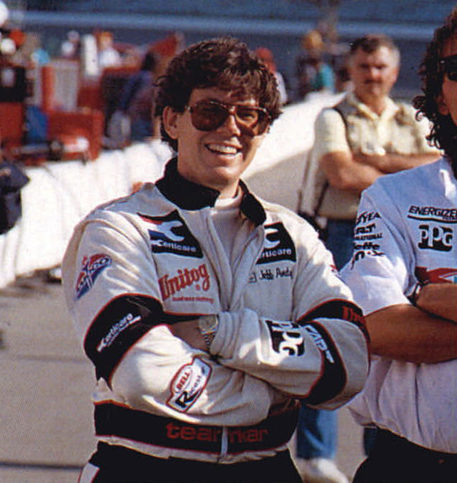 Helmet used by Jeff Andretti in his first races in the CART IndyCar Series. After coming through the ranks of Formula Ford, American Racing Series (Indy Lights) and Formula Atlantics, Jeff Andretti stepped up to the PPG CART IndyCar series in 1990. Driving for the Amoco/Teamkar Team he attempted to qualify for the Indy 500. Unfortunately he failed to make the field by getting bumped from the grid. He then started in the next race in the series at Milwaukee. History was made by him starting this race, along with Mario, Michael and Jeff also starting in the race, made this the first time that four members of one family had raced together in a Championship event. These were the only two races Jeff Andretti enter this season. This helmet would probably been used at both events.

The helmet has the Iconic ‘Andretti’ design, silver with a red edged in blue chevron stripe running over the top of the helmet. The Andretti script name and Goodyear decals are to either side in black. Team owner/sponsor Amoco decals are to the top front and visor strip. The helmet also retains its pop-off pipe and fitting along with the USAC tech sticker.