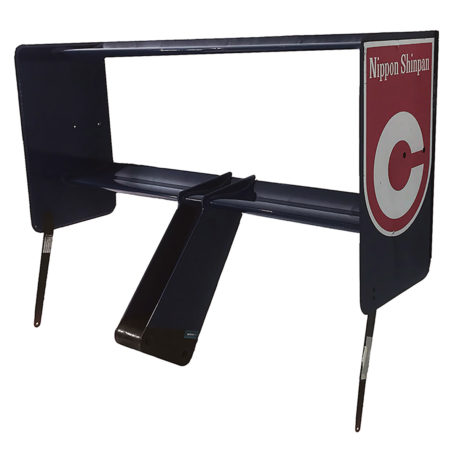 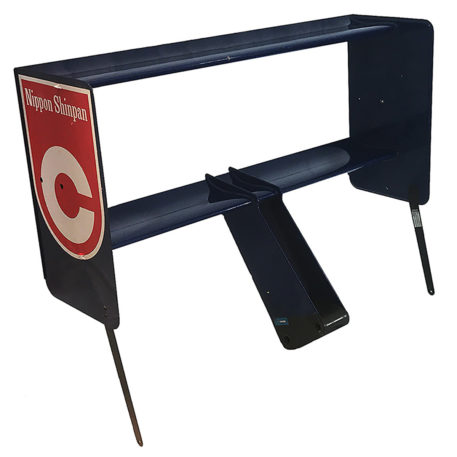 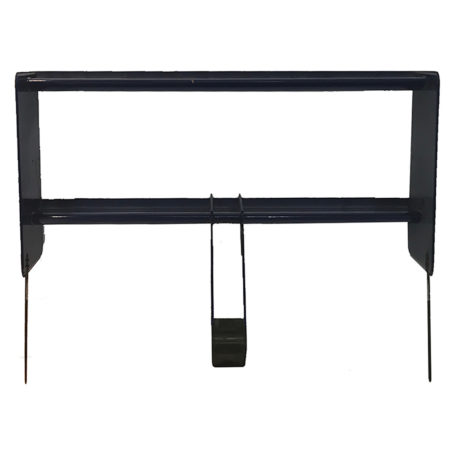 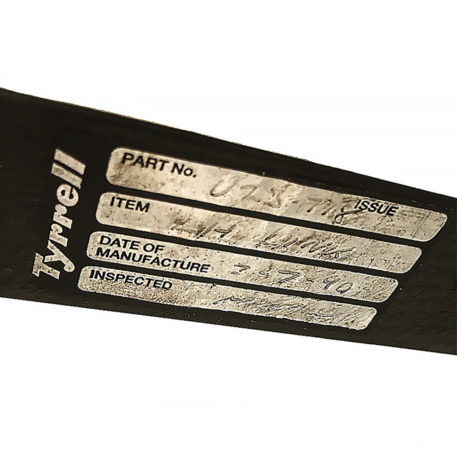 Complete aerodynamic rear wing set up from a Tyrrell 019 which was used during the 1990 Formula 1 season.

This rear wing is recognizable to many F1 fans as it is the one used by Jean Alesi in his breakout season. At Round one in Phoenix USA, he led for 25 laps in front of Aryton Senn with a car powered by a customer Ford V8 considered as vastly inferior to the V10 Honda in Senna’s McLaren.

Second place in the Monaco Grand Prix followed the second place gained in Phoenix, and by mid-season, top teams were clamouring for his services in 1991 where he eventually signed for Ferrari.

The Tyrrell 019 was designed by Harvey Postlethwaite who was a British engineer and Technical Director of several Formula 1 teams.

Tyrrell ran many rear wing setups on their 019 cars (Mono, Bi, and Tri) according to track conditions.

This is a fixed carbon-fiber Bi set up in Tyrrell blue and has two downforce cross-wings held between two large endplates. There are bolt holes for a third wing to be added. It has the gearbox fixing bracket to the bottom wing, which has the Tyrrell production sticker. On the outside of both endplates are the sponsorship decals of the Japanese financial group Nippon Shinpan. To the bottom of each of the endplates are two further fixing/strengthen brackets that would have bolted to the car floor pan.

The piece comes with a full Certificate of Authenticity.