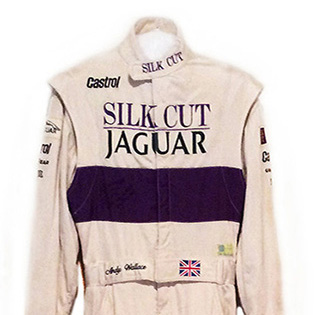 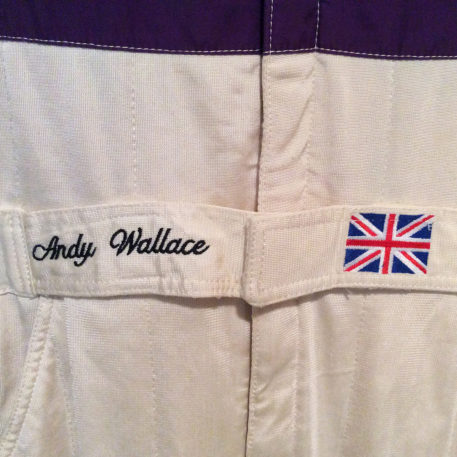 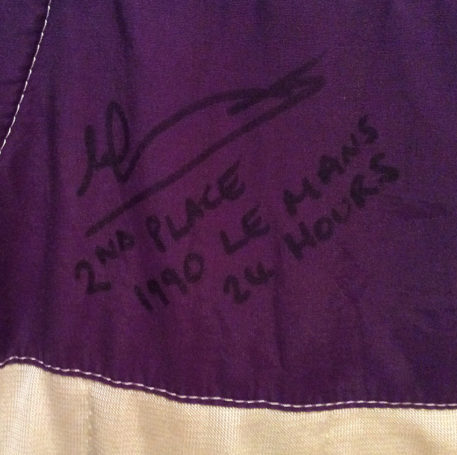 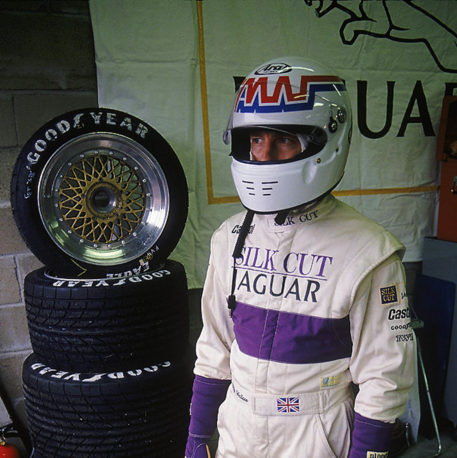 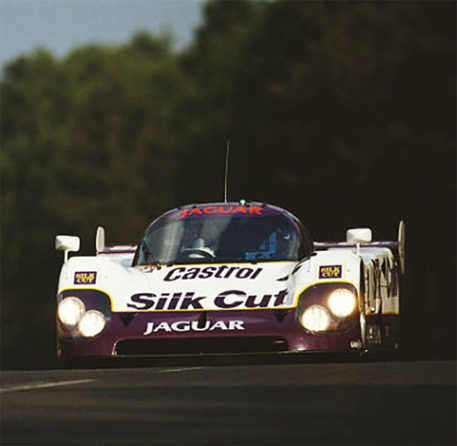 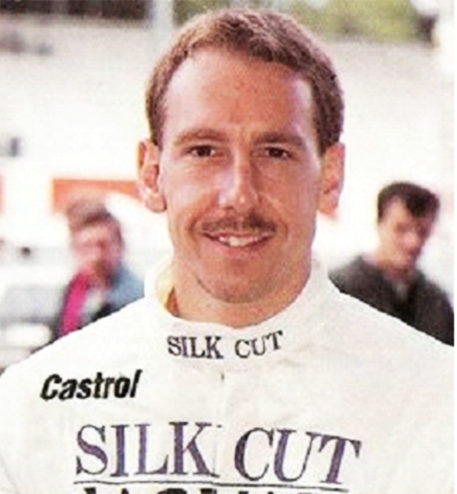 Race worn suit by British Endurance Sportscar driver Andy Wallace during the running of the 1990 Le Mans 24 Hour, while driving a Jaguar XJR-12 for the Silk Cut Jaguar Racing Team. Wallace, teamed up with co drivers Jan Lammers and Franz Konrad for the race which saw the trio come in second overall behind the team sister car driven by Niesen, Brundle and Cobb.

Wallace a specialist at driving a winning in prototype sports cars since 1988 His incredible record includes winning over 25 International Sports car races including: 24 Hours of Le Mans, 24 Hours of Daytona, and 12 Hours of Sebring.

The all white suit has a wide purple band around the midriff with the major team sponsor Silk Cut Tobacco lettering on the chest and back and team suppliers logos embroidered onto the arms. The suit has also been personally signed dated and race documented by Andy Wallace and comes with a full Certificate of Authenticity.