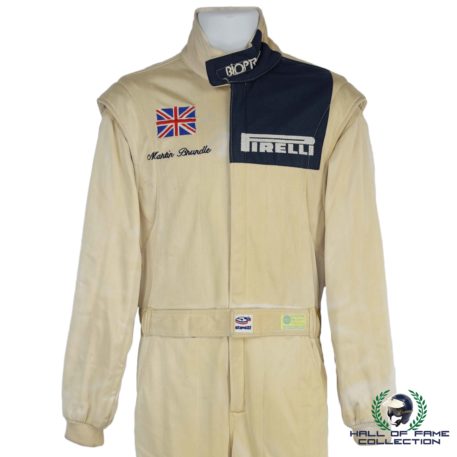 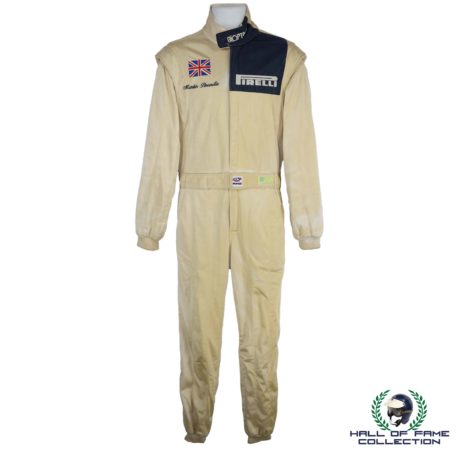 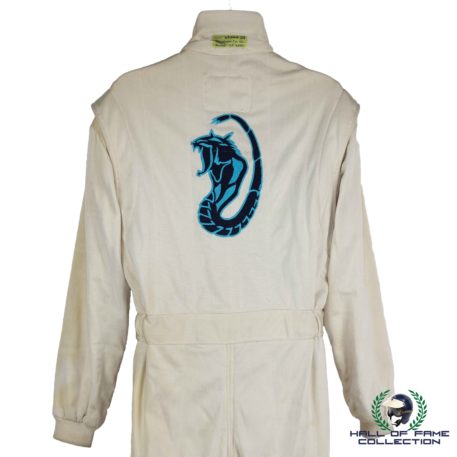 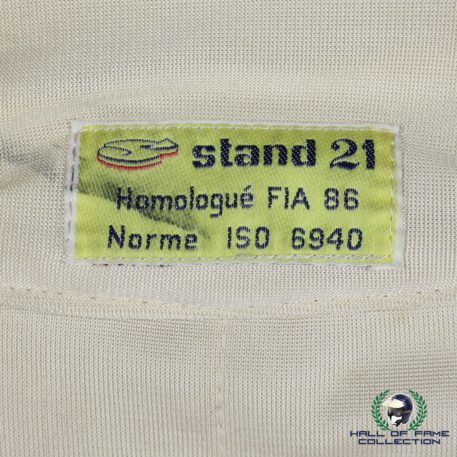 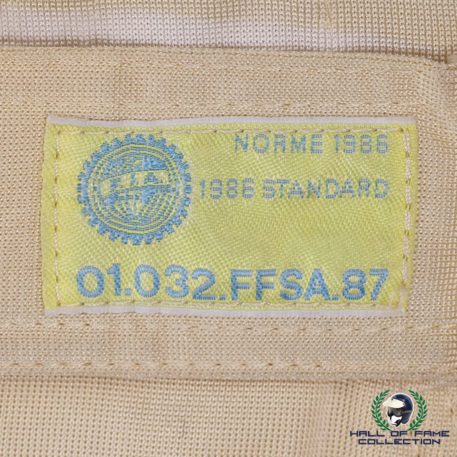 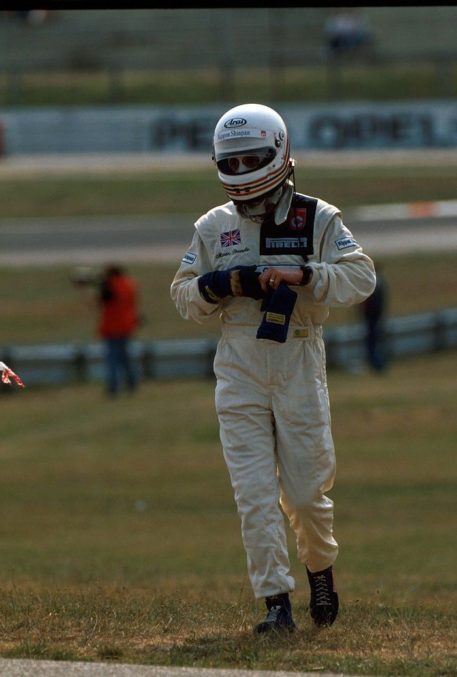 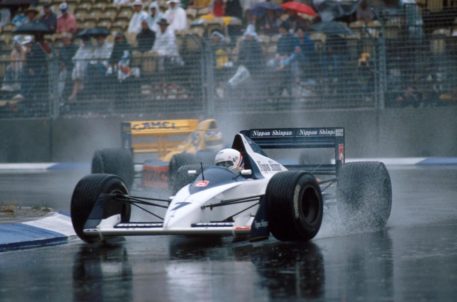 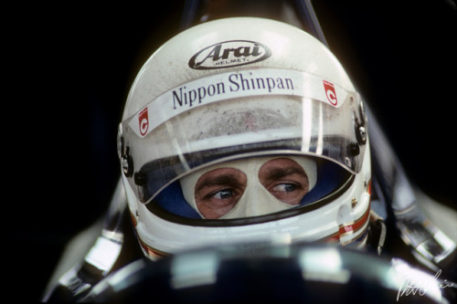 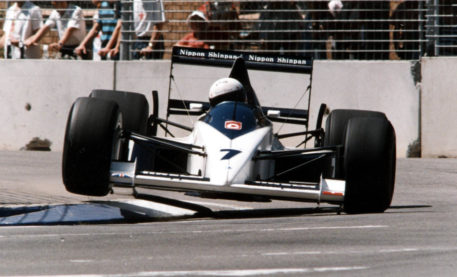 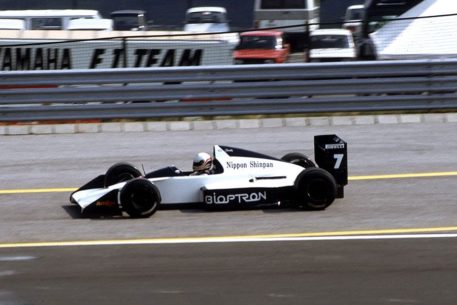 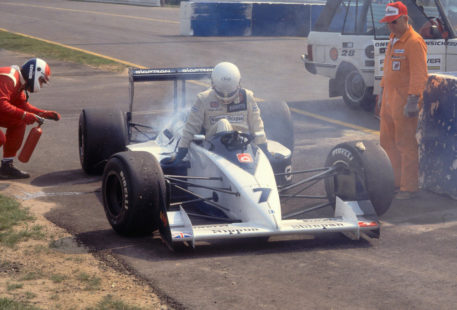 Race-used suit worn by British racer Martin Brundle while driving for Brabham in their Judd-powered V8 BT58 during the 1989 F1 season.

Brundle contested the 1983 British Formula Three Championship, finishing a close second to Ayrton Senna, and the two progressed to Formula One the next year. Brundle was the 1988 World Sportscar Champion with Silk Cut Jaguar, with a record points score; and won the 1990 24 Hours of Le Mans race for Jaguar Cars in a Jaguar XJR-12. In 1989 he returned to Formula One full-time with the returning Brabham team. But while the former champions were initially competitive, with Brundle running third at Monaco (until a flat battery forced him to pit for a replacement), and with his teammate Stefano Modena finishing third, Brabham were unable to recapture their early past success. Brundle then opted to move back into the sports car arena for 1990. His 1990 24 Hours of Le Mans victory rejuvenated his career, but a top-line race seat in Formula One would still elude him. As well as contesting races in sports prototypes, Brundle also contested the American IROC series in 1990. He took victory at the temporary circuit at Burke Lakefront Airport (the only IROC victory for a British driver) and finished third in the overall standings.

This Stand 21 suit is in an off-white color and shows signs of race wear. The left chest has the Pirelli branding logo on it in white-on-blue. The left side of the chest has Brundle’s name and the Union Jack embroidered on it. The back of the suit has the iconic Brabham “Hissing Sid” snake logo embroidered on it in blue.