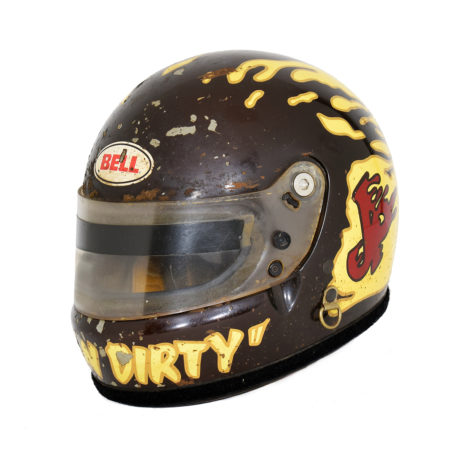 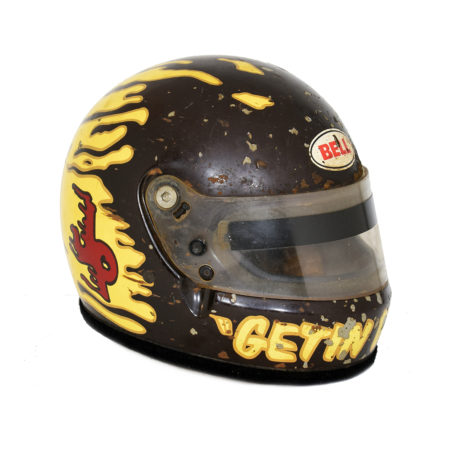 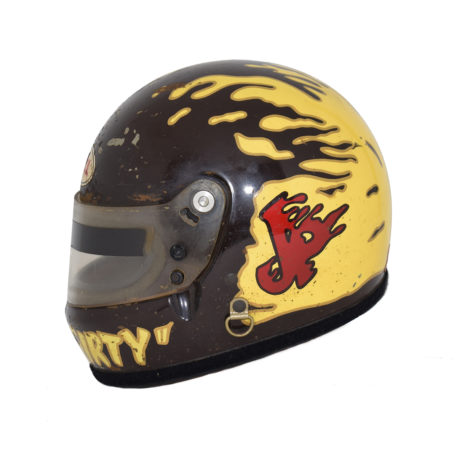 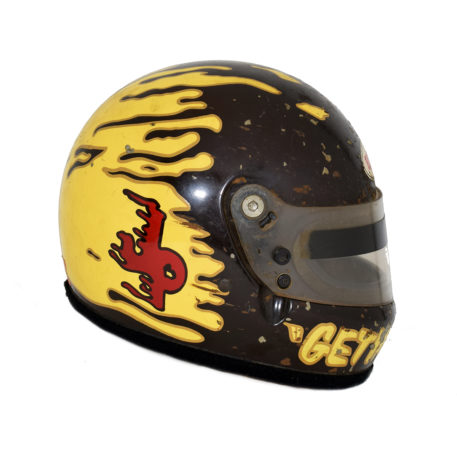 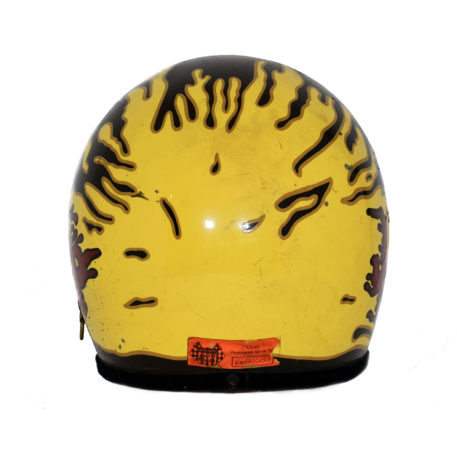 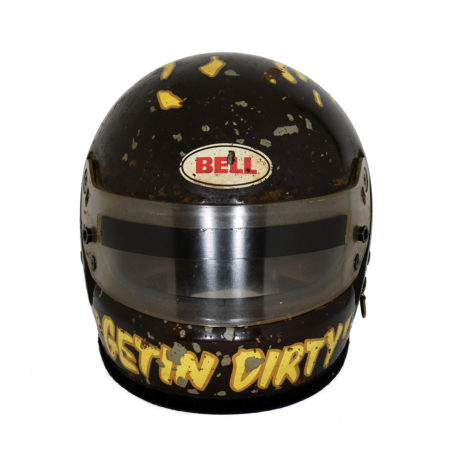 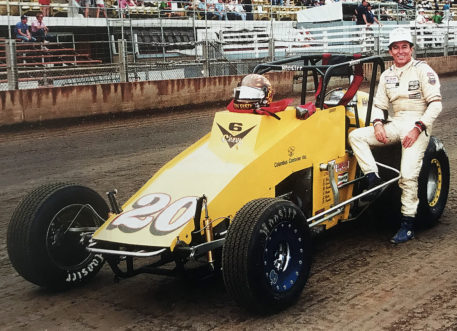 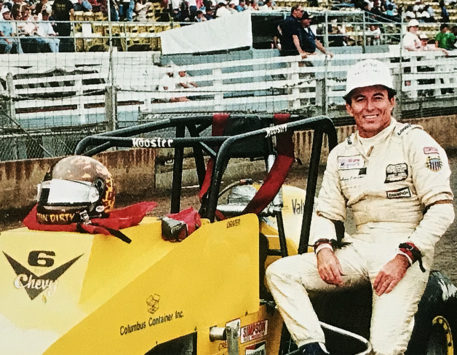 Johnny Parsons is the son of Indianapolis 500 winner Johnnie Parsons and is half-brother to racer Pancho Carter. Both grew up racing quarter-midgets in Indianapolis. Though not his legal name, he was sometimes referred as “Johnny Parsons, Jr.” to distinguish him from his father. He started twelve Indianapolis 500 races, with his best finish being fifth in both 1977 and 1985. Parsons finished second in the 1977 USAC National points, and has also twice finished second in the USAC Championship dirt cars. Parsons won twenty-nine Midget Car features, including major wins at the 4-Crown Nationals Midget Car feature twice, the 1979 Hut Hundred and the 1986 Copper World Classic Midget feature. He also won two Silver Crown and five Sprint Car features. Parsons was inducted in the National Midget Auto Racing Hall of Fame in 1994 and had his last competitive race in 2008 while in his 60’s.

This great looking helmet was used by Parsons during the 1989 USAC Sprint Car season. It has a dark brown front and sides that has a yellow edged light brown ‘splodge’ design to its back that extends over the top and sides. In this are Parsons’ JP initials in red, also in a ‘splodge’ font. The words “Get N’ Dirty” in yellow edged light brown are painted on the chin. It has a Bell Helmets decal on the top front and the helmet still retains its original USAC tech Sticker.

This helmet comes from the world famous Ron Burton Helmet Collection. Since the mid 1960’s Burton was known as Indianapolis’s most famous artist when it came to original paintings in Motorsport. Many drivers swapped helmets with Ron Burton for one of his paintings and his helmet collection sat on display for years in the Union Jack Pub. Don’t miss your opportunity to own one of these famous and rare helmets from this fantastic collection.

All Parsons helmets come with a signed Certificate Of Authenticity from Hall of Fame Collection and Ron Burton.