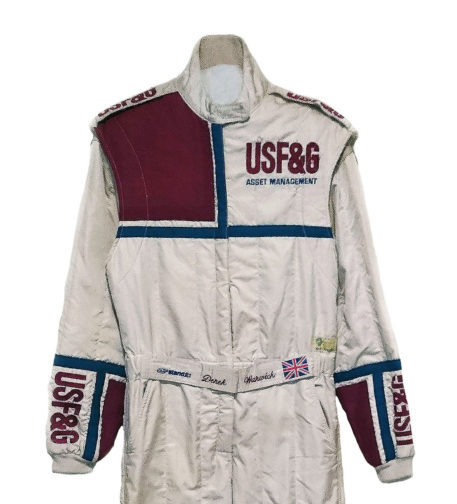 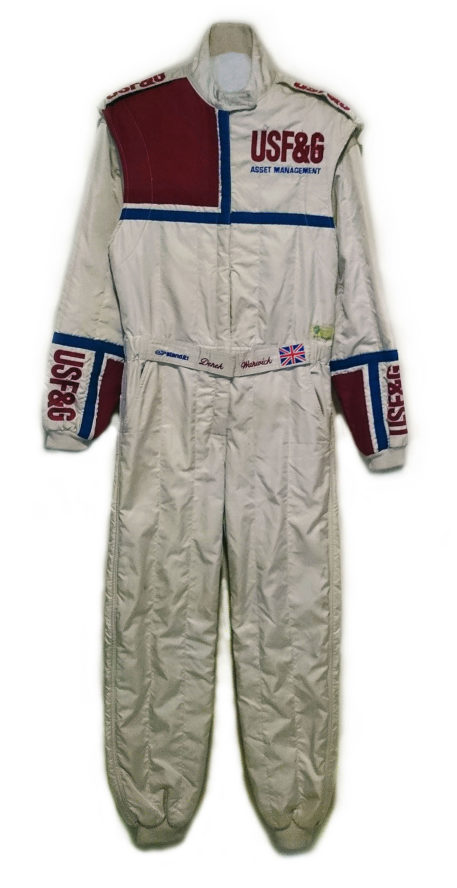 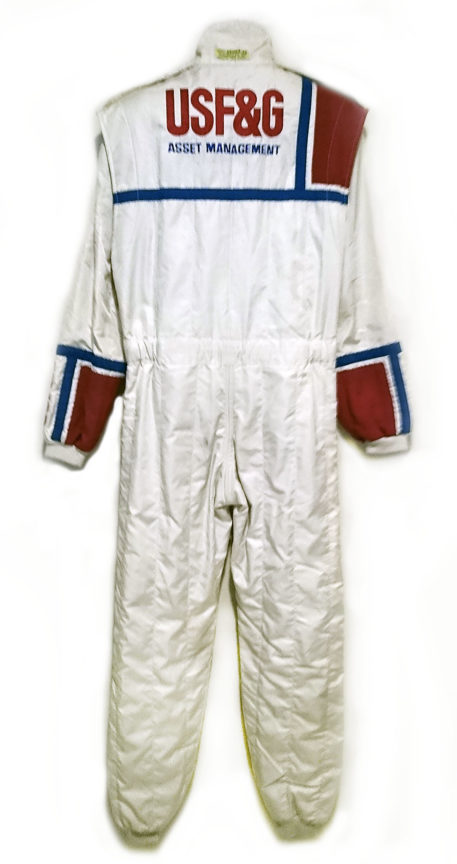 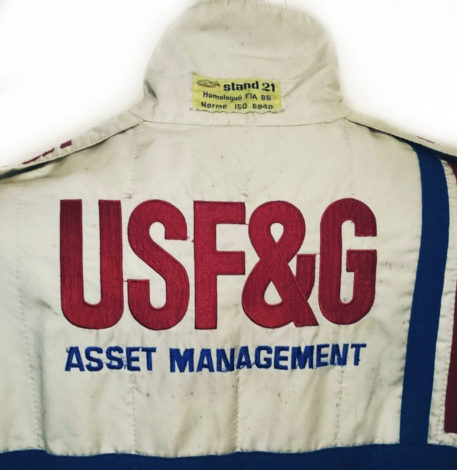 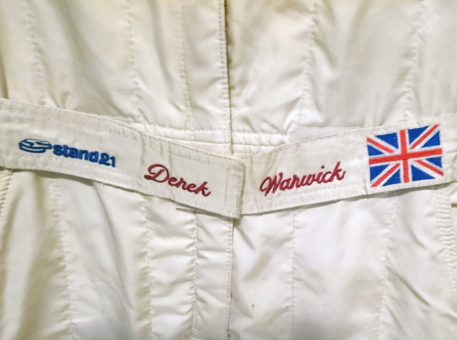 This USF&G Arrows suit was worn by Warwick during his final season with the Arrows team. Driving an Arrows Ford Cosworth A11, Warwick, a solid driver throughout his career, was unfortunate to never win a Grand Prix. Especially in the 1989 season where twice fate dealt him a blow. The first was in?Brazil when a disastrous pit-stop cost him more than 17 seconds and finished behind winner Nigel Mansell. But real heartbreak came in?Canada when Warwick drove superbly only to have his?engine fail on lap 40 while in second place. Ayrton Senna, who was leading, retired just a few laps later. Warwick also competed in many other disciplines including Touring Car and Sports cars. Winning the 1992 24 hours of Le Mans.

This Stand 21 suit has the markings and colors of major Arrows sponsor American insurance company USF&G and the Union Jack and Warwick’s name on the waist belt.