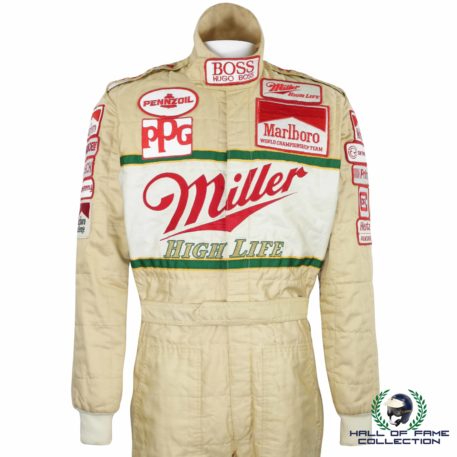 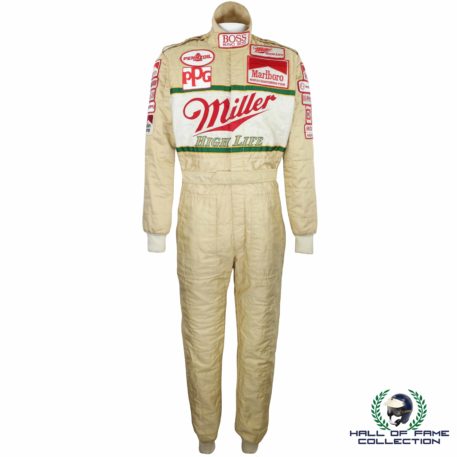 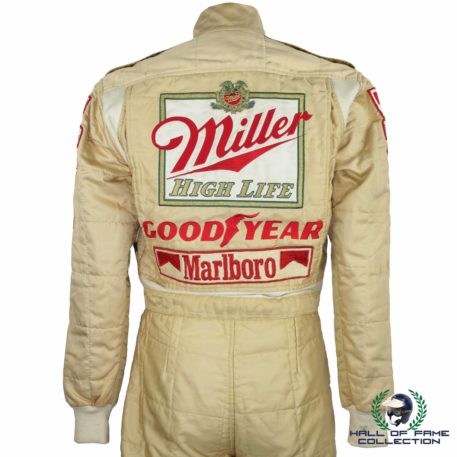 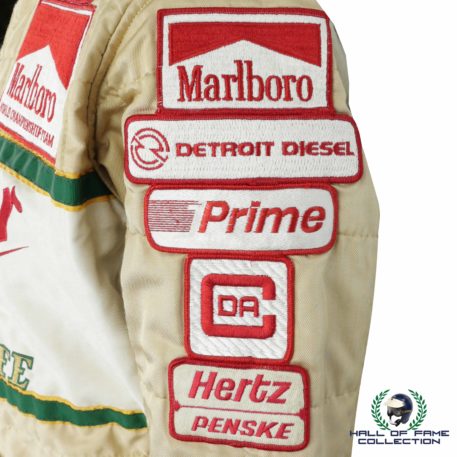 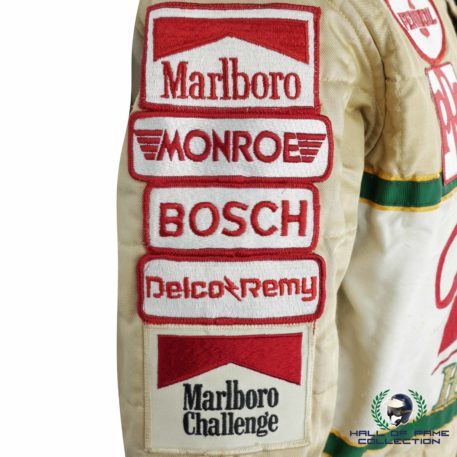 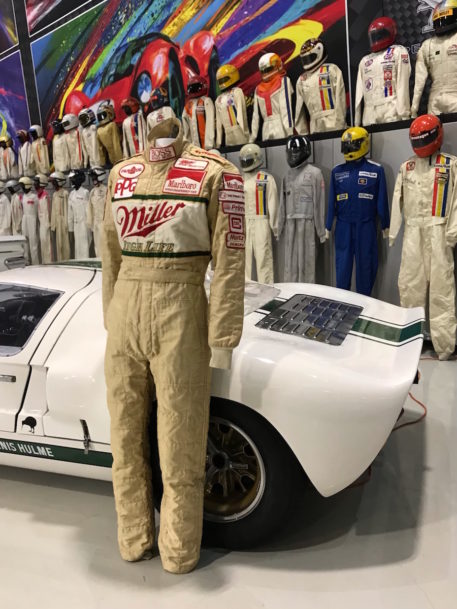 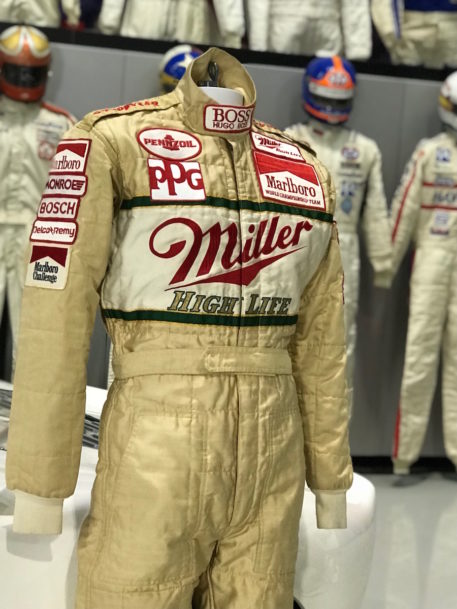 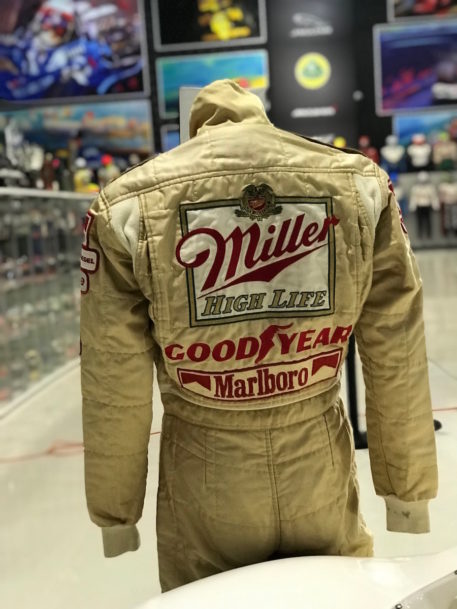 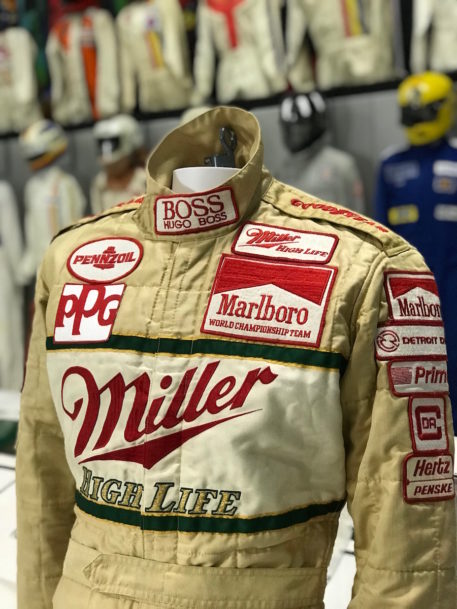 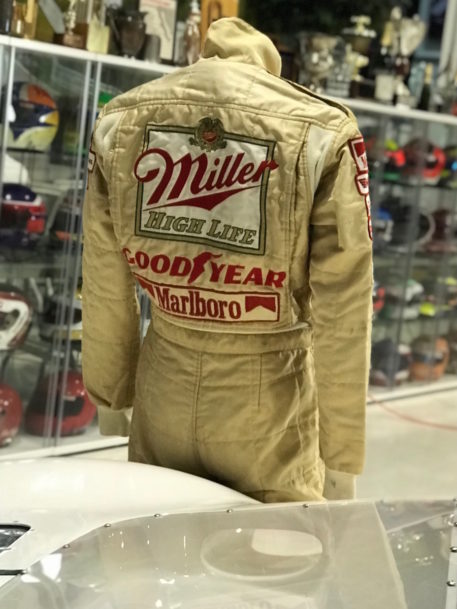 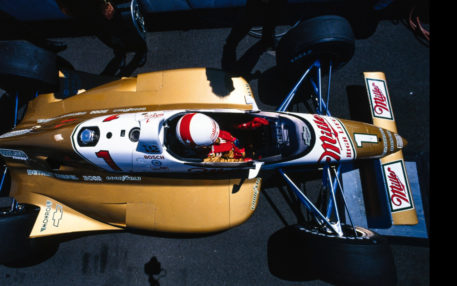 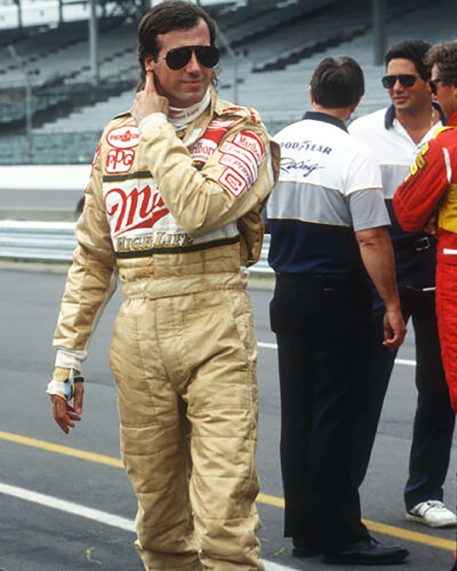 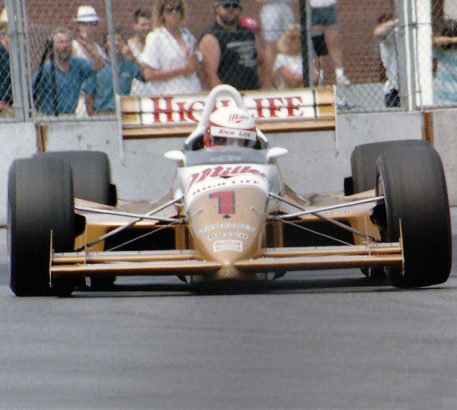 Simpson race-used suit worn by Danny Sullivan during the 1989 CART season while driving for Team Penske. The American driver was the winner of the 1985 Indy 500, as well as winning the 1988 CART Championship the previous year.

This fantastic race-worn Miller High Life Penske suit was used by Sullivan as the reigning CART Champion during the 1989 season, one in which he had 9 top-ten finishes, including two victories and three 3rd place finishes. Sullivan also had a brief stint in Formula One in 1983, driving for the Benetton Tyrrell Team.

This heavy-duty gold suit has the Miller Brewing Company’s High Life branding embroidered onto the front and back of the suit. It also has many other sponsors/suppliers logo patches sewn onto the suit’s arms and chest, which include Marlboro, Goodyear, Pennzoil and Bosch just to name just a few.

This is a rare suit and would make a great addition to anyone’s collection, especially since it was worn by a former CART Champion and Indy 500 winner.

The suit comes with a Certificate Of Authenticity