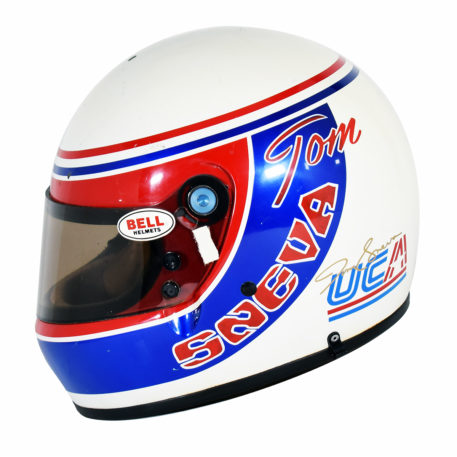 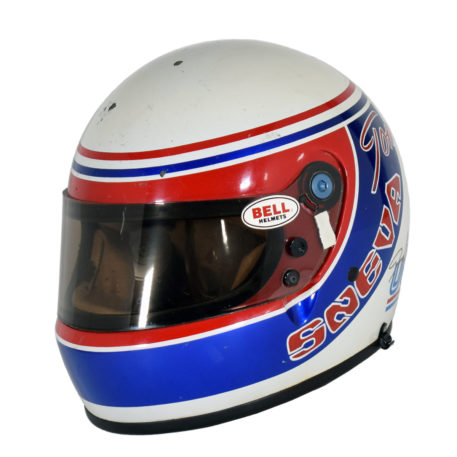 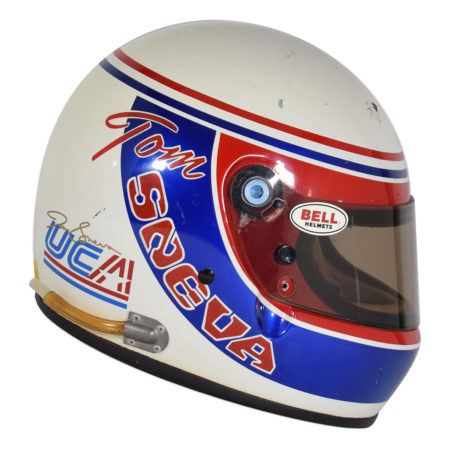 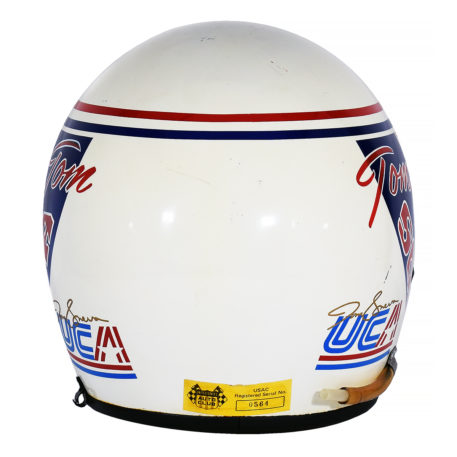 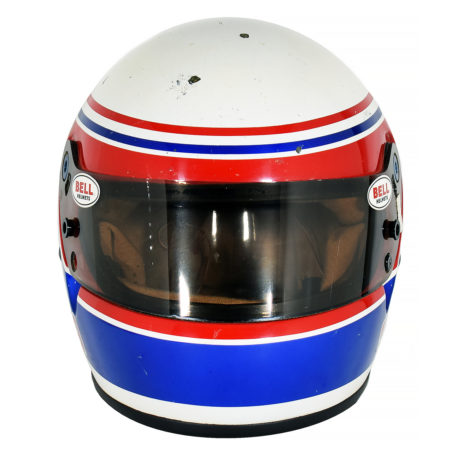 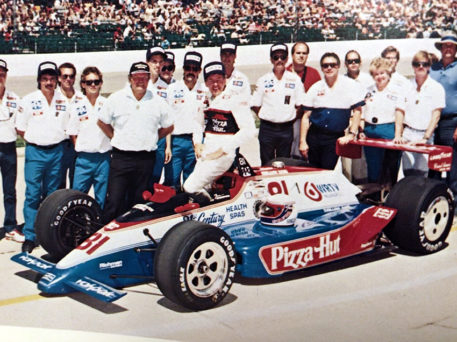 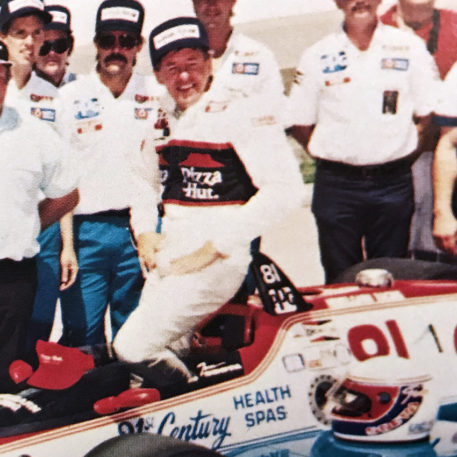 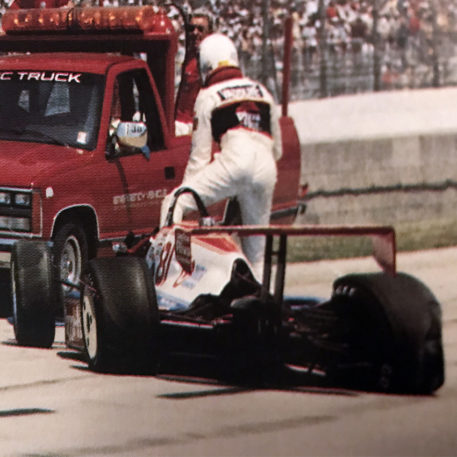 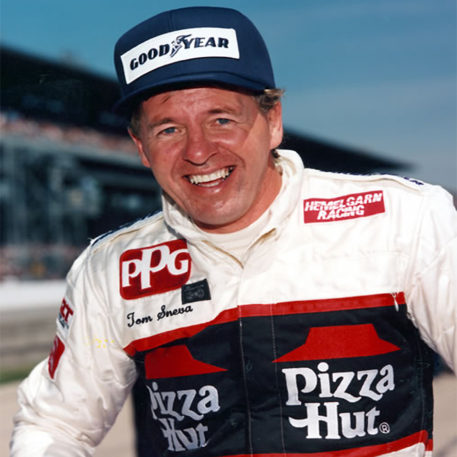 Race used helmet worn by Tom Sneva during the Indy 500. Qualifying in 14th place for the 1988 Indy 500, the ‘83 race winner Tom Sneva found himself in second place after blowing past twelve other cars. On lap 32, while vying for the lead, his Hemelgarn Racing/Pizza Hut Lola handling suddenly changed and Sneva found himself fighting the car and trying to keep it on the track. Unfortunately he brushed the wall and damaged the rear suspension, ending his promising run. This is the helmet that he wore (see photo-matched pictures) while making that run in the 1988 Indy 500.

The white Bell helmet has a red panel surrounding the eye port and a blue band running around the chin and up both sides, with Sneva’s name in this band in red and white. The top of the helmet has two thinner bands, one red, one blue, around the crown. There are also some ‘Tom Sneva UCA’ logos to the rear on both sides of the helmet. The pop-off valve pipe and fitting are still attached, as is the USAC tech sticker.