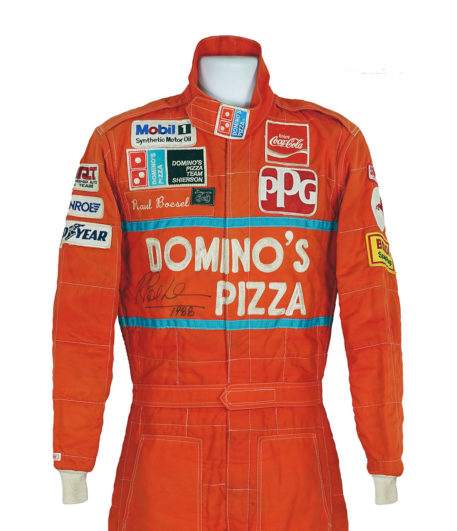 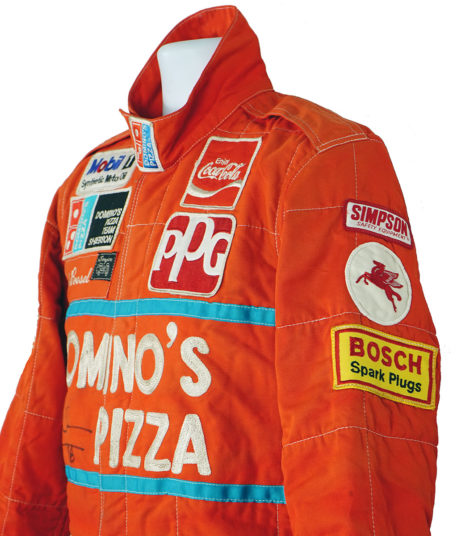 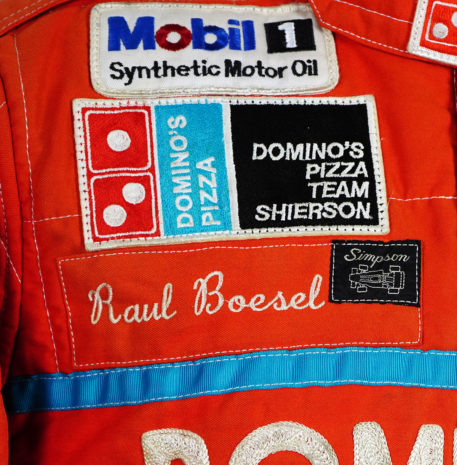 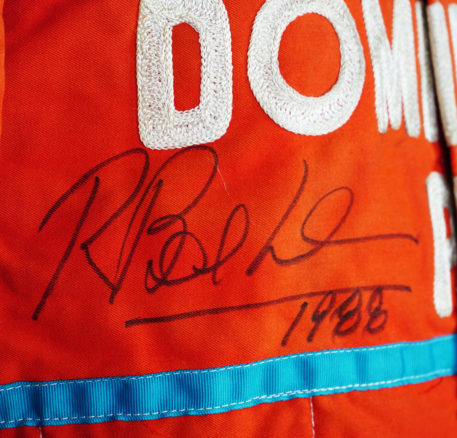 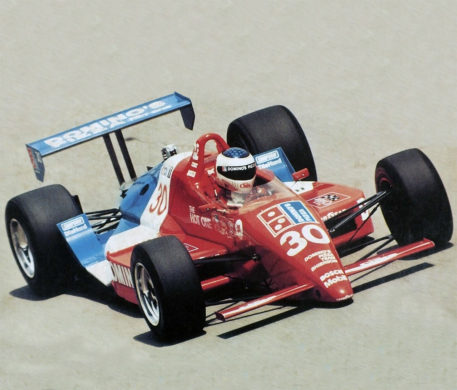 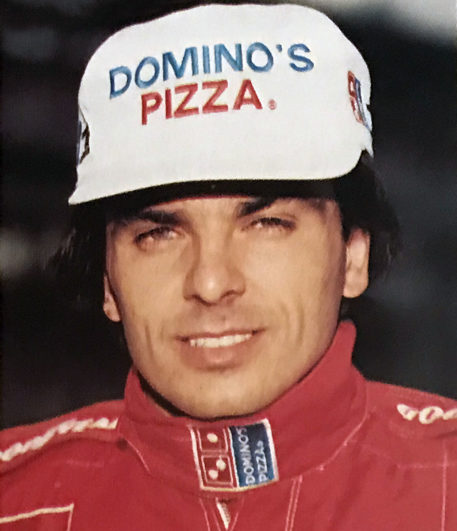 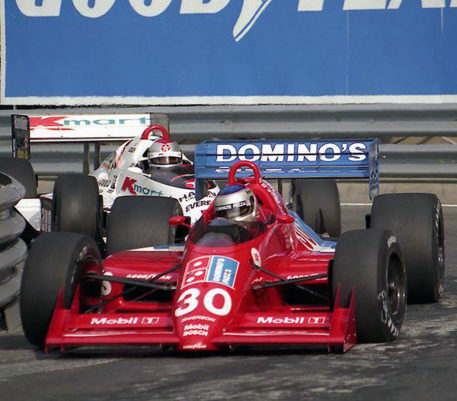 This heavyweight Simpson race suit was worn by Brazilian driver Raul Boesel. His career spanned many disciplines that included Formula One, Champ/IndyCar and Endurance SportsCars.

This suit dates from the 1988/89 CART IndyCar seasons where Boesel drove for the Doug Shierson Racing Team. In his two seasons with the team Boesel captured many top five positions including a third-place finish at the 1989 Indy 500. Unlike today, during the ’80s drivers would only use two or three suits in a season so this one would have been worn many times during either or both seasons. We asked Boesel, when signing the suit, which season it was used in and he could not be sure, so he dated it for 1988.

This stunning red suit has the team’s major sponsor Dominos Pizza lettering chain stitched to both the front and back of the suit. This is sandwiched between two blue bands that run around the middle of the torso. Both the chest areas and arms have sponsor suppliers logo patches sewn onto them, including Coca Cola, Mobil, Bosch and Goodyear along with relevant patches from Shierson Racing and the PPG CART series. Boesel’s name is embroidered on the right chest. Boesel also added his aforementioned signature to the front right side of the suit.