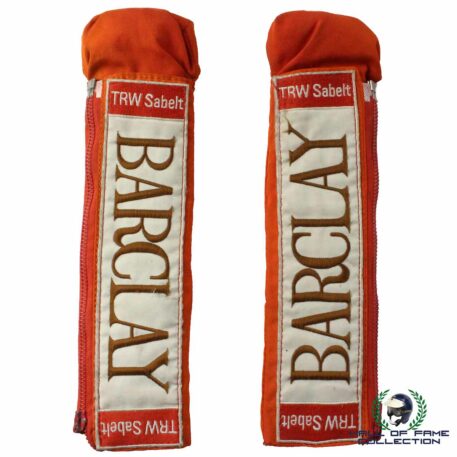 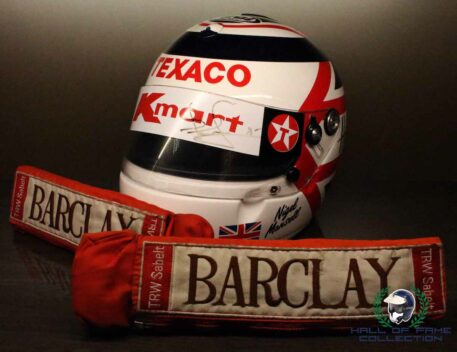 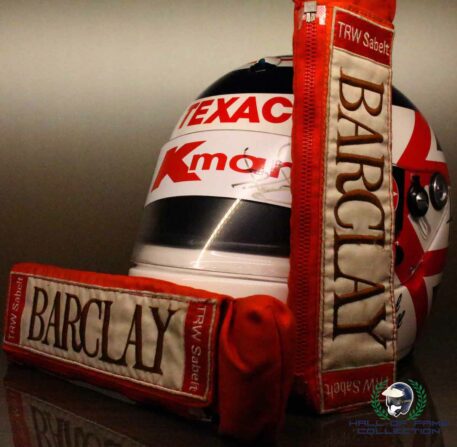 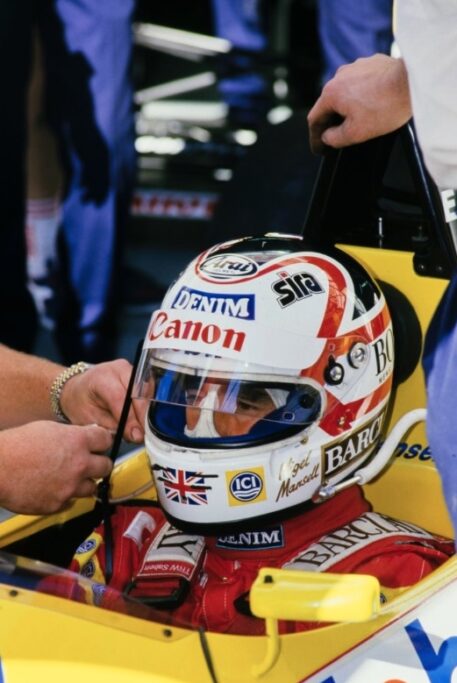 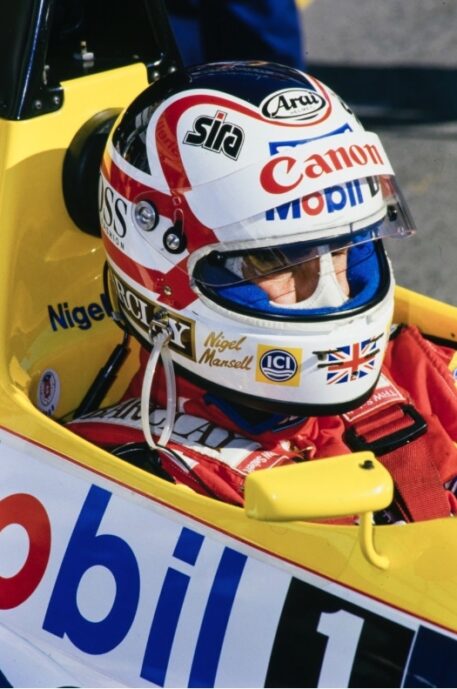 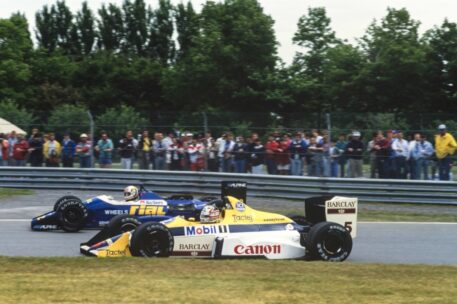 TRW Sabelt seatbelt pads used by Nigel Mansell during the 1988 F1 season while driving for the Canon Williams team.

In 1988, for the first time in his career, Mansell was a team’s first driver, having won more races in the previous two seasons than any other driver. However, Williams lost the turbo power of Honda to McLaren, and had to settle with a naturally aspirated Judd V8 engine in its first season in F1. After several race retirements Mansell managed to  place 2nd in the British GP at Silverstone, and later in the season would again score a 2nd place finish in the Spanish GP at Jerez.

The seatbelt pads come with a Certificate Of Authenticity.