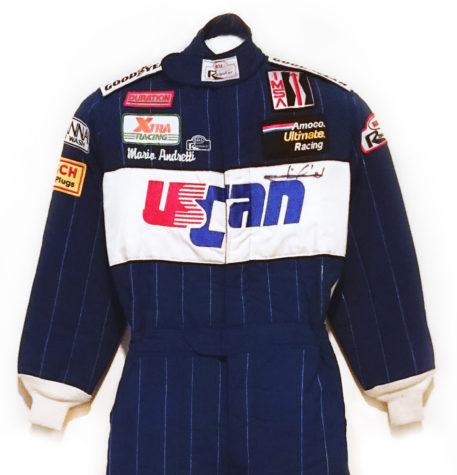 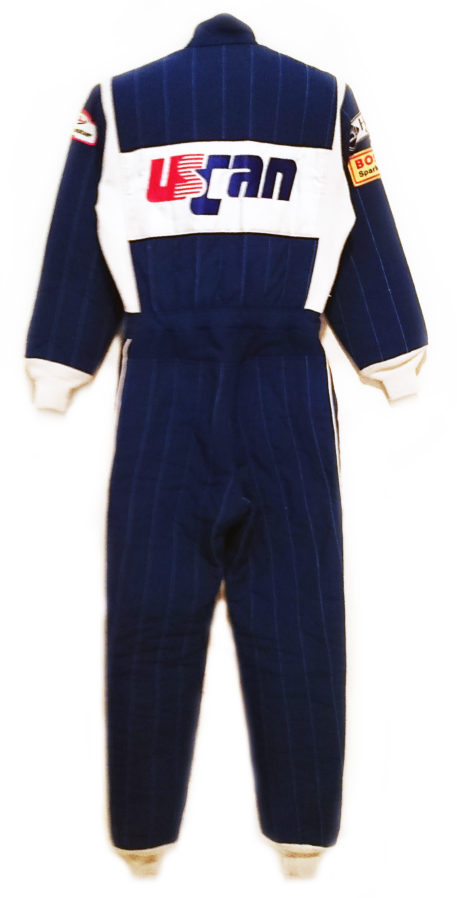 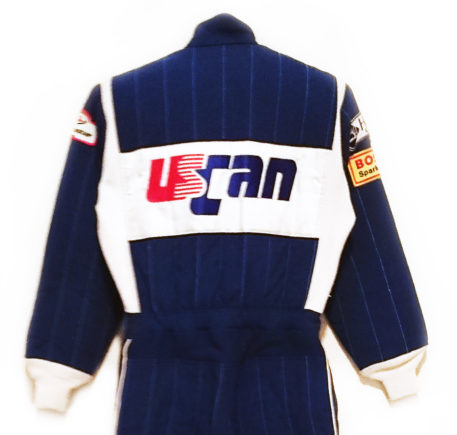 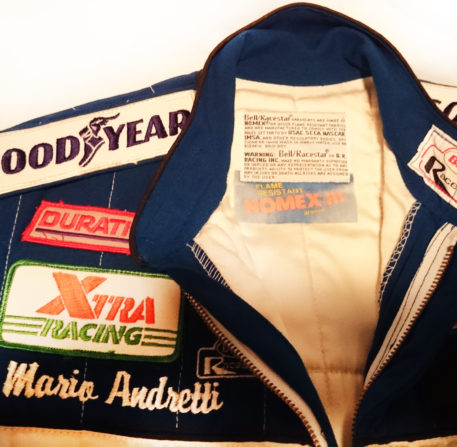 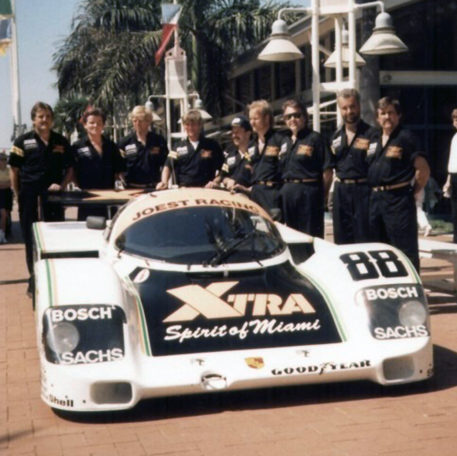 The former Formula One and IndyCar Champion was set to drive a Joest Racing Spirit of Miami/UScan Porsche 962 in the three hour IMSA/GPT race at the Miami Grand Prix Street Circuit. Mario and team mate, son Michael, were running practise laps when the car was involved in an accident. Unfortunately it was severely damaged and was withdrawn before the start of the race.

The heavy layered blue Nomex suit has UScan sponsorship on a white band as well as many of other sponsor/suppliers patches sewn onto the suit.

The suit is personally signed by Mario Andretti and comes with a full Certificate Of Authenticity.

This is a great chance to own a fabulous personal item worn by one of the greatest race drivers ever.