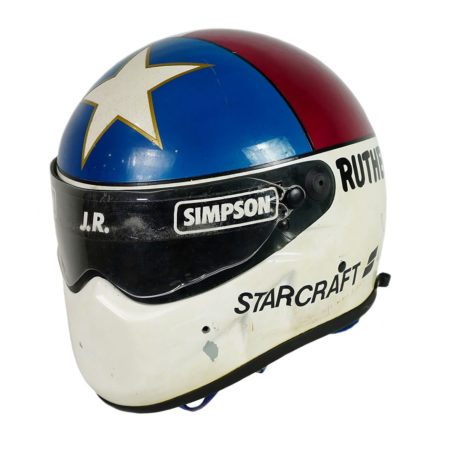 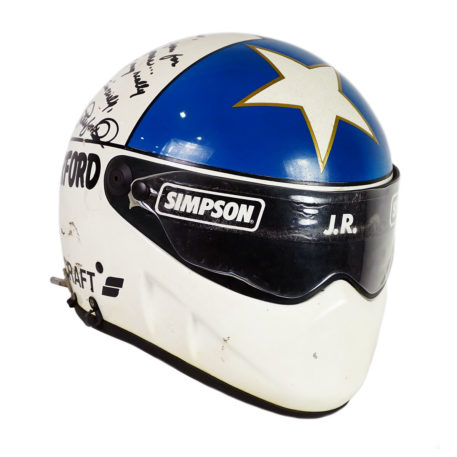 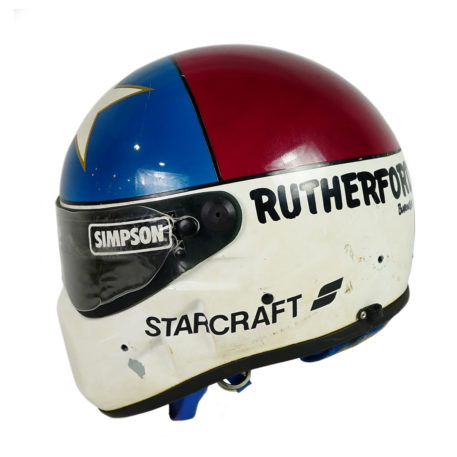 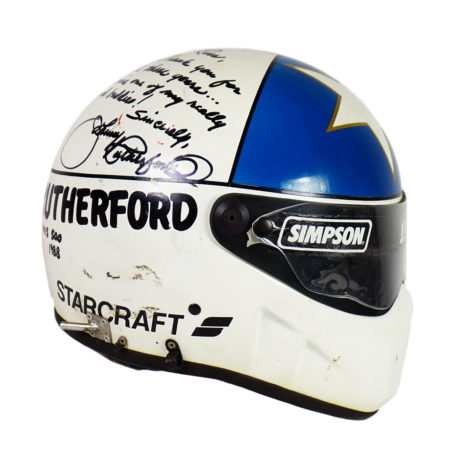 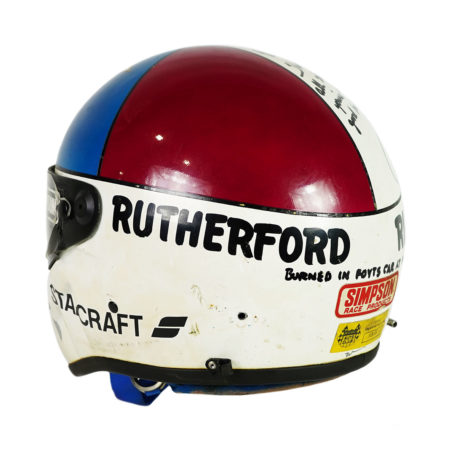 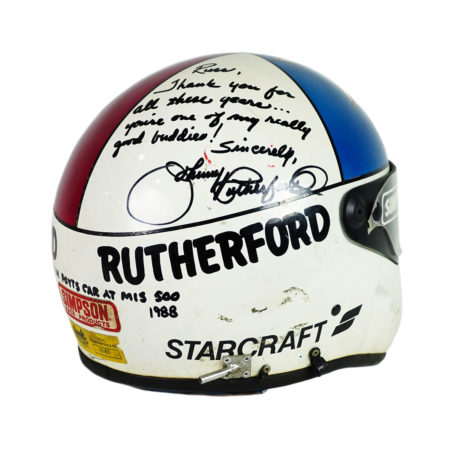 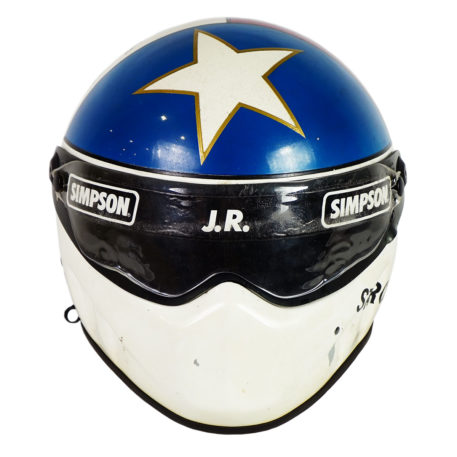 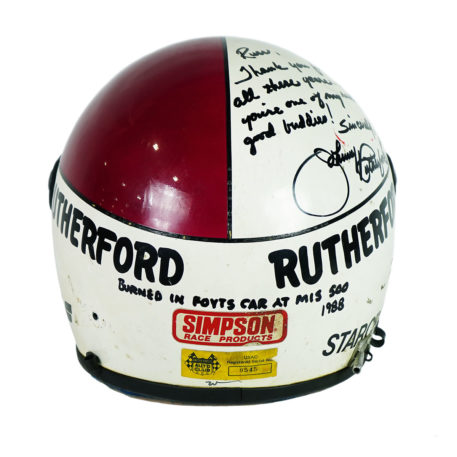 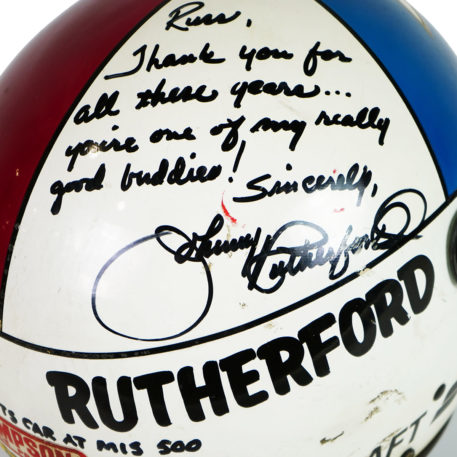 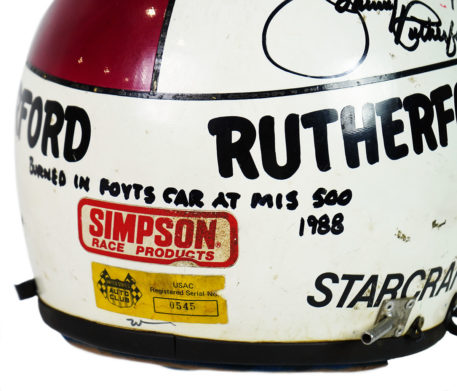 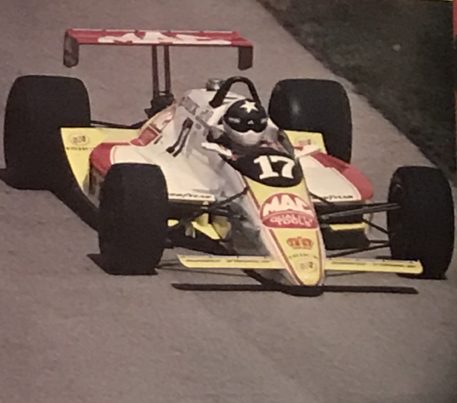 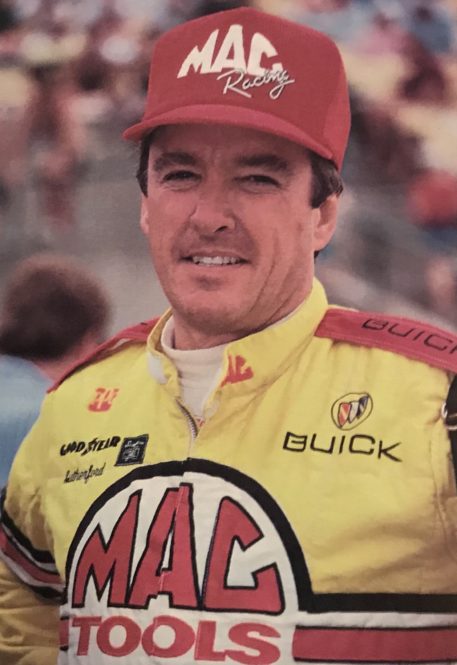 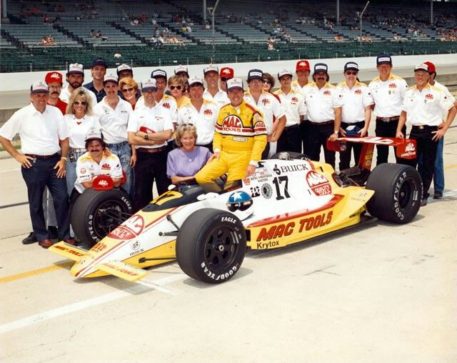 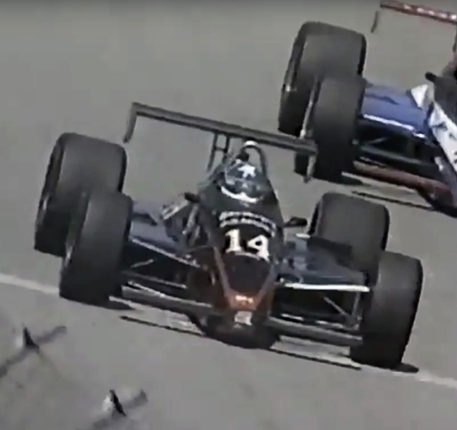 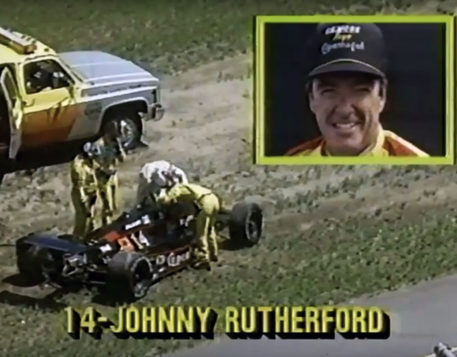 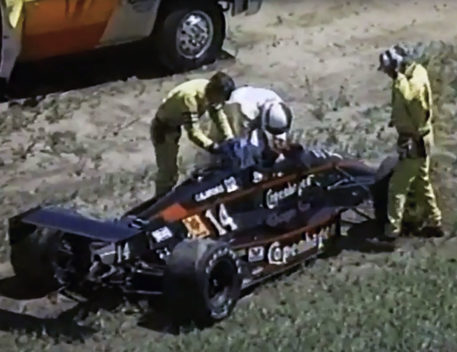 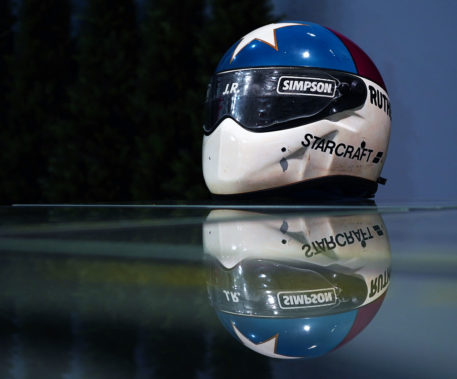 A superb piece of IndyCar history comes in the shape of this Simpson Bandit helmet. It was worn by IndyCar legend and 1980 IndyCar Champion, as well as three-time Indy 500 winner, Johnny Rutherford.  The helmet was used in the two races that he competed in during the 1988 PPG CART IndyCar season. The first race Rutherford wore the helmet in was at the 72nd running of the Indianapolis 500. Rutherford, driving a Bernstein Racing Mac Tools-sponsored Lola, would qualify in 30th position for the race. Just after the halfway point, on lap 107, Rutherford crashed in turn one, damaging the right side of the car. It would be his final lap of Indy 500 competition. He then used the helmet again during round nine of the CART Championship in the Marlboro 500 at the Michigan International Speedway. Rutherford was invited to deputize for A.J. Foyt and drive the Copenhagen Gilmore Lola for Foyt’s racing team. He was in the early running for the race win when on lap 129, just after a pit stop, engine problems caused ignited fuel to enter the cockpit. Rutherford decided to exit the car quickly and eventually retired from the race.

The helmet has Rutherford’s trademark ‘Loan Star’ Texas flag design. Its white base color has a black line dividing the helmet around its middle, above which are a metallic blue front panel and red & white panels on the back. At its top front there’s a large five-pointed star edged in gold. Rutherford’s name in black lettering is on both sides as well as sponsor StarCraft branding logos on both cheeks. The helmet’s visor shows the heat-crinkled damage from the fire in the Michigan race. After the race Rutherford gifted the helmet to a friend and his signed dedication can be seen on the white top quarter of the crown. Rutherford also documented the helmet on the back confirming that it was used at the race. The helmet is as last used with pop-off fitting and USAC tech sticker still attached.

A video of this helmet and Rutherford talking about the events at the 1988 Marlboro 500 in Michigan can be viewed above.

A rare chance to acquire not only a race-used Rutherford helmet but one of the last he would use in his illustrious career.