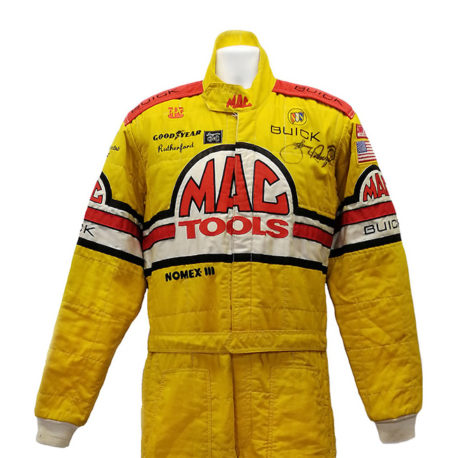 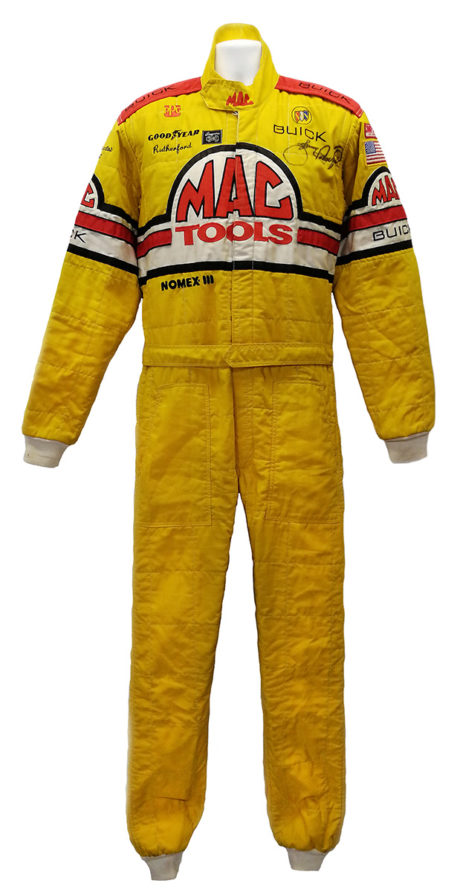 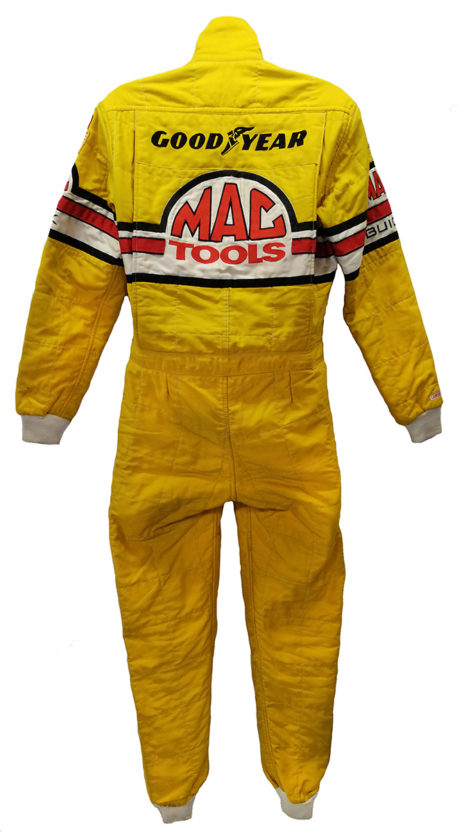 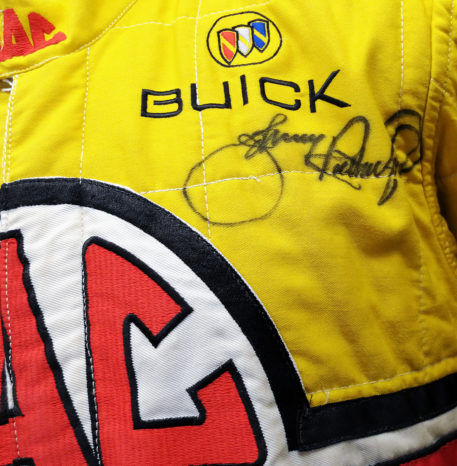 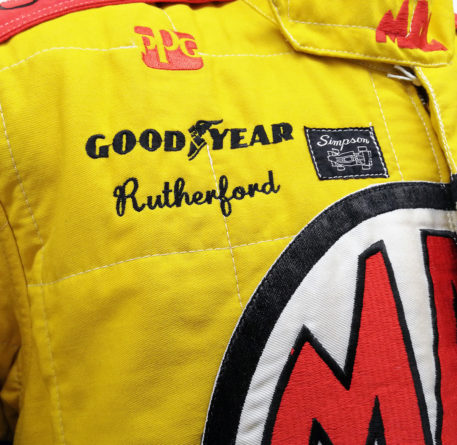 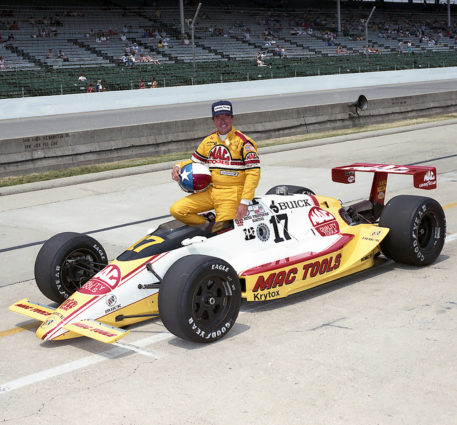 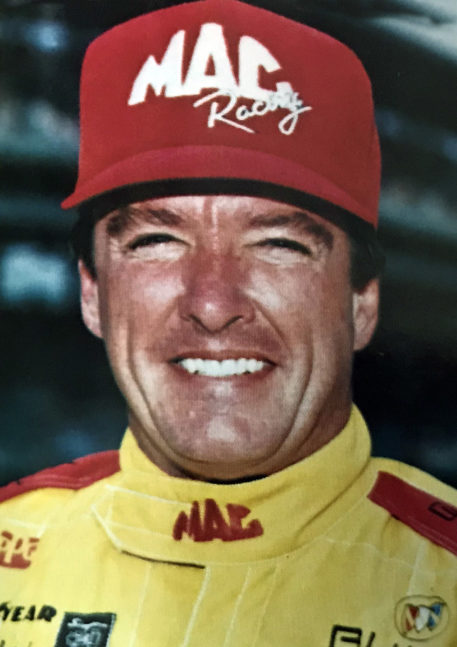 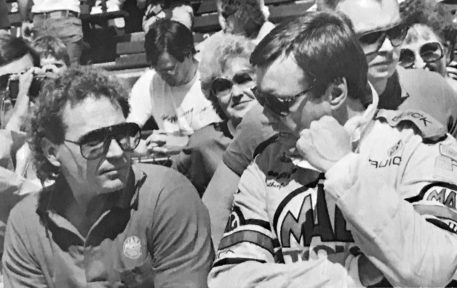 Suit worn by Indy 500 Legend ‘Lone Star JR’ Johnny Rutherford during the month of May for the 1988 Indianapolis 500.  Rutherford, a three time winner of the race, was driving for Kenny Bernstein’s King Racing team. He was teamed up with Scotsman Jim Crawford and both drove Mac Tools’ Lola T8700 powered by Buick V6 engines. Rutherford crashed in practise and qualified in 30th position and finished 22nd. This would be the very last Indy 500 Rutherford would qualify for.

This stand out bright yellow Simpson suit has the Mac Tools red, white & black logo running around the middle of the torso and arms. It has red shoulder pulls with the engine supplier Buick branding embroidered to them, as well as on the left upper chest. Rutherford’s name and a Goodyear logo are stitched on the right upper chest and there’s also a large Goodyear logo on the upper back. Johnny Rutherford has also personally signed the suit on the left chest.