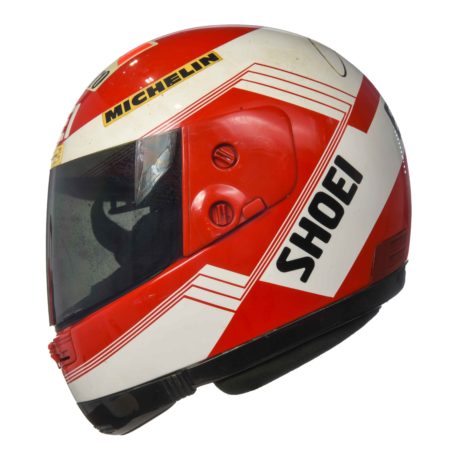 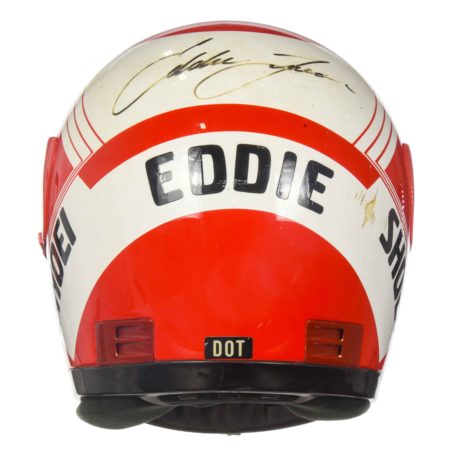 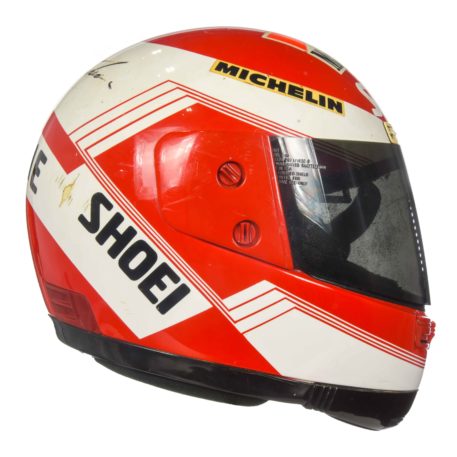 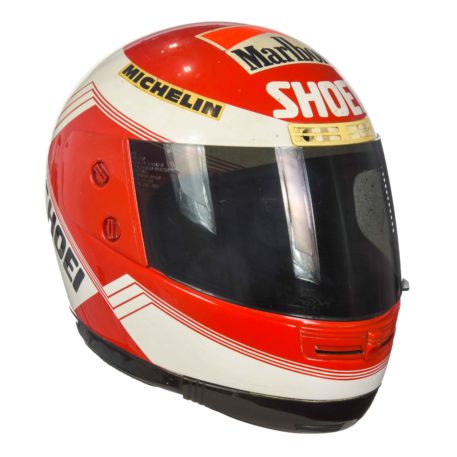 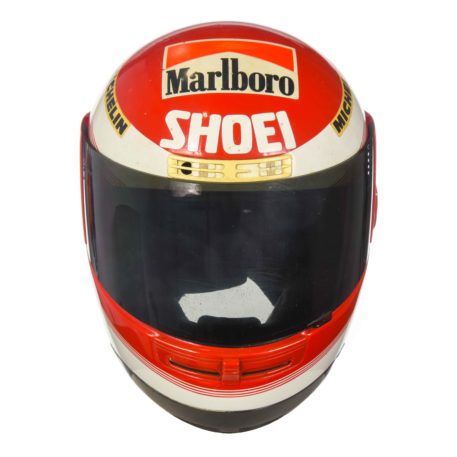 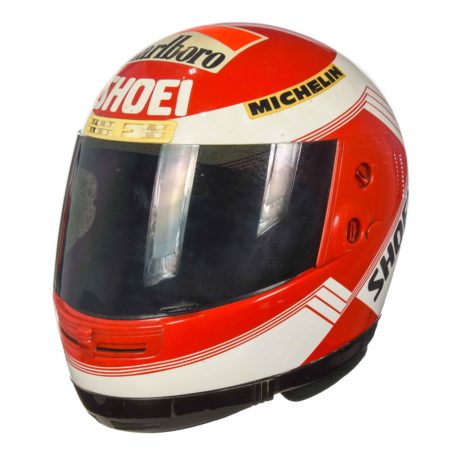 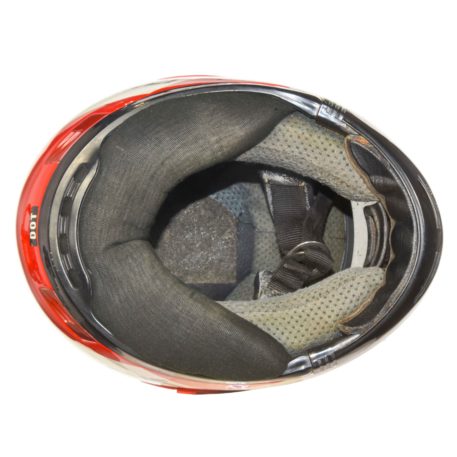 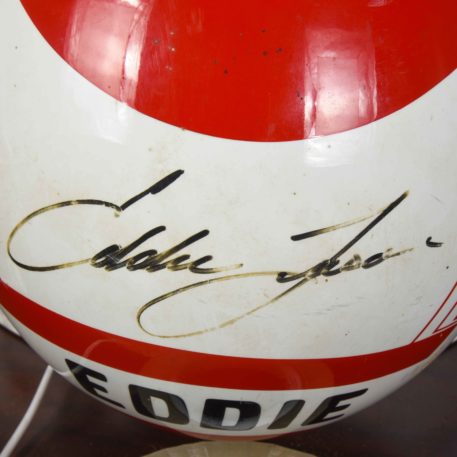 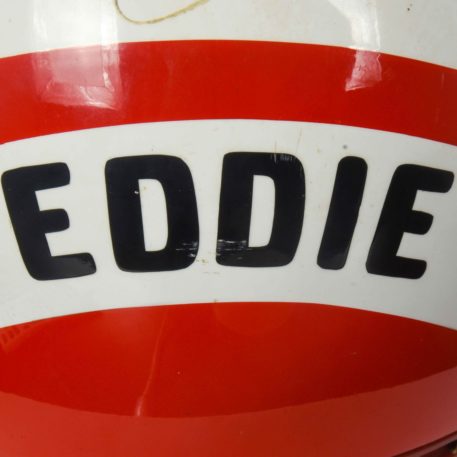 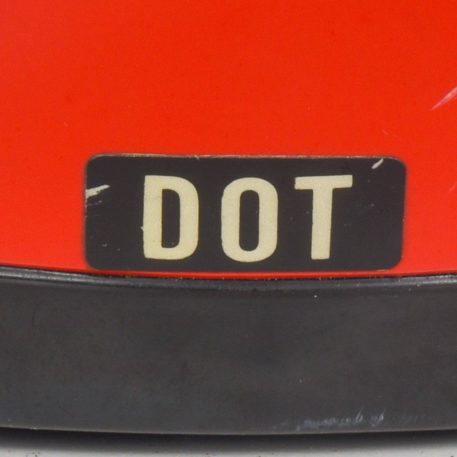 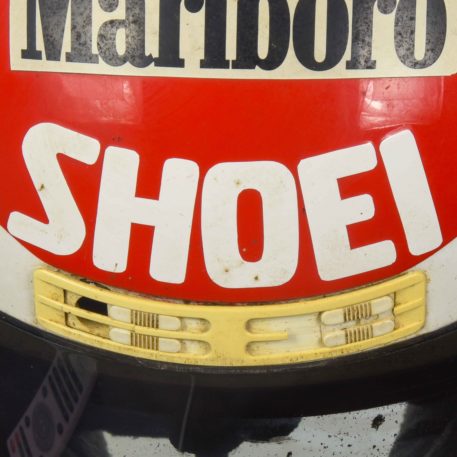 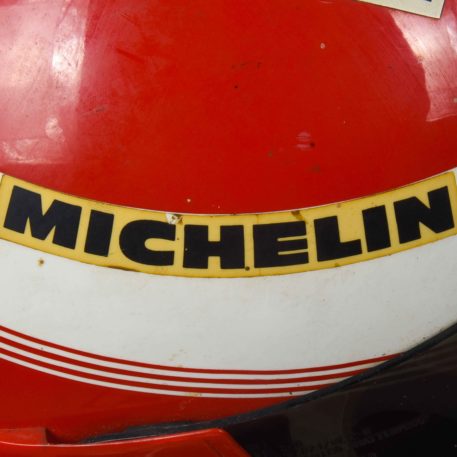 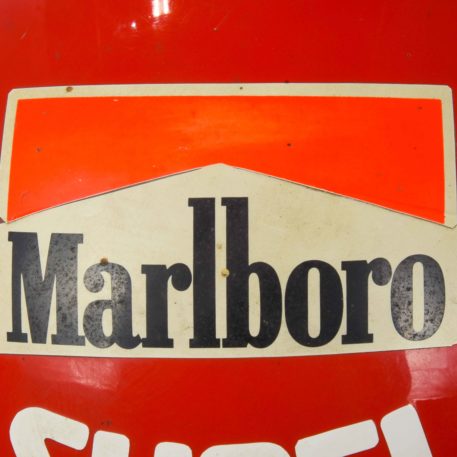 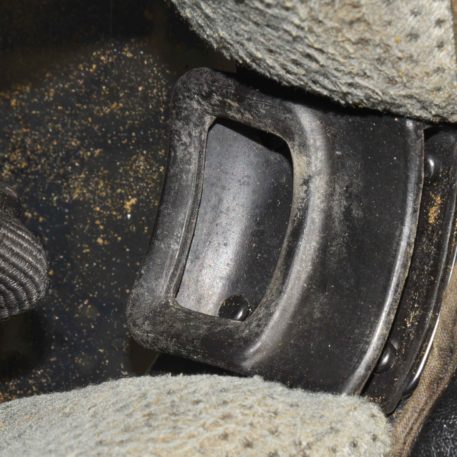 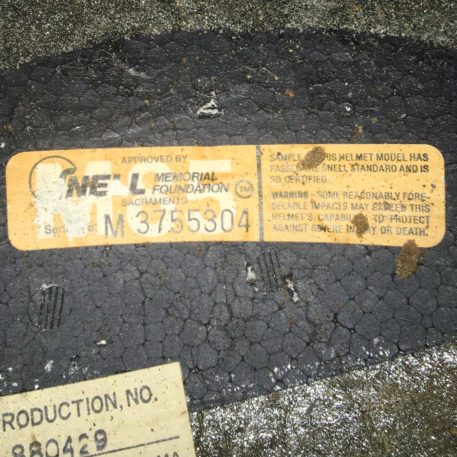 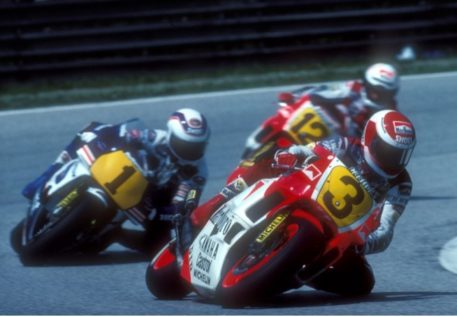 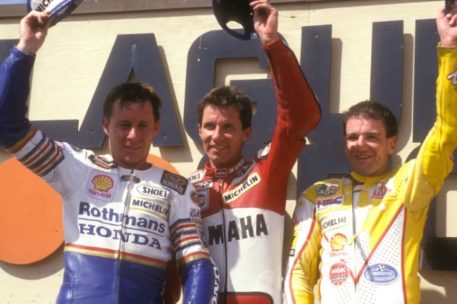 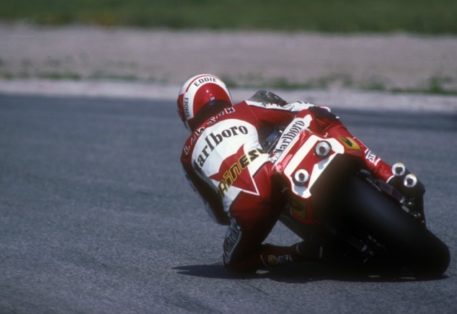 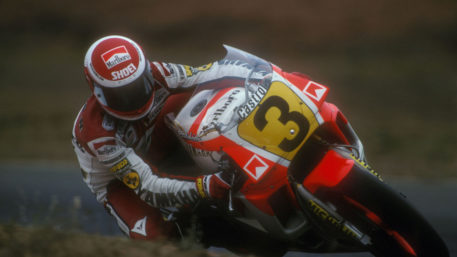 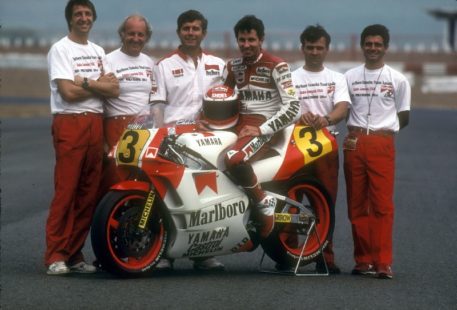 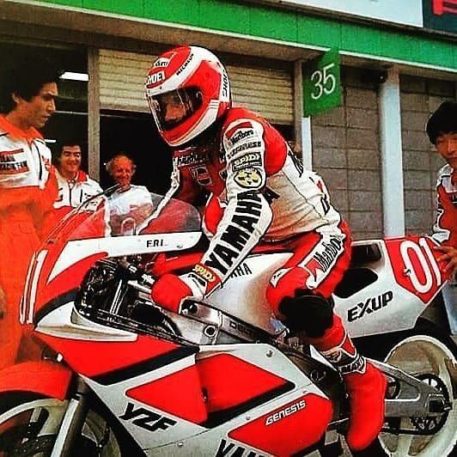 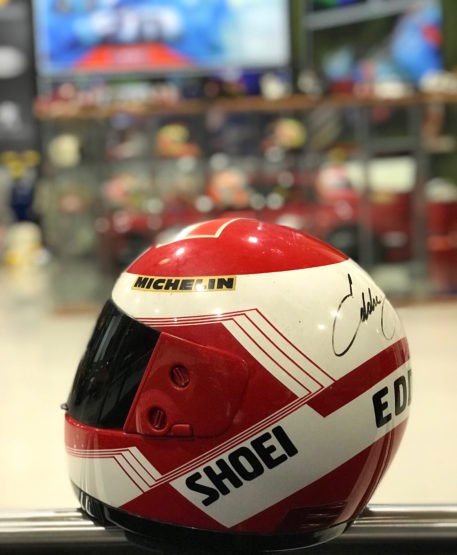 Fantastic original Shoei helmet race worn by American rider Eddie Lawson in the 1988 season. The helmet was photo matched to several race wins during Lawson’s 3rd Championship whilst riding for Marlboro Team Agostini. The helmet has an original period correct signature on the back of the helmet above the easily recognzable  “Eddie” which many of his competitors got used to seeing during his career.

The helmet has the cigarette brand Marlboro and tire manufacture Michelin decals still attached as well mandatory DOT sticker on the rear of the helmet.

Lawson is remembered for winning Four 500cc world titles during the 80’s and 90’s, a period where he shared the track with some of the all time greats. Rivals such as fellow American’s Freddy Spencer, Wayne Rainey, Randy Mamola and Kevin Schwantz made his Championships so much more rewarding. After winning 3 titles with the Marlboro Yamaha Team (1984, 86 and 88), Lawson moved to the Rothmans Honda team. Coming off a season where he won 7 times, he was now walking into what many believed to be Wayne Gardener’s own team as the Australian had taken the Honda to a Championship in 1987. Lawson proved his worth by outperforming his rivals to take 4 more wins and a 4th World 500cc Title, joining the greats such as Agostini, Hailwood, Surtees and Duke who each had 4 or more Championships in the premier class.

In 1990 he would return to Yamaha for a year before two more seasons in 500cc with the Cagiva Team. Lawson picked up his final Grand Prix victory on July 12th at the Hungarian Grand Prix. From 2 wheels to 4, “Steady Eddie” went racing in America for 2 seasons in Indy Lights before graduating to the highly competitive CART Series in 1996. He competed in 11 races in IndyCars with top 6 finishes twice at Michigan and Detroit.

Eddie’s memorabilia rarely becomes available so do not miss out on this very rare chance to own a helmet from his World Championship winning season.

The helmet comes with a Hall of Fame Collection Certificate of Authenticity.