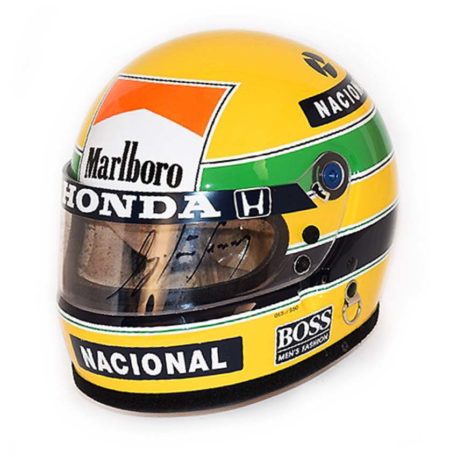 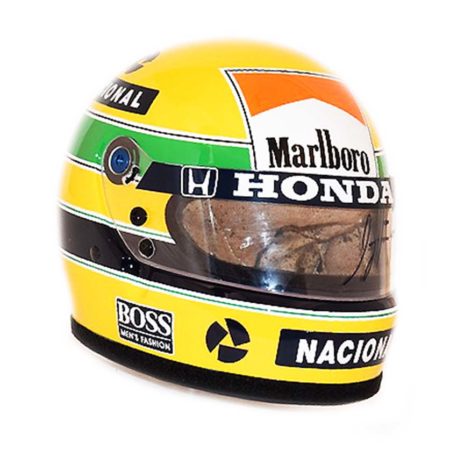 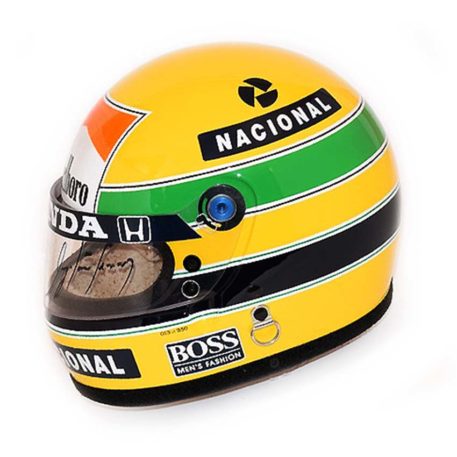 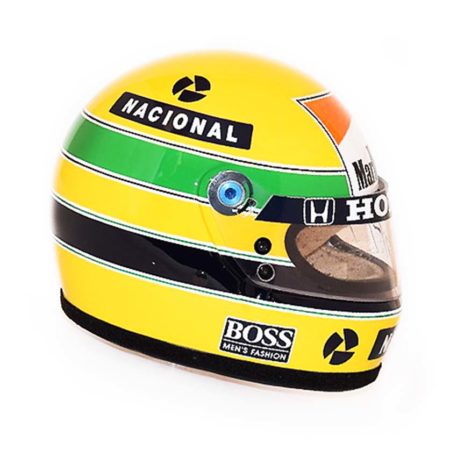 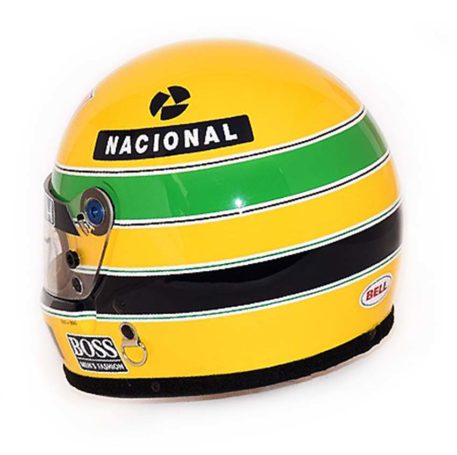 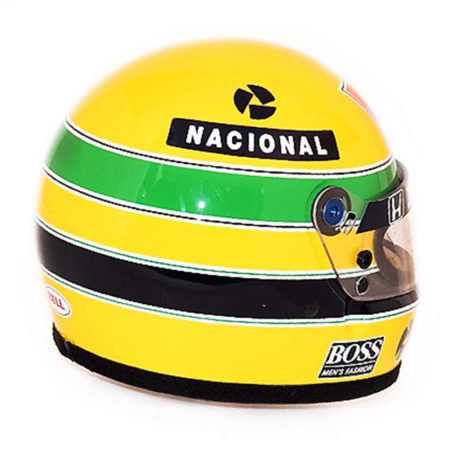 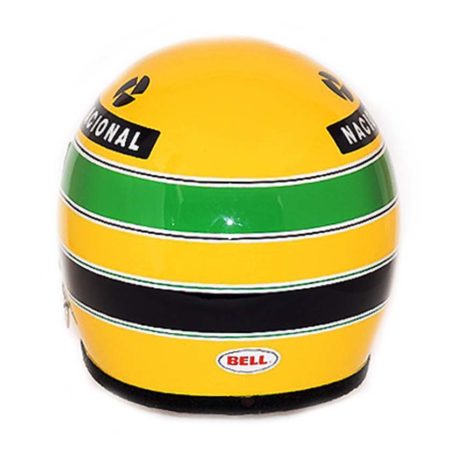 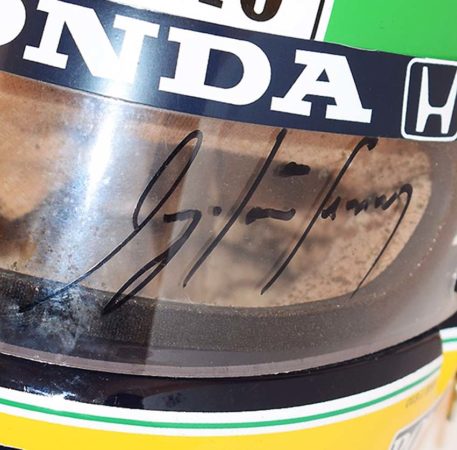 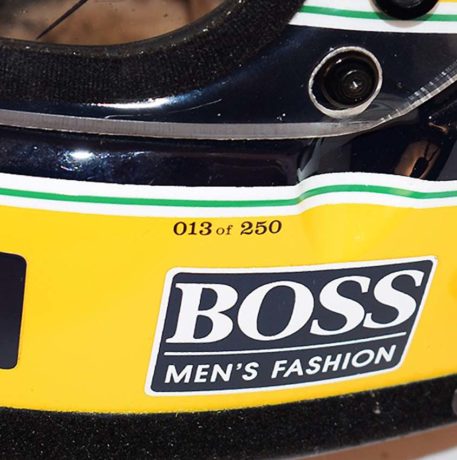 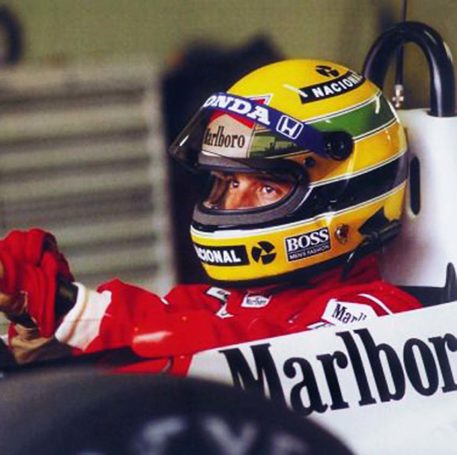 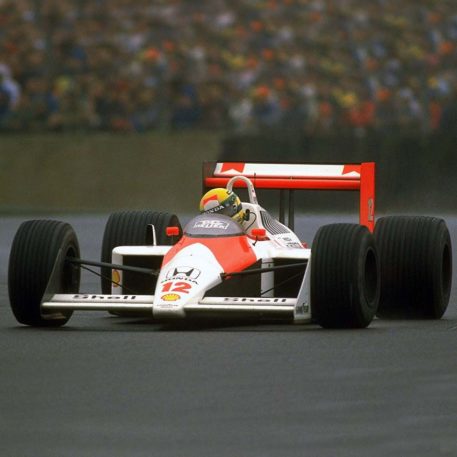 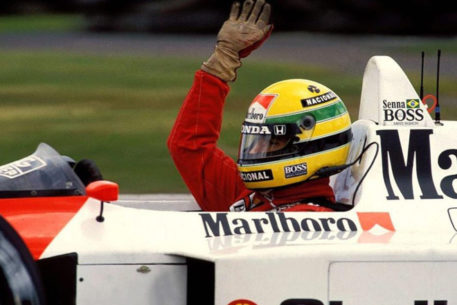 This exact reproduction of the late great Ayrton Senna’s 1988 McLaren F1 World Championship helmet, produced in 1989 (thirty years old) and released to celebrate Senna’s first World Driving Championship. This example is marked #013 of 250 and is one of the only officially licenced Ayrton Senna Bell Limited Edition Replicas ever produced. This edition was sold out immediately on release making this helmet extremely rare and almost as hard to obtain as an original race used helmet, and is personally signed by the legend himself.

This Bell Series was produced on an authentic Bell XFM-1 Helmet that has the correct Snell rated sticker (SA85) and Nomex interior. Ayrton Senna personally signed only 250 helmets on the visor before Bell applied the correct Honda visor strip from McLaren. Some examples have been seen where part of the signature is hidden underneath the visor strip. This example is near perfect.

Both the signature and the helmet are in excellent condition on the exterior which is most important for a display helmet. The interior however shows signs of the passage of time as per normal for a thirty year old helmet, with the black inner protection foam starting to deteriorate.

During the 1988 season Ayrton Senna, driving a Honda powered McLaren MP4/4, notched up eight wins and three second places to amass 90 points. He also rewrote the record books of the time. His eight wins in a season beat the old record at the time of seven jointly held by Jim Clark (1963) and Alain Prost (1984). His 13 pole positions also beat the record of nine held by Nelson Piquet (1984).

A great opportunity to own a highly sought after collectors helmet, one that very rarely appears on the open market. The helmet comes with a Certificate Of Authenticity.