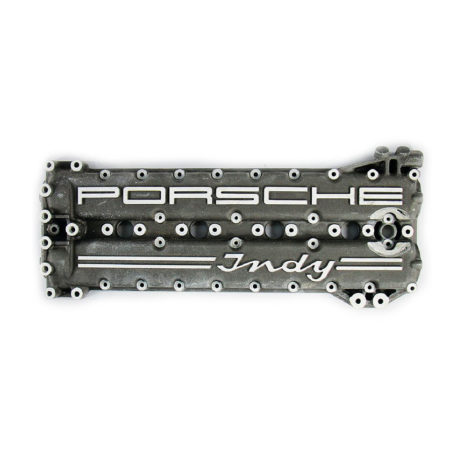 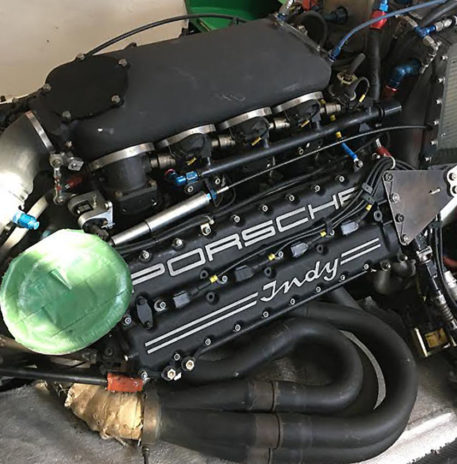 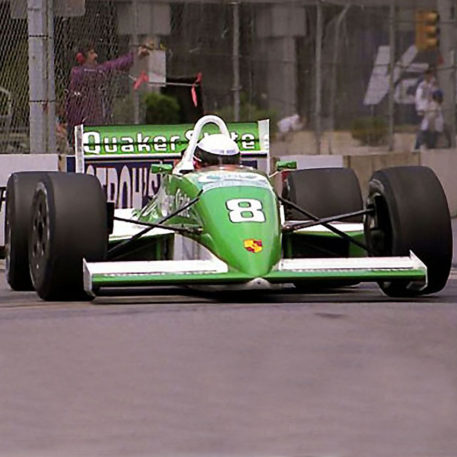 Rare and authentic cylinder head cover from a Porsche V8 IndyCar engine which powered the Quaker State sponsored March cars in a short-lived CART IndyCar program. Porsche entered the series in 1988 piloted by Italian Teo Fabi unfortunately performances was not up to expectation the cars and engines went through many modifications over the months.

The following 1989 season performance greatly improved. The team gained a win, came second twice, notched up a third place and had five fourth place finishes to finish fourth in the championship standings. It reinvigorated efforts for the next year. But form dipped and the management of Porsche decide to call an end to the program in 1990.

CNC machined piece of light weight Aluminum has the Porsche and Indy lettering milled into it and has the dimensions of 54.5 cm in length and 20.5 cm wide.

Great piece of rare IndyCar history to add to your display or hang in your man cave.