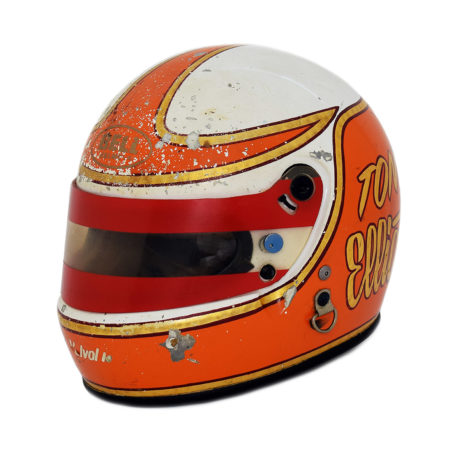 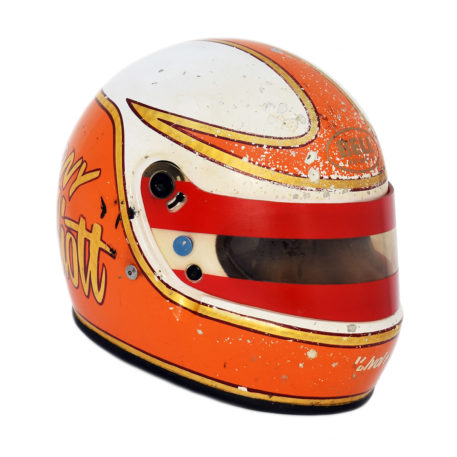 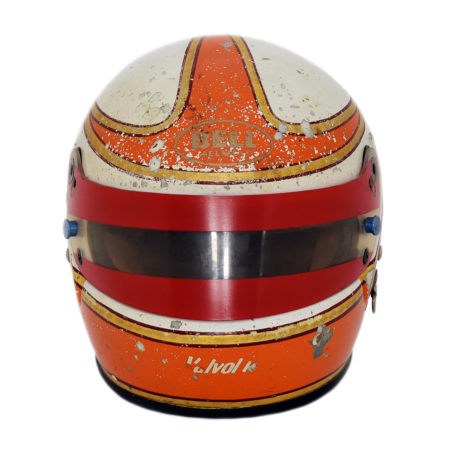 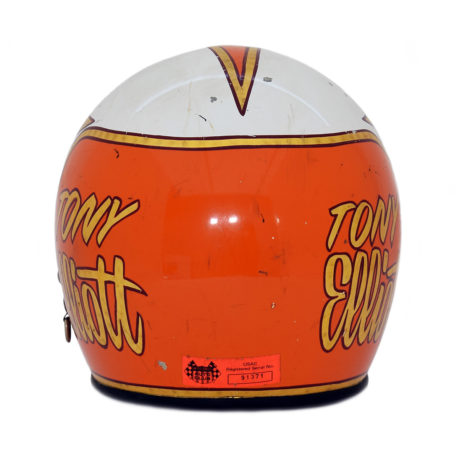 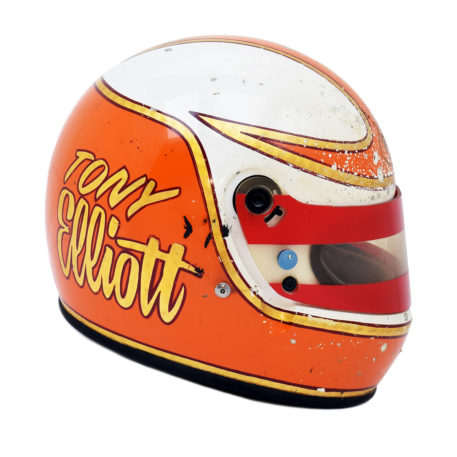 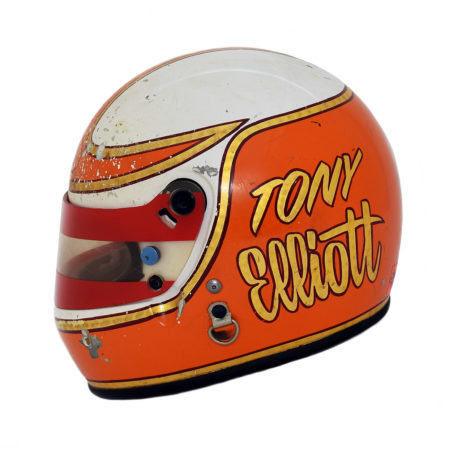 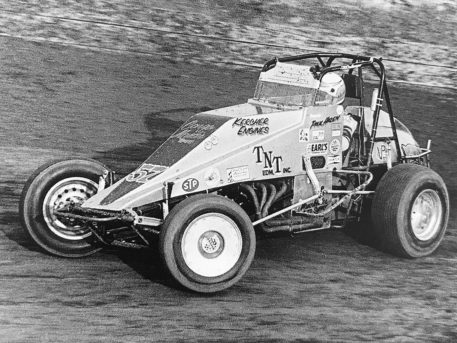 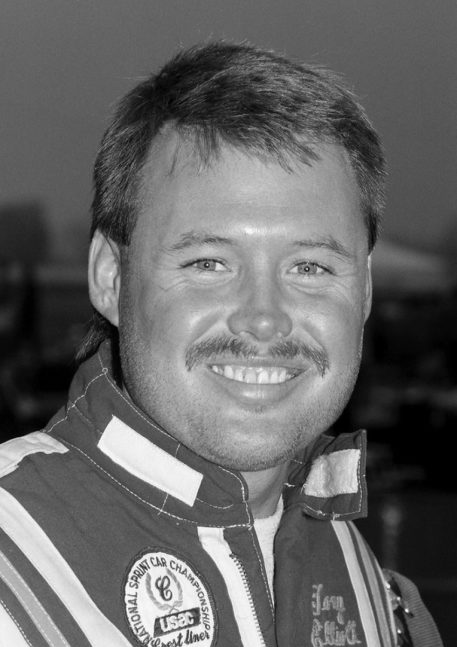 This sharp looking Bell helmet was worn by very popular USAC sprint car driver Indiana born Tony Elliot. He was a two-time USAC National Sprint Car Champion (1998 and 2000) and scored 26 Sprint victories plus nine in Midgets and five in Silver Crown competition. The 2000 and 2001 Hoosier Hundred winner, his wins also included the 1999 “Ted Horn 100” at DuQuoin, the 1998 and 2000 “Sumar “Classic” at Terre Haute, the 1998 “Hurtubise Classic” Sprint at Terre Haute and “4-Crown Nationals” Sprint races in 1987 and 1993 at Eldora Speedway. He also was the 1999 Indiana Sprint Week Champion. Sadly Elliot was killed in a plane crash in 2015, he was 54.

This helmet was used by Elliot during the 1987 USAC season where he won races at Eldora and Hindsdale tracks using this helmet. Hand painted in an eye-catching orange and gold on a white base. It has a band around the front of the helmet widening to a panel to the back. On the top is a three pointed design. Elliot’s name is to both sides in gold. The helmet shows signs of heavy use.