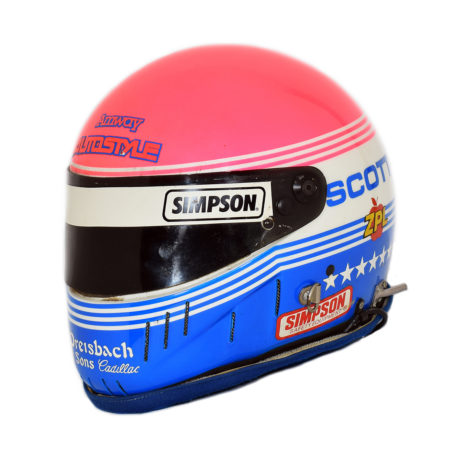 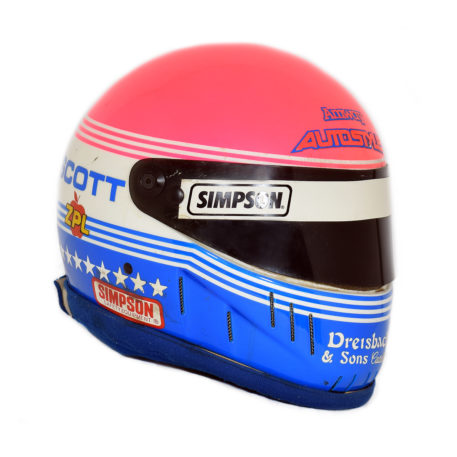 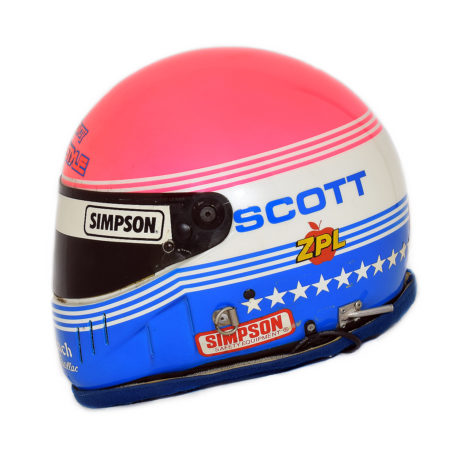 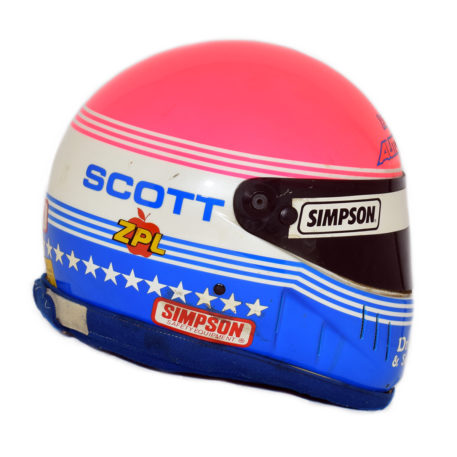 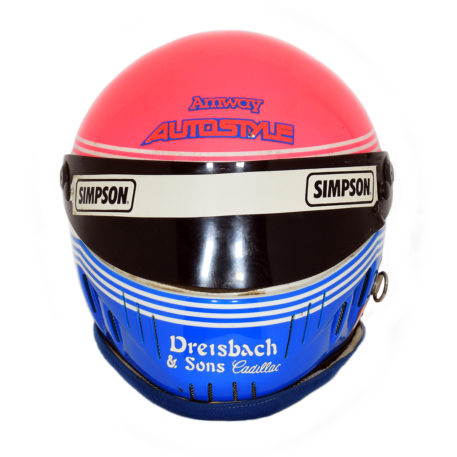 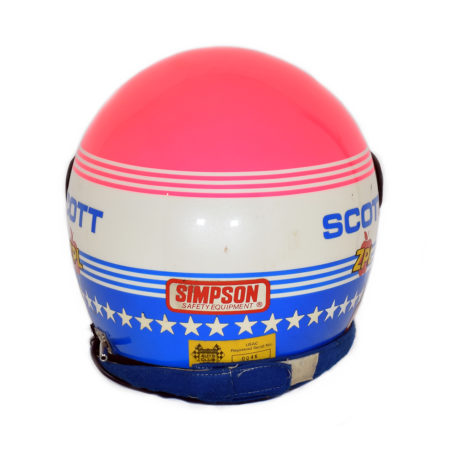 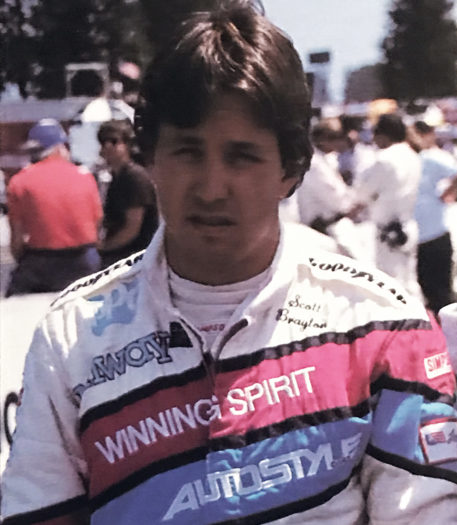 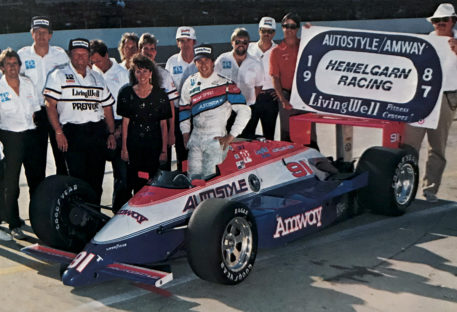 Helmet used as a back up by Scott Brayton during the 1987 CART IndyCar Series. At the time Brayton was driving a March Cosworth for the Ron Hemelgarn Racing team. The team was founded in 1985 and Brayton was used as a part time driver for three years before becoming the full time driver in 1988.

This Simpson helmet was painted for the 1987 races that Brayton would have competed in. This is signified by the Autostyle sponsor decal applied to the top front of the helmet, as this was the only season Autostyle sponsored the Hemelgarn Racing team. The helmet is in the pink, blue and white colors of the teams major sponsor, health and fitness company Amway. It has Brayton’s first name on either side along with other sponsor decals ZPL and Dreisbach on the sides and chin respectively. The helmet also retains its pop of valve fitting and USAC tech sticker to the rear.