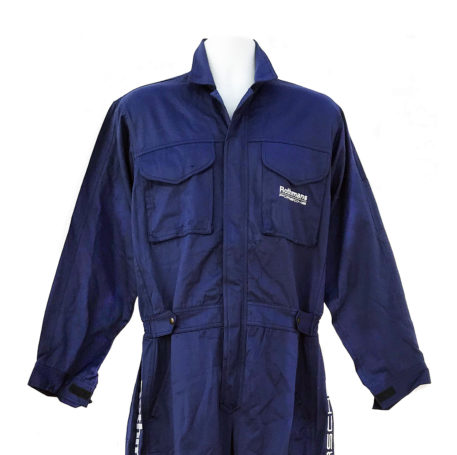 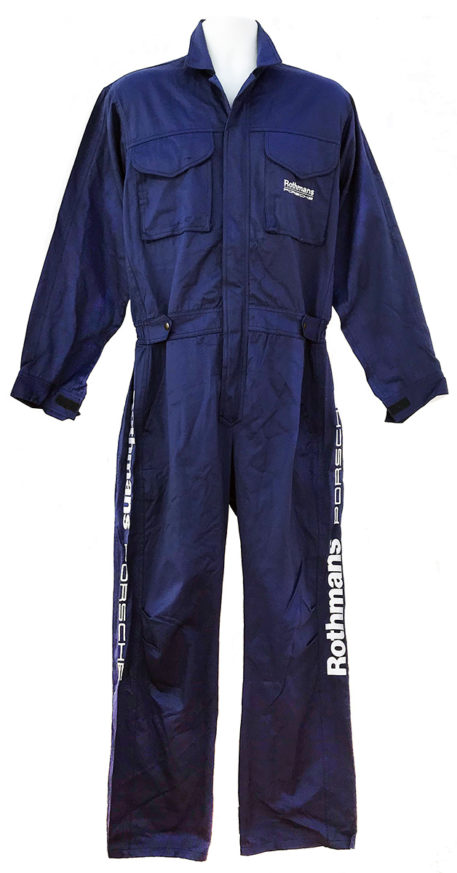 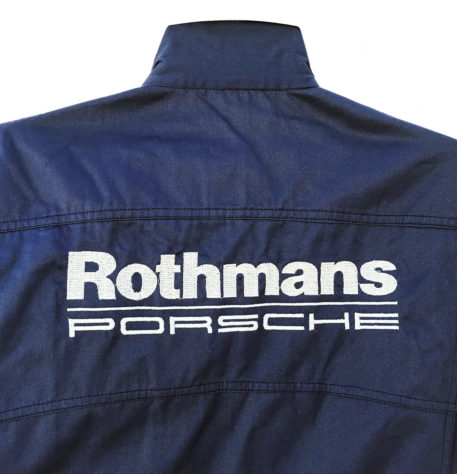 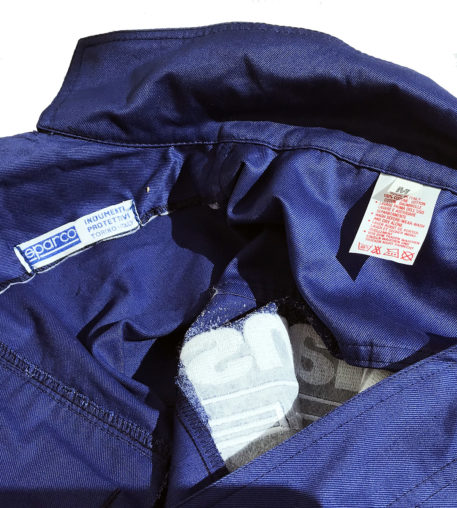 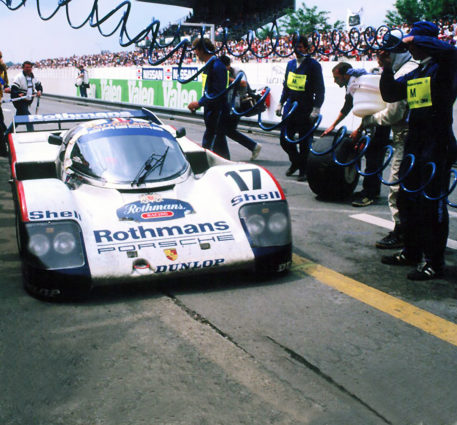 A superb pair of original factory issue Rothmans Porsche mechanics overalls. We have had a few Rothmans Porsche overalls in the past but this pair is one of the best we have had to date. These heavy cotton drill, fitted overalls were produced by Sparco in 1987 and were used by the team in their final year in the World Sportscar Championship The overalls can be seen being worn by the team pit crew team at the 1987 Le Mans 24 hours, as they service the winning #17 Porsche 962 car of Bell/Holbert/Stuck (see pictures).

The all navy blue overalls have the Rothmans Porsche embroidered lettering on the left chest pocket, running down both legs and across the back. The overalls have press-stud waist adjustments and Velcro fastenings on both arms and legs. The size is labeled as Medium and they are in unworn, like-new condition.

The overalls come with a Certificate Of Authenticity. 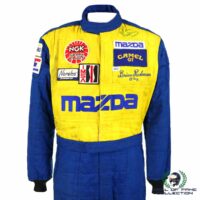 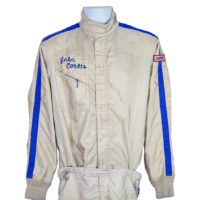