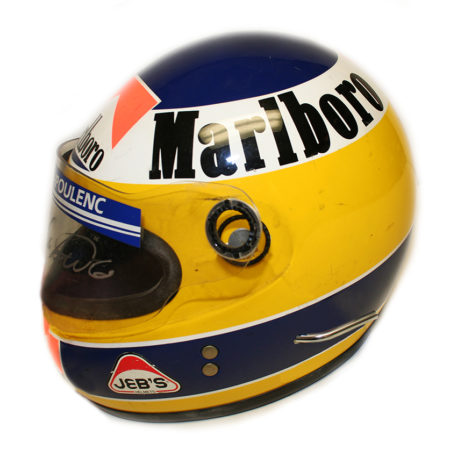 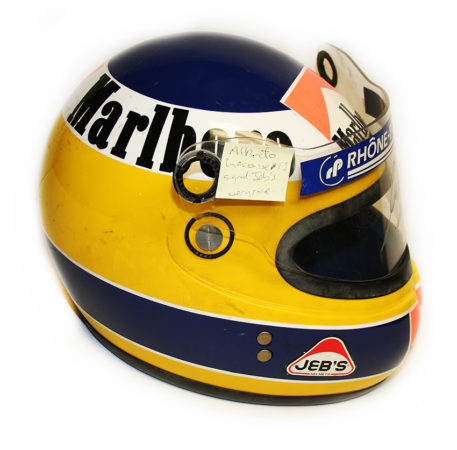 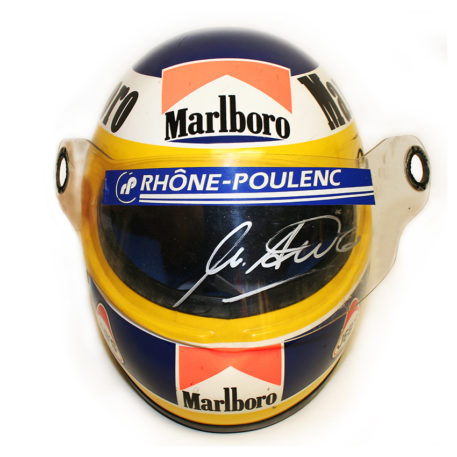 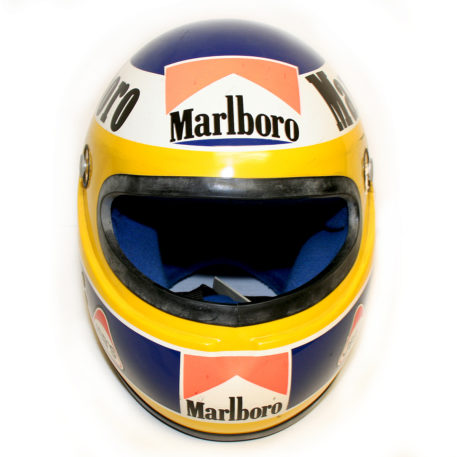 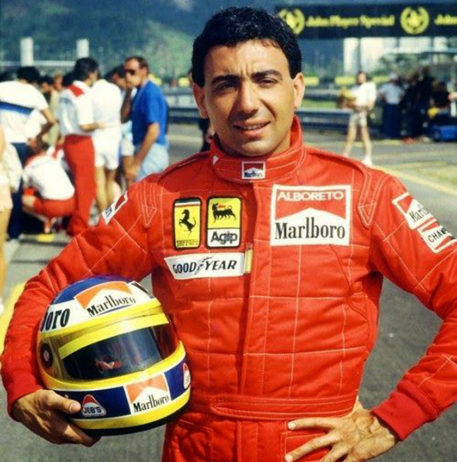 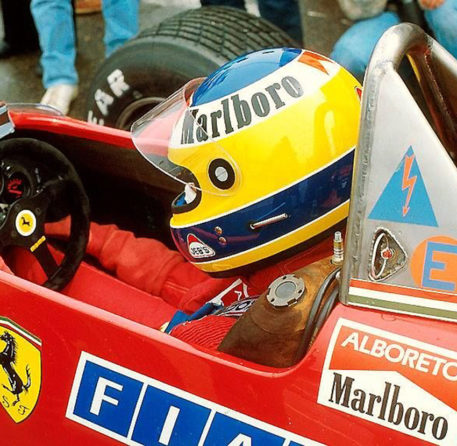 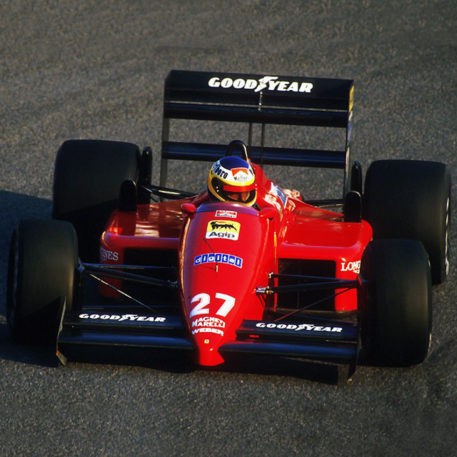 Original and race worn Jebs helmet was used by Michele Alboreto in the 1987 F1 season whilst driving for Ferrari. The original visor bolts are damaged but the helmet comes with an original race worn personally signed visor.

Alboreto is famous for finishing runner up to Alain Prost in the 1985 Formula One World Championship, as well as winning the 1997 24 Hours of Le Mans and 2001 12 Hours of Sebring sports car races. Alboreto competed in Formula One from 1981 until 1994, racing for a number of teams, most notably his five seasons (1984–88) driving for Ferrari.

Two wins, the first in the final round of the 1982 season in Las Vegas, and the second a year later in Detroit, earned him a place with the Ferrari team. Alboreto took three wins for the Italian team and challenged Alain Prost for the 1985 Championship, eventually losing out by 20 points. The following three seasons were less successful however and at the end of the 1988 campaign, the Italian left Ferrari and re-signed with his former employers Tyrrell, where he stayed until joining Larrousse mid-way through 1989.

Further seasons with Footwork, Scuderia Italia and Minardi followed during the tail end of his F1 career. In 1995, Alboreto moved on to sportscars and a year later the American IndyCar series. He took his final major victories, the 1997 Le Mans 24 Hours and 2001 Sebring 12 Hours, with German manufacturers Porsche and Audi respectively. In 2001, a month after his Sebring victory, he was killed testing an Audi R8 at the Lausitzring in Germany.