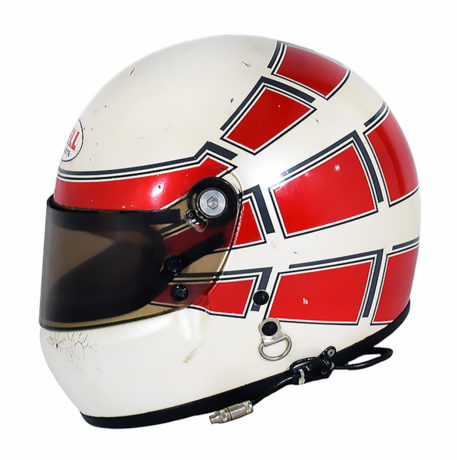 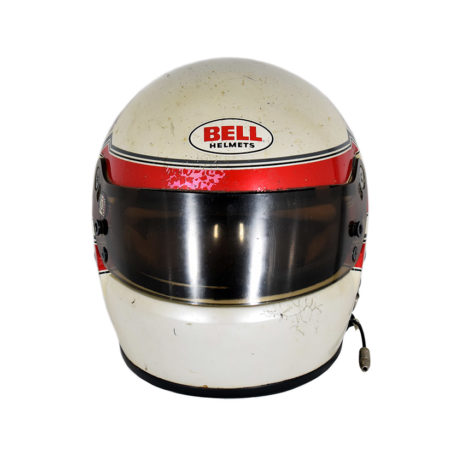 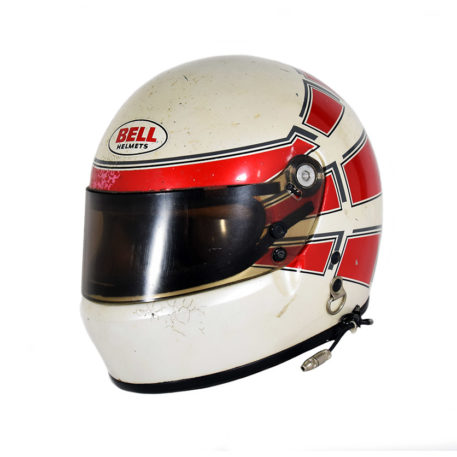 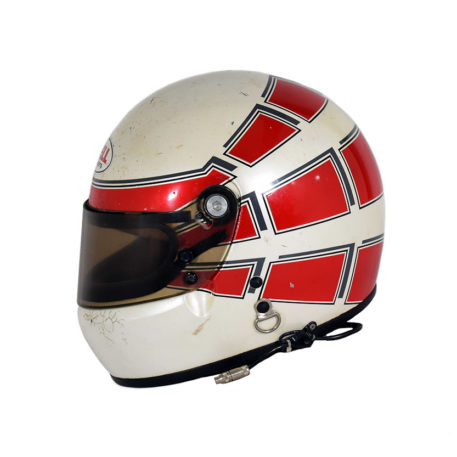 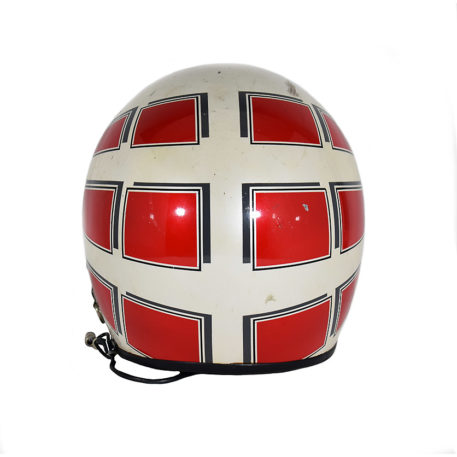 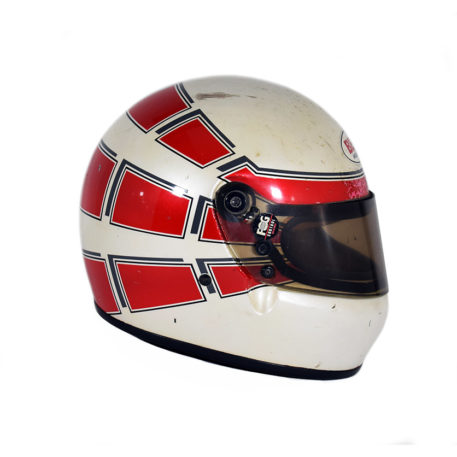 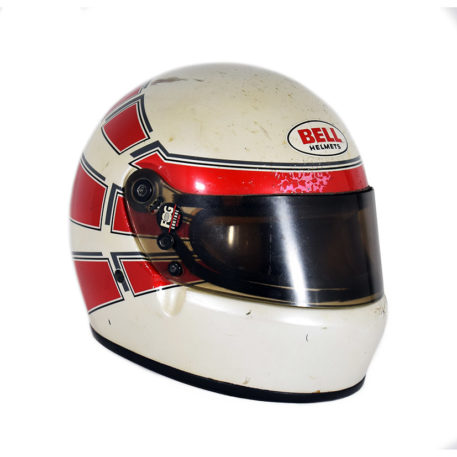 Helmet worn by New Yorker Johnny O’Connell. He would start his career racing in Formula Vee and then moved to the Formula Atlantic series in 1987, winning the Championship and Rookie of the Year awards that year. He spent the 1996/97 season in the Indy Racing League, racing in the Indianapolis 500 and finishing in the top 10 in half of his 4 starts. He also has seven class wins in the 12 Hours of Sebring, more than any other driver, and scored an overall title in 1994. Driving for Corvette Racing, he also won a number of class victories at the 24 Hours of Le Mans and the 24 Hours of Daytona, as well as the 2003 GTS class driver’s championship.

This Bell helmet would have been used by O’Connell while competing in the 1987 Formula Atlantic Series, driving a Ralt RT4/86 for McNeill Motorsports. It shows signs of heavy use as a result. The pearl white base color has O’Connell’s custom design of three lines of metallic red oblongs, shadowed in black, that run around the middle of the helmet.

This helmet was part of the Ron Burton Collection and comes with a Certificate Of Authenticity,

Note: The photo posted here of O’Connell racing does not show this particular helmet, but another one he used during his junior career.