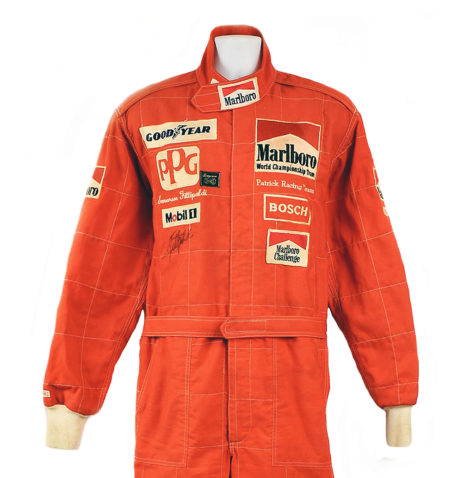 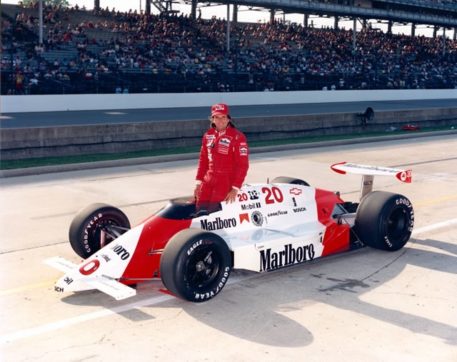 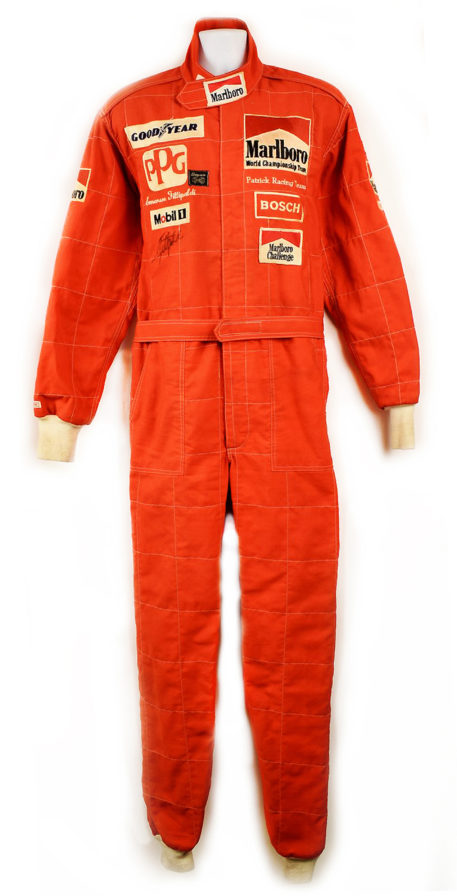 Emerson Fittipaldi won 2 Formula 1 World Championships, 2 Indy 500’s and the 1989 CART Championship, the only man in history to achieve this.

This race worn suit was used at the Indy 500 and several other races during the 1987 CART Indycar season.

Emo’ would go on to win the 1989 Indy 500 and IndyCar Series title with the Patrick Racing team.

Your chance to own a race suit from one of the legends of motorsport.

Tobacco sponsored suits are a hard find and are highly saught after. This suit has been hand signed by Fittipaldi and comes with a COA.