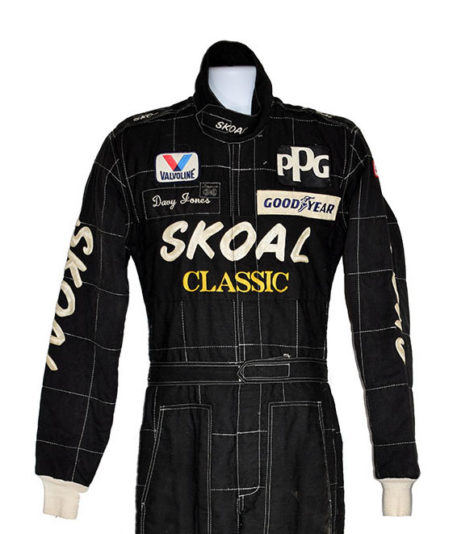 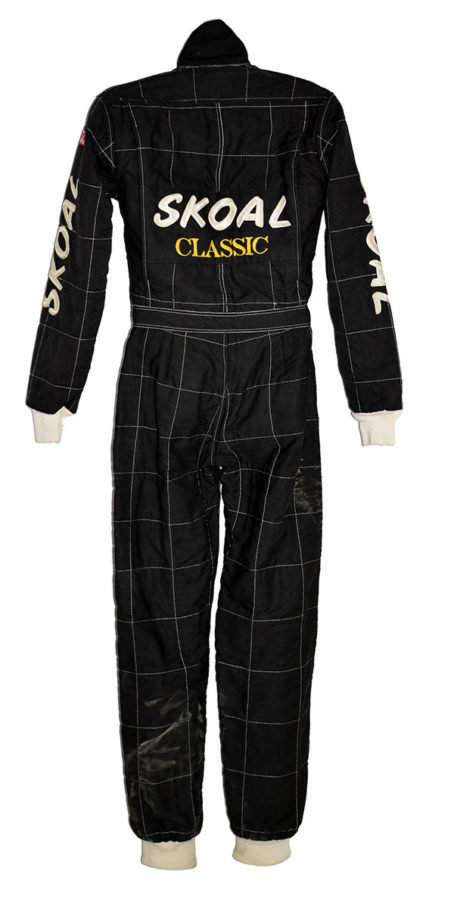 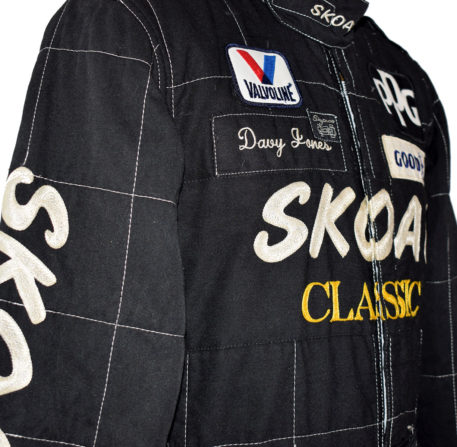 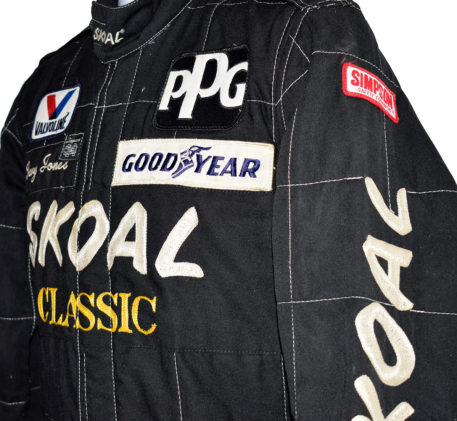 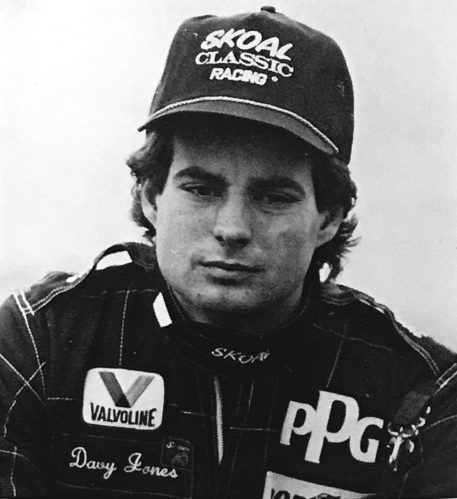 Suit worn by American IndyCar and Endurance Sportscar driver Davy Jones. He cut his teeth in motor sports in Formula 3 and super Vee cars, before moving in to IMSA and IndyCars. This suit was used during three races (Michigan, Nazareth and Miami) in the 1987 CART IndyCar series, where he drove for A.J. Foyt’s racing team in a Skoal Classic March Cosworth.

The all black Simpson suit has major team sponsor’s Skoal Tobacco products branding placed prominently on the neck and arms, as well as on the front and back of the suit. Jones name and Valvoline patches are sewn on the right chest along with PPG and Goodyear patches on the left chest.