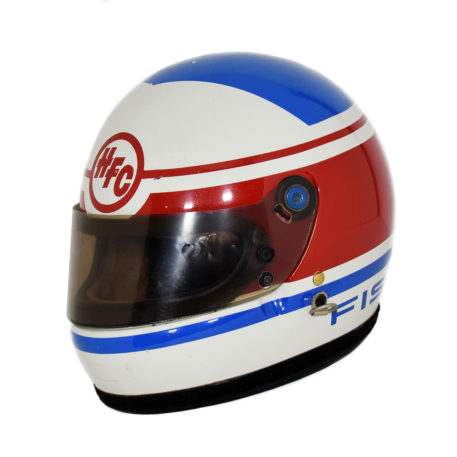 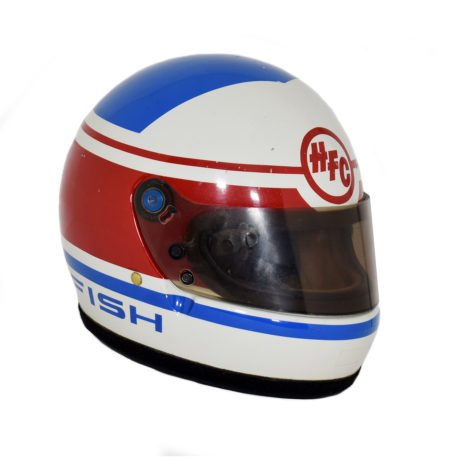 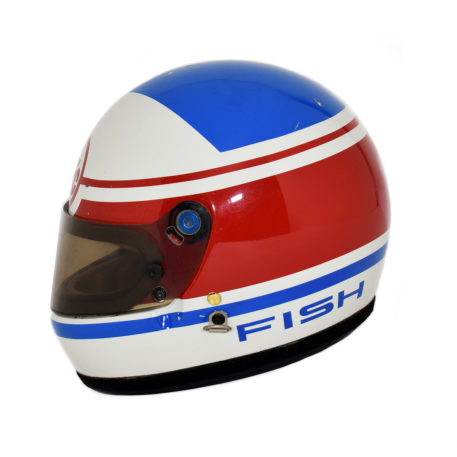 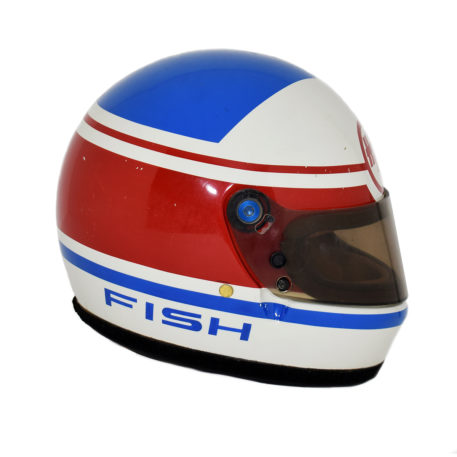 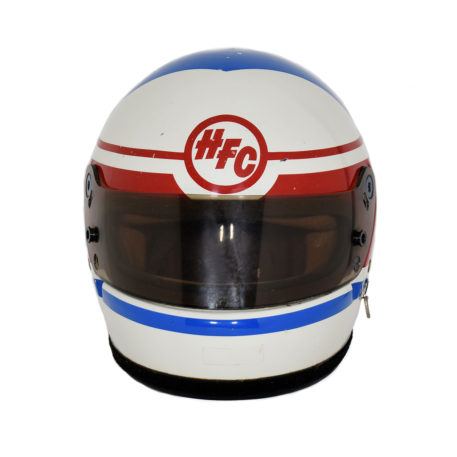 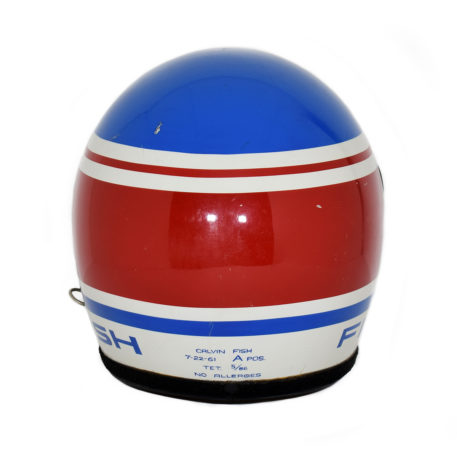 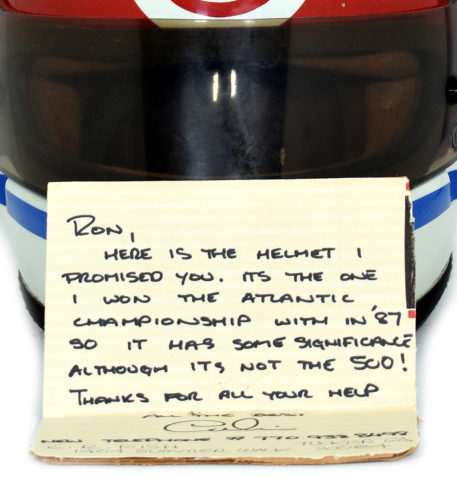 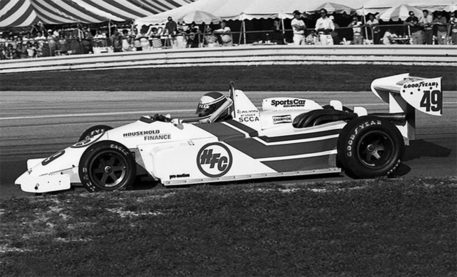 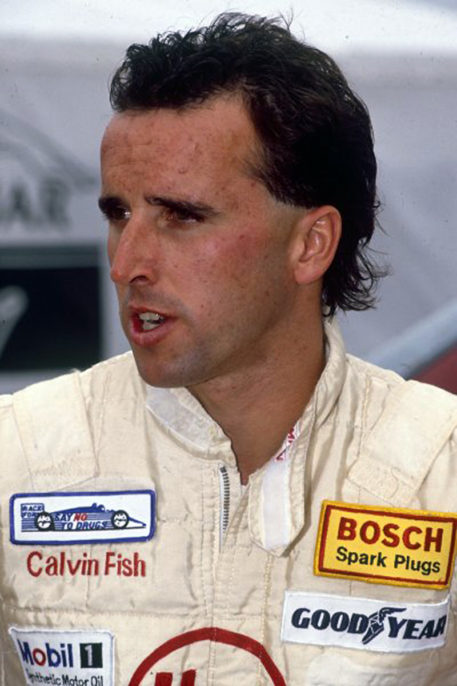 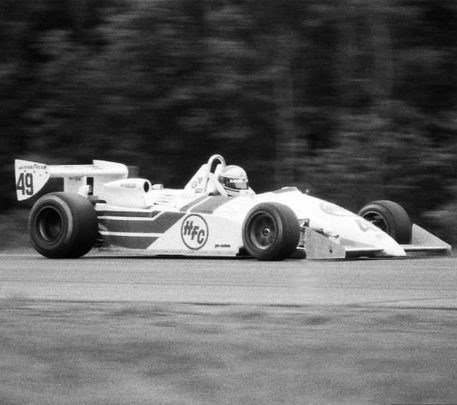 Calvin Fish began his career in kart, he then moved to Formula Ford in 1979 and then British Formula Three. Calvin is featured in many accounts of Ayrton Senna early career. Fish and Senna were fierce rivals in the junior formulae in the UK. Both had the utmost respect for each other, hence, the acknowledgement of Fish in any of the books written about Senna. Fish is one of the few drivers to beat Senna in F3 and F2000. He then relocated to the United States and competed in various classes of Sportscar competition as well as IMSA GT. He was the 1987 Formula Atlantic champion and then made fourteen starts in the Indy Lights series. He returned to sportscars and was the GTO class winner at the 12 Hours of Sebring and 24 Hours of Daytona in 1990. Since retiring from active competition Fish is currently a sportscar racing analyst and commentator on American T.V.

This helmet is one worn by Fish while winning the 1987 Formula Atlantic Series driving a Ford powered Ralt RT4/87. The white base color has a blue chevron half on its top. Just below is a thin red band that circles the helmet with the team sponsor ‘HFC’ (Household Finance) logo in a roundel to the front. A thicker red band runs around the centre and a thinner blue one is below. Fish’s name is to either side in blue. There is and accompanying letter confirms Fish wore this helmet in the championship winning season.