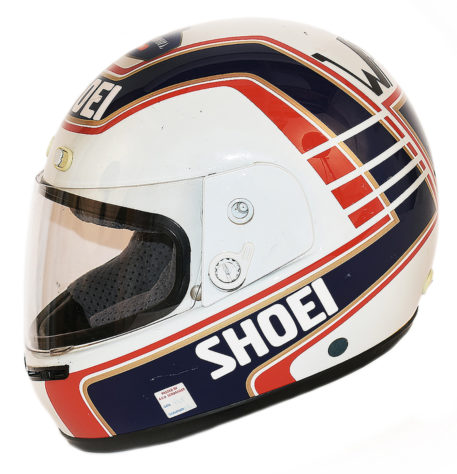 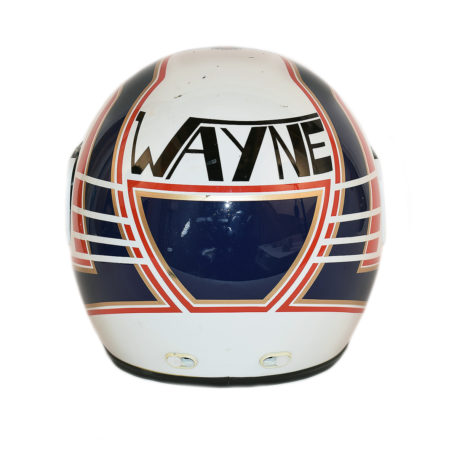 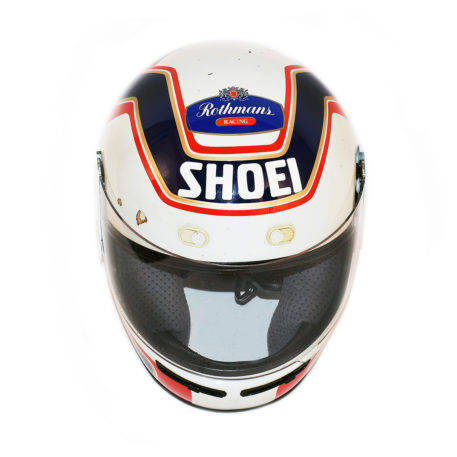 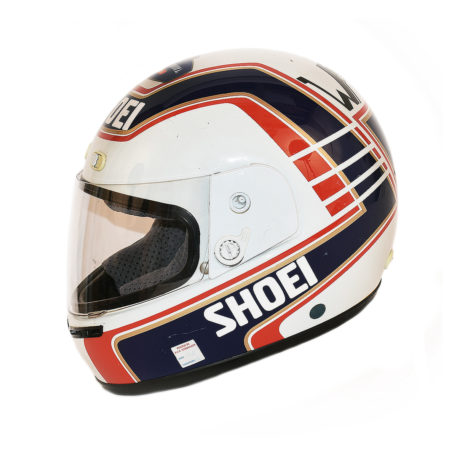 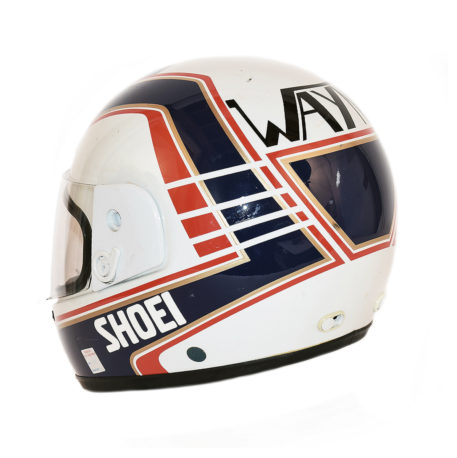 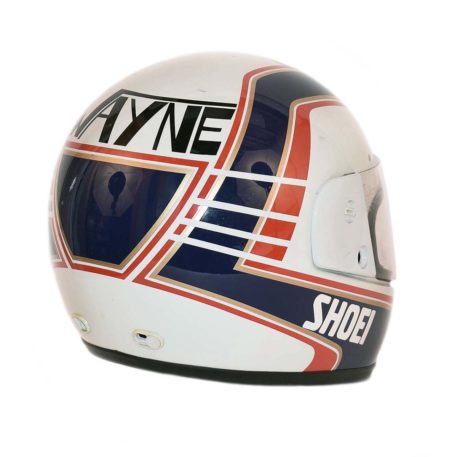 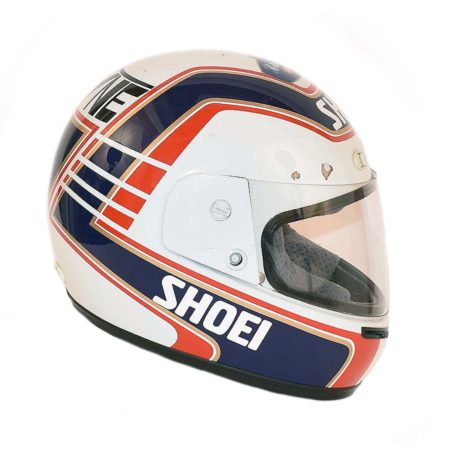 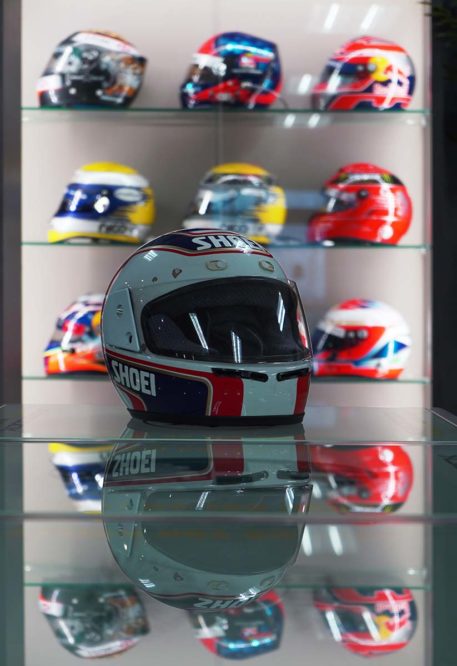 Race-used helmet worn by Australian 500cc motorcycle ace Wayne Gardner. The helmet was worn during his 1986 500cc Championship run in which Gardner, riding a Rothmans Honda NSR500, finished runner-up after scoring 10 top-five finishes, including two wins in the eleven race series. This season paved the way for Gardner to become the first Australian to win motorcycling’s premier class in the following 1987 season. Gardner also went on to be a top-class Australian Touring Car driver after retiring from motorcycle racing.

This Shoei helmet bares the colors of major sponsor Rothmans and has ‘Wayne’ painted on the rear. We also have the matching 1986 race-worn Wayne Gardiner boots in our inventory. Please refer to our listings.

The helmet and boots can be seen being used extensively in this fascinating documentary video of Gardner’s rise to greatness.  https://www.youtube.com/watch?v=isi3dhzn8-Y