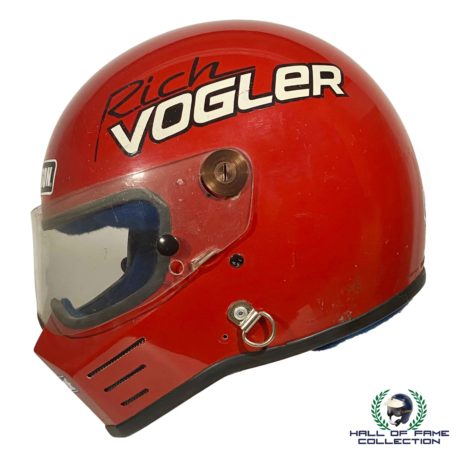 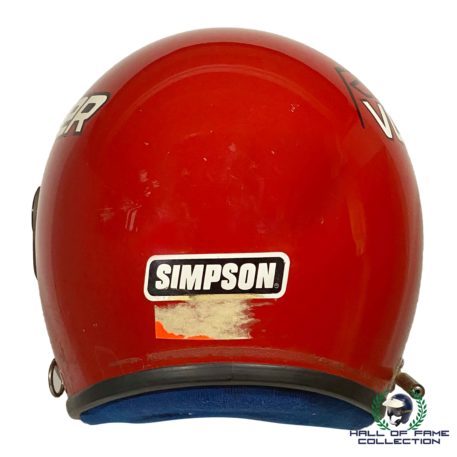 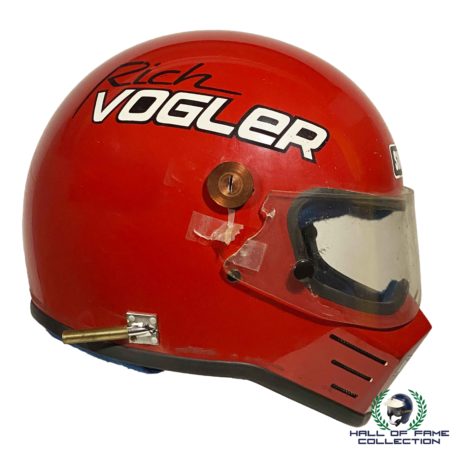 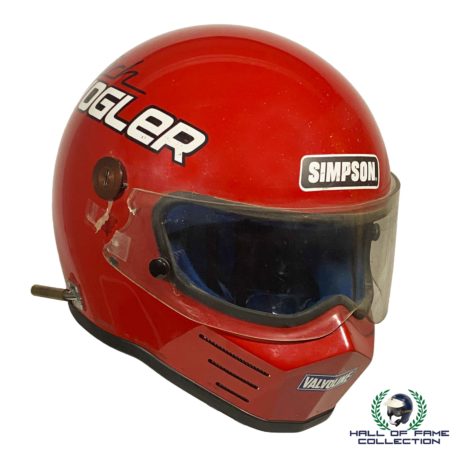 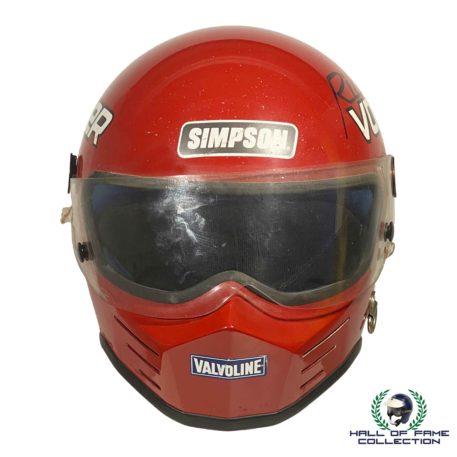 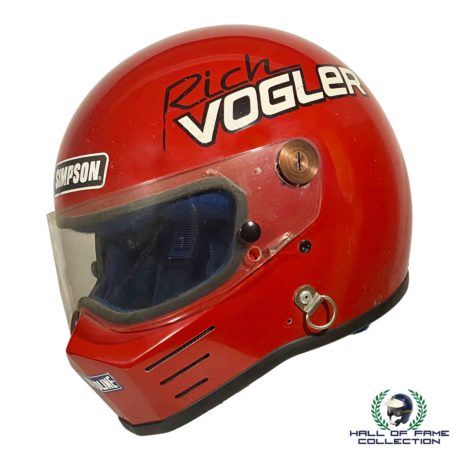 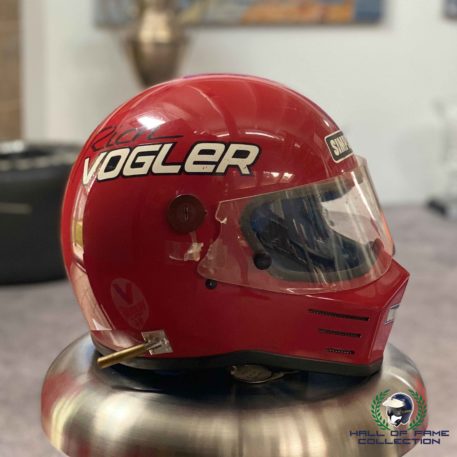 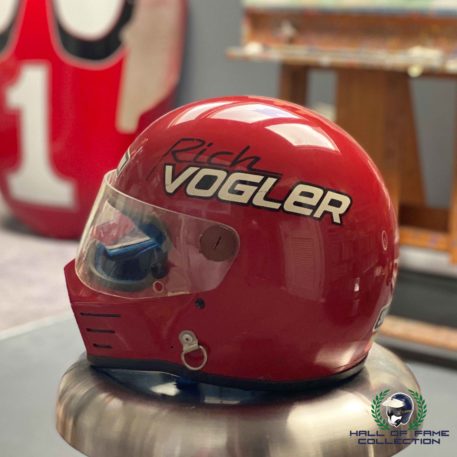 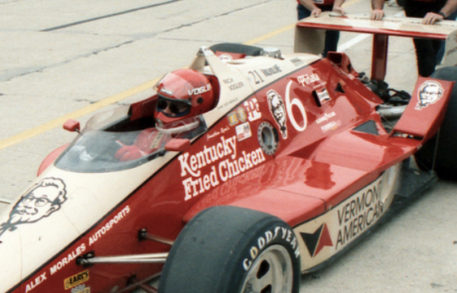 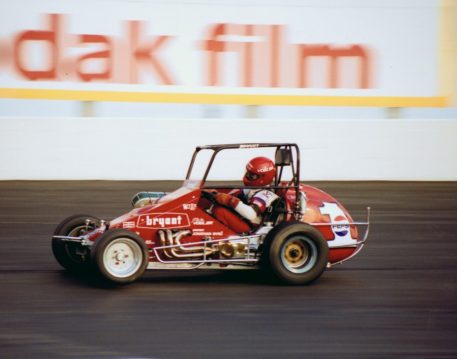 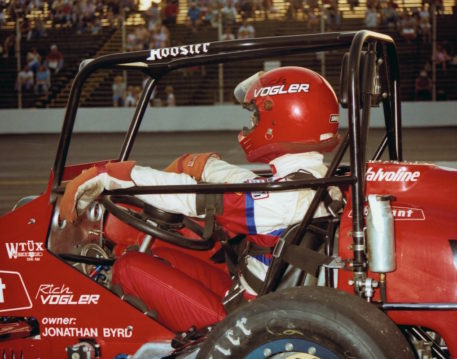 This Simpson helmet was worn by Rich Volger during the 1986 Indy 500 as well as many Sprint and Midget Car races from 86-89.

Rich Vogler was a legend, and a racer for all types of tracks and seasons. He stands second only to A.J. Foyt in terms of USAC short-track wins (with 171), and he won more than 200 races of other sanctioning bodies. He made five Indianapolis 500 starts, as well as a couple starts in NASCAR races. His first Indy start came in 1985 with Patrick Racing, and his best finish in the “500” was an eighth place in 1989.

Vogler was just a week shy of his 40th birthday when he lost his life in July of 1990 in a Sprint Car crash at Salem Speedway in Indiana. He still had so much more to give to the sport, but what he was able to accomplish in his racing career is simply remarkable.

The Chicago native won the 1987 Chili Bowl Nationals and was a two-time USAC Sprint Car champion, as well as being a five-time USAC National Midget Champion. He was postumously inducted into the Sprint Car Hall of Fame in 1992 and the Motorsports Hall of Fame of America in 2010.

Do not miss this very rare opportunity to own such an iconic helmet for your collection today.